This design method is to break away from structuring the class name. I personally thought it and it is currently a poorly proven method. Please note.

For convenience, this design method is referred to as VIC（Var(), Inline, Custom property) in this paper.

VIC can also be applied to some development methods such as atomic design and components, etc.

I hope it will be helpful for somebody. Also, if such a design method already exists, I would appreciate it if you could teach me.

There are three important elements of VIC.

For the explanation of each function, refer to the following "Supplement".

Rather than styling by class name structuring like BEM, styling is done by inline description (style attribute) scope and custom properties.

A specific example is as follows.

In this way, it was a single CSS, but different styles were applied by custom properties.
Conventionally, CSS selectors for headers, CSS selectors for sidebars, etc. were required, but VIC does not need them. If there is only one VIC-compliant CSS selector, it can be supported all.

The benefits of VIC are as follows.

In addition, it works well with CSS scoped libraries like React and Vue.
The disadvantages are as follows.

However, I don't think the last it is not a big problem.
With traditional CSS design, styles are divided by adding class names and structuring.
On the other hand, in VIC, it is divided by a few class name and style attribute. VIC takes more time and amount of description, but if the standard value (second argument of var ()) is set appropriately, the style attribute to be written will decrease, and it will not be a big task to that extent.

Above all, the benefits of simplified and highly shared CSS are greater.

Although this VIC has great benefits, I think now that VIC should not be applied in addition to the layout.
VIC significantly increases the style attribute at the cost of reducing class names and CSS.
If all styles are done with VIC, there is no doubt that HTML becomes spaghetti due to the enlarged style attribute.

The following describes how to write CSS suitable for VIC.

The setting of the standard value is particularly important. If you set a value that is not used frequently, you will need to correct it with the style attribute each time.

> * is a selector that points to all the child elements directly below.

Supplement: What is inline description?

This is a way to define CSS with HTML style tags and style attributes.

This way HTML and CSS cannot be separated, it was considered bad for CSS design.
Even when the design is changed, the style tags and style attributes are rewritten. It was a bad task.

Within the inline description, the scope of the style attribute is within the described HTML tag.
VIC uses this scope to separate styling. 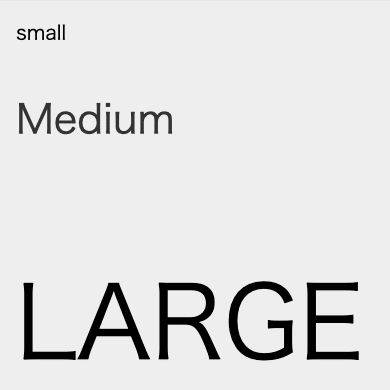 In this way, multiple styling is possible with a single CSS.

Supplement: What are custom properties?

This function allows you to declare variables with CSS.

Code example: When-is added to the beginning of a sentence, it is defined as a variable and can be called with var().

Code example: It is also possible to write inline from HTML through the style attribute.

var() is a function that calls a custom property and can specify up to the second argument.

If the first argument (--some-color) is not defined, this second argument (black) is used as the value.

Supplement: How to try

iota is recommended as a library to try out VIC.

This is a library using CSS grid, and it is possible to create a rich layout with only 584 bytes. It has the same design as the VIC (or rather the original material) and I think it is perfect for trying it out.

I also created a VIC library that supports flex and position, etc. (under development).

Currently it supports Flexbox,CSS grid,position,align/gap.
The document is still in production, but if you check the linked MDN and the comments in the _variable.scss file, you can understand to some extent. The configuration is very close to iota.

Please give me your opinion!

How to move background image on scroll