Alright, here's where it starts to get weird. Consider the following code:

We're dropping our first paragraph into a containing <div>, but the margins will still collapse! 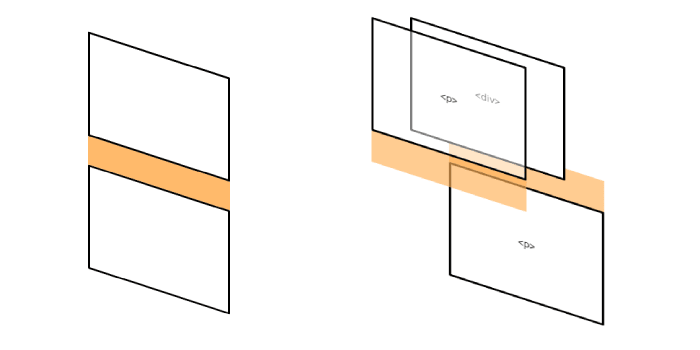 How can this be? Well, it turns out that many of us have a misconception about how margins work.

“But that can't be!”, I can hear you saying. “I've used margin before to increase the distance between the parent and the first child!”

There are some conditions that must be satisfied in order for the margin to be transferred to the parent (and collapsed): 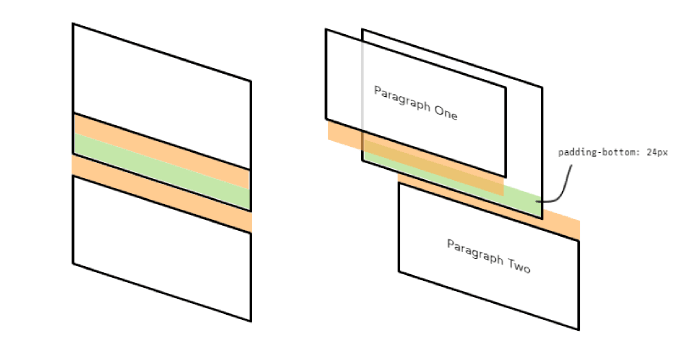 You can think of padding/border as a sort of wall; if it sits between two margins, they can't collapse, because there's a wall in the way. The width doesn't matter, either; even 1px of padding will interfere with margin collapse.

Why I Get Up at 4am Every Day