Finally, we have one more factor to consider: negative margins. 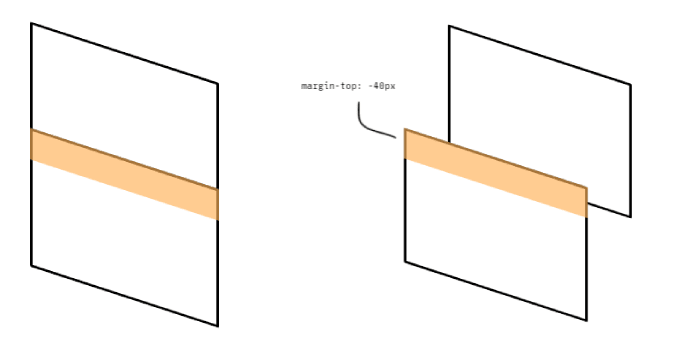 What about when negative and positive margins are mixed? In this case, the numbers are added together. In this example, the -25px negative margin and the 25px positive margin cancel each other out and have no effect, since -25px + 25px is 0.

Why would we want to apply margins that have no effect?! Well, sometimes you don't control one of the two margins. Maybe it comes from a legacy style, or it's tightly ensconced in a component. By applying an inverse negative margin to the parent, you can "cancel out" a margin.

Of course, this is not ideal. Better to remove unwanted margins than to add even more margins! But this hacky fix can be a lifesaver in certain situations.

You’ve already scrolled down this far, why not join our community of 900k+ developers all learning together?