First, you have to input a paragraph and after that, ask some questions from that paragraph. Finally, Rolarbot will give you the best answers and the scores.

This tool mostly important for high school and university students. I developed this tool using TensorFlow NLP model. also BERT. BERT aka bidirectional Encoder Representations from Transformers is a transformer-based machine learning technique for natural language processing pre-training developed by Google. BERT was created and published in 2018 by Jacob Devlin and his colleagues from Google. 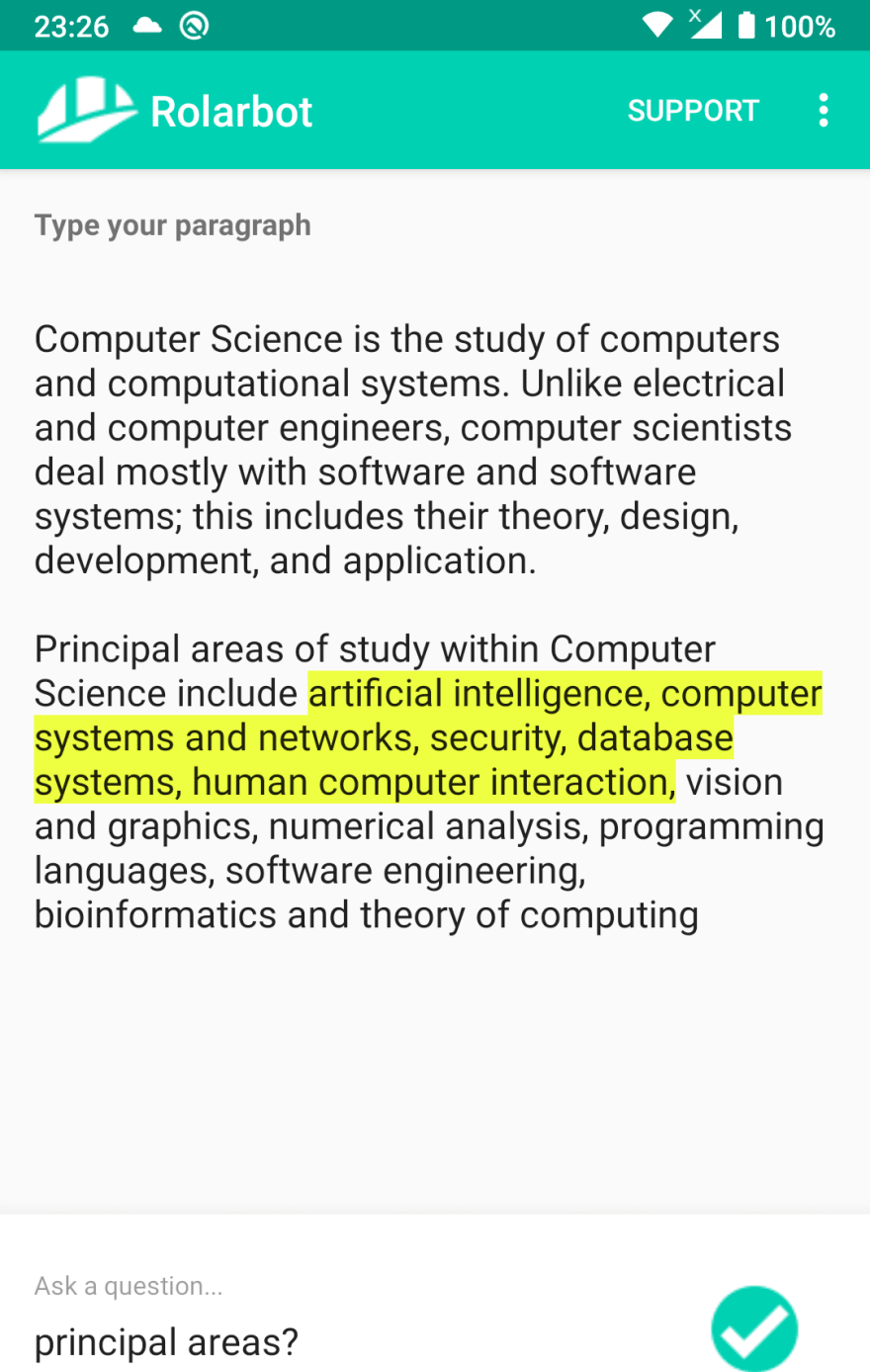 Now you can install the RolarBot android app from the play store. That mobile app is 20X faster than RolarBot web.

Give your feedback after using the mobile app.