Hello, my name is Kiya Abdulahi and I'm new to the Dev community! I'm beyond excited to learn from all of you and contribute back to Dev!

I come from a technology operations background. I've worked as an Incident Response Manager at Target for a little over two years. In that role, monitoring the health of applications/infrastructure and being able to respond to sudden degradations or outages was extremely critical. It's only right that I have strong feelings about how observable applications are.

Although observability sounds very much like a new tech buzzword, it has been around since the early 1930s.

In control theory, observability is a measure of how well internal states of a system can be inferred from knowledge of its external outputs. — Wikipedia

If our applications are not observable, no amount of eyes on glass monitoring will be sufficient. Far too often we make the mistake of building dashboards and alerting after a major outage. As the architecture of our applications become more complex, this approach no longer scales. We have to build observable applications from the jump!

Okay, I'll get off my soapbox now and get to the good stuff!

The Elastic Stack was developed by Elastic and is arguably the most popular, Open-Source, log management platform today. It consists of Elasticsearch, Logstash and Kibana.

Let's start by opening up our favorite terminal (mine is iTerm2 with ohmyzsh configured) and create a few directories and files by running:

Now let's open up our elastic-stack folder with our favorite code editor or IDE (I'm using Visual Studio Code for this example) and start configuring our Elastic Stack.

Inside our elasticsearch.yml file, paste in the following:

Inside our kibana.yml file, paste in the following:

Inside our docker-compose.yml file, paste in the following:

Now let's run the following command to build and start our docker containers!

Test if Elasticsearch and Kibana are running

You can do this via your favorite browser. 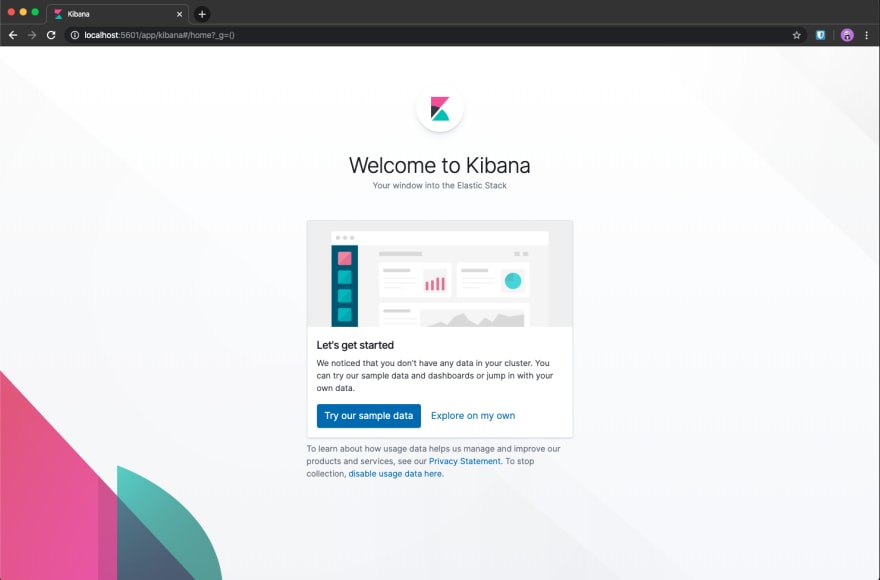 You did it! You now have a dockerized instance of Elastic Stack running locally on your machine!

You can find a copy of the dockerized Elastic Stack configuration you just put together here.

This is the first part of an Elastic Stack series I'm writing. Be sure to stay tuned for the following: