In today’s world, everyone has an opinion on which type of web development skill is more important: Front End Or Back End Web Development?

To help you make your decision, we’ll take a look at both sides of the argument to see which will bring you to the next level in your career. Let’s jump right in!

Why Do Companies Need Developers?

There are two main types of developers: front-end and back-end. Front-end developers specialize in creating what people see when they access a website; they create things like buttons, text, images, etc. They are often called upon to create new pages, edit old ones, optimize code so that it loads faster, etc. Often times you don’t know you’re interacting with a front-end developer because their work is on what people see and not how they interact with a website. But at its core, websites need both types of developers for them to function properly. For example, if someone is using Chrome or Safari and trying to access your site that relies on JavaScript or CSS – all those fancy features will do nothing without back-end development! So knowing front-end web development doesn’t mean you can forget about back-end web development entirely. 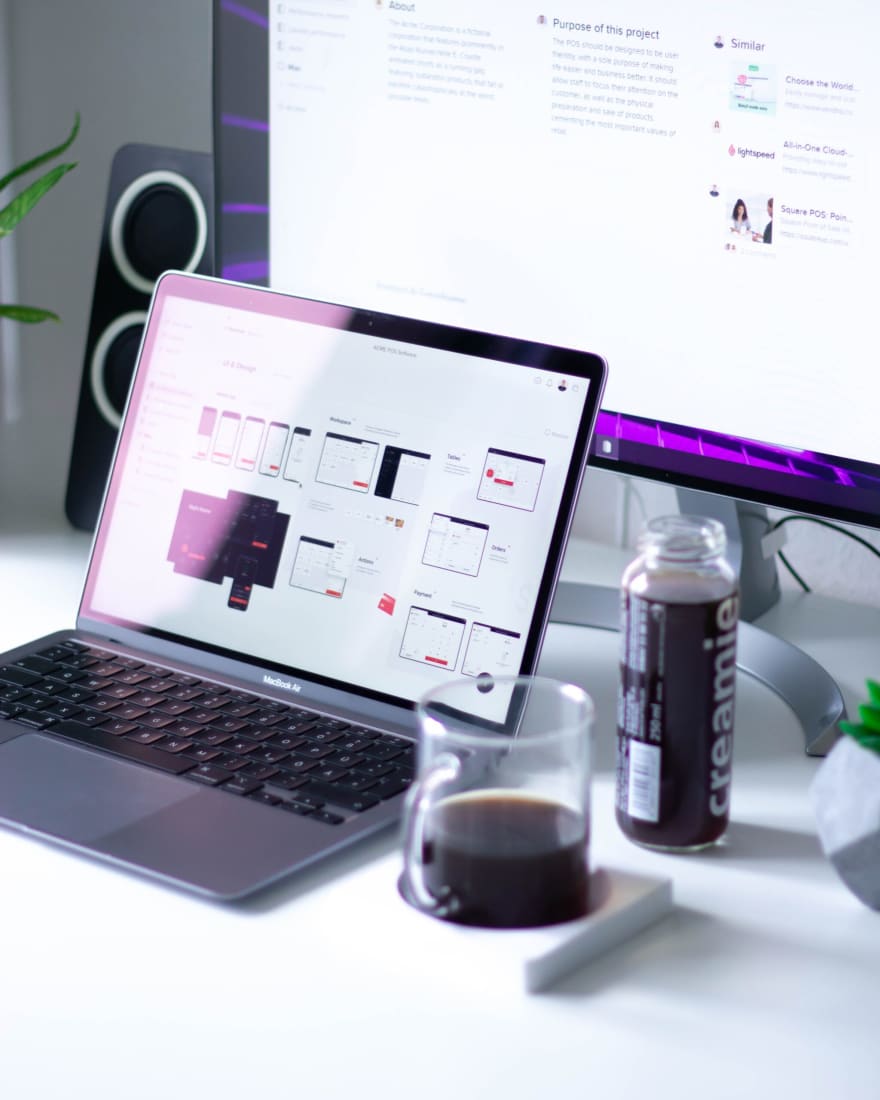 One does not exclude the other. Instead, you should try learning about both front-end and back-end programming languages so that no matter where life takes you (and which company needs you), there will always be opportunities. In fact, some companies prefer hiring developers who have experience with both front-end and back-end web development rather than just one or the other. And while many tech recruiters say that most companies want to hire full-stack devs — meaning devs who have experience building from start to finish — only 39% of computer science graduates actually have full stack experience from college! If anything, that statistic shows how important it is to learn multiple aspects of web development.

Bottom line: don’t worry too much about specialization as a front-end or back-end web developer since you’ll likely need to pick up something new later on down the road anyway. If anything, generalizing yourself as an engineer helps make you more employable overall because generalists are way more valuable in most industries than specialists. Think Steve Jobs didn’t know Mac’s weren’t going to take off until he started working with Apple? Think he wasn’t designing business cards before that?

How To Become A Developer

When I started learning how to code, I noticed that some people in online forums and communities called themselves front-end developers, while others called themselves back-end developers. At first, I didn’t quite understand what that meant and wanted to know if it was possible to focus on one or another. Would you still be able to get a job as a developer if you focused on just one area of web development? In short: Yes. Though your chances of getting hired might vary based on where you live and who you’re looking for work with. To be clear, you can certainly specialize in certain areas of web development like design or coding. However, employers generally look for applicants who can fulfill both roles—back-end AND front-end—when hiring full-time positions. Why is that? Depending on whom you ask, there are two reasons why organizations prefer employees capable of being jack-of-all-trades when it comes to software engineers (coders) and designers (visual designers). The first is skill diversity. The second is specialization safety. Let’s take a look at each. 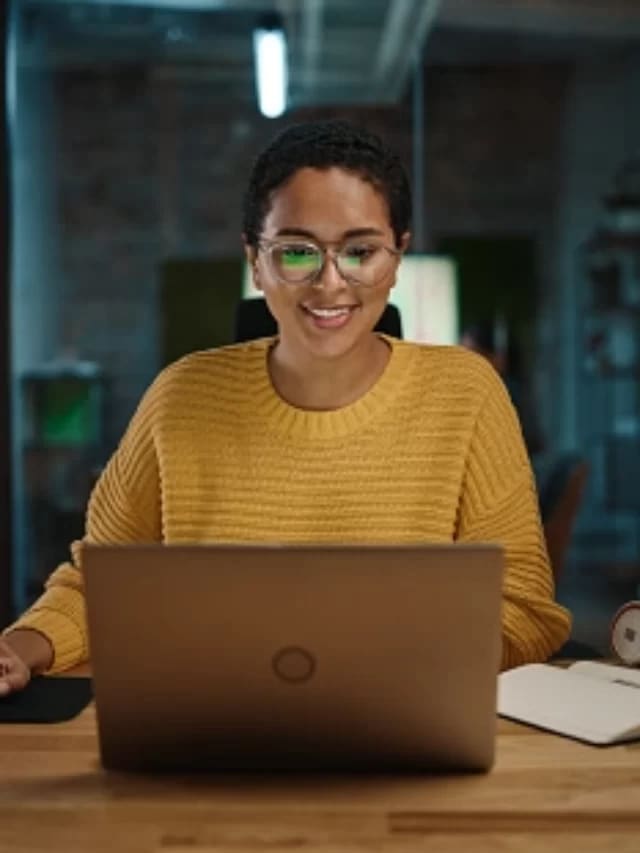 One Developer Can Bring Depth And Different Perspectives To A Project If a single employee has experience handling every aspect of development from start to finish, they can create solutions that reflect a deeper understanding of requirements and preferences across all parties involved in creating digital products or platforms. But front-end web development requires knowledge of programming languages such as HTML, CSS, and JavaScript; whereas back-end web application usually necessitates skills in programming languages such as C#/.NET; Java; SQL; Python… Each language offers its own nuances related to data types, file management systems, syntax rules & code libraries/packages which means knowing one language doesn’t mean you automatically have knowledge about many others.

Read about Learn a coding language for Backend Development

Difference between front end and backend

Before diving into specific technologies, let’s begin with what front-end and back-end mean. In short, front-end web development is designing user interfaces while back-end web development deals with logic. You may have heard these terms colloquially referred to as being on either side of an API or network call. If a user hits a URL for a website’s homepage (index), then that would be a front-end request. When you fill out a form, hit submit, and see new data appear in real-time, that is considered to be using JavaScript and hitting a back-end service—and it happens nearly instantaneously because of how fast servers can be today. This is possible because front-ends and back-ends are two separate systems: they don’t share any memory or processes. These two work together harmoniously by passing along structured data between them via APIs; at some point, they will pass around JSON or XML payloads like superheroes handing off files in a hostage situation.

The front end might talk to multiple backs ends over time, which could include cloud storage providers like Amazon S3, file storage services like Dropbox, financial services such as Stripe, authentication providers such as Auth0, email marketing platforms such as Mailchimp, payment gateways such as PayPal Pro Payments Standard…the list goes on and on. Many times front-end developers won’t even know what kind of technology their backend provider is running on. All they care about is whether or not their application performs consistently given specified inputs and outputs.

Why should not learn backend development first

In my opinion, it is not worth spending any time learning to code on a backend language (Ruby or Python) until you have at least a basic understanding of HTML, CSS, and JavaScript. I think most people will make faster progress by first focusing on learning front-end development and then slowly moving towards backend development once they have already mastered some of the front-end languages. Why should you learn front-end web development first: Learning about HTML, CSS and JavaScript can be helpful for learning other programming languages in the future. If you are just starting to learn how to code, try to focus on topics that will give you transferable skills that can be applied over multiple programming languages rather than focusing on learning one specific language. This can help increase your speed of learning because you won’t have to spend as much time relearning similar concepts again when you start using another new language.

So unless you plan on only ever working with Ruby/Python don’t bother with them yet! What kinds of projects would benefit from front-end web development vs backend web development: This really depends on what type of work you are interested in doing. If you want to do more front-end related work like creating interactive interfaces or games then learning front-end development makes sense. But if you are more interested in doing pure back-end tasks like creating APIs and data storage systems, then I wouldn’t invest too much time in learning front-end languages right now. Instead, I would continue improving my back-end skills before worrying about HTML/CSS/JavaScript too much because it’s hard to go into many job roles knowing just server-side scripting. However, if you already have significant experience with back-end coding and still want to know more about front-end coding there is nothing wrong with putting more emphasis on mastering those tools also!

Oftentimes, learning how to code on a particular platform or technology is best done by studying examples of finished products. But in most cases, these examples are implemented in languages that are different from those being taught. If you’re learning backend development first, you will run into a sort of chicken-and-egg problem: Can you really write back-end code until you understand object-oriented programming (OOP), but can’t really learn OOP until you can write back-end code? And if you’re learning front-end development first, your work will be something of a guessing game.

Will my JavaScript functions work with what’s going on at the server level when I make my Ajax calls? Does my CSS know what fonts and colors should be showing up on the screen? What happens behind the scenes as a result of me calling an API with JSON data as an HTTP request? Do all of these puzzle pieces actually fit together as well as they should, or am I missing some vital information—or worse yet, an entire portion of logic—that’s crucial for understanding how my website works as a whole?

These are two extreme examples; don’t let them intimidate you. In all likelihood, your own experience won’t perfectly mirror either scenario—but hopefully, it will give you some insight into why it might not be ideal to mix front and back-end web development while learning both concurrently.

That said, there is an exception: if you want to become a full-stack developer. Full-stack developers master both front and back-end technologies. They know what’s going on behind the scenes of every page they build and understand how to translate that knowledge into code that actually runs on a server or client computer via HTML, CSS or JavaScript (or Python or Ruby or Java or any other number of programming languages). Full-stack developers can usually pick up a new technology within hours or days rather than weeks because they have so much prior knowledge from working with other technologies in their previous work experiences.

So what should you do if you have an interest in front-end development but not so much interest in building backend functionality? Honestly, while one might seem more glamorous than another based purely on perception, that doesn’t mean there isn’t value to be found by focusing on one over another. Ultimately, your greatest skills will likely come down to your personal interests—and you may find yourself feeling bogged down more easily if you take on tasks out of preference rather than passion. Having said that, some people do prefer back-end web development and would benefit from placing more focus there. Other people find greater joy working front end and would benefit from focusing primarily there instead.

Thecodepedia
Thecodepedia is a discussion resource and a blog/video for Coders, Developers, and Technology Professionals, relating to all branches of Computer Science or IT.
CSS button with source code
#htmlandcss #css #htmlcss #webdev
Is WordPress Good for Making a Website?
#wordpress #webdev
How to print star pattern in c programming
#c #webdev #beginners

Once suspended, thecodepedia will not be able to comment or publish posts until their suspension is removed.

Once unsuspended, thecodepedia will be able to comment and publish posts again.

Once unpublished, all posts by thecodepedia will become hidden and only accessible to themselves.

If thecodepedia is not suspended, they can still re-publish their posts from their dashboard.

Once unpublished, this post will become invisible to the public and only accessible to Thecodepedia.

Thanks for keeping DEV Community safe. Here is what you can do to flag thecodepedia:

Unflagging thecodepedia will restore default visibility to their posts.