Artificial Intelligence is becoming a huge part of the entertainment industry. It’s being used to write music and books, create visual effects, and even generate movie scripts. One of the best ways that AI is being implemented in the industry is through virtual assistants like Amazon’s Alexa and Apple’s Siri. These systems are designed to make entertainment easier to access for users, taking away some of the irritants of searching for new music or movies.

Artificial Intelligence is the intelligence exhibited by machines or software. It is also the name of a field of computer science that studies how to create computers and computer systems that are capable of intelligent behavior. Practical applications of AI include expert systems, speech recognition, and machine vision.

The implementation of AI is also referred to as machine learning. When machines are able to learn without being programmed, they’re said to be “machine learning” or “learning algorithms”. The term “artificial intelligence” was coined by John McCarthy in 1955. But, the concept of AI has existed since ancient times, when it was referred to as “artificial” or “mechanical” intelligence. 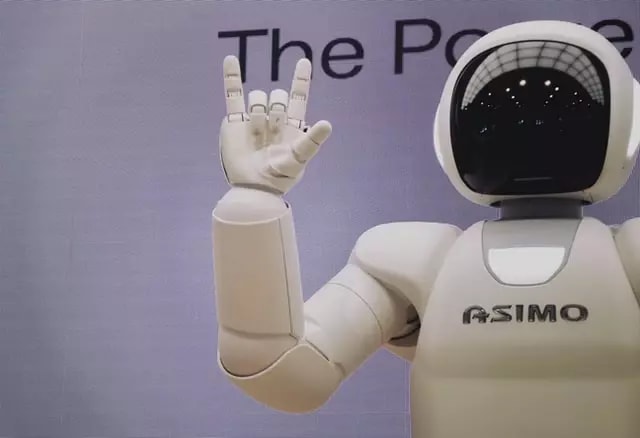 AI is a branch of computer science that deals with human intelligence. It is the theory and development of computer systems and machines that can perform tasks like humans. This field was created in 1955 by an American scientist called John McCarthy who coined the term “Artificial Intelligence”. The term Artificial Intelligence describes machines that are capable of performing functions that are associated with human minds, such as learning, reasoning, and self-correction.

How the Entertainment Industry is using AI

Artificial Intelligence has become a big part of the entertainment industry. In the future or now AI can change the entertainment industry. It’s easy to recognize AI in the movie and music industries, but there are also many other ways it’s making an impact in TV and gaming as well. The AI revolution isn’t about technology; it’s about people as well. As developers and producers create content for more advanced algorithms, more people will be needed to train the algorithms to reach their full prospect. This will open up new opportunities for those who want to get into this exciting new business. 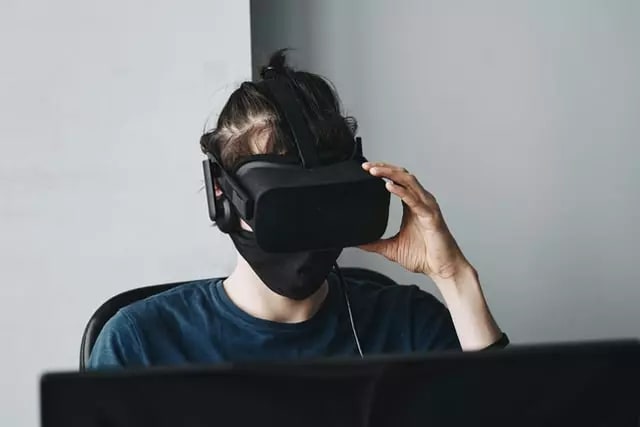 Artificial intelligence is being used in the entertainment industry for things like scriptwriting and movie production. There are many projects in development that are using artificial intelligence to generate scripts, characters, and storylines. One such project is called ScriptBook, which uses AI to analyze film scripts and give feedback on their potential success. Another example is the Generative Adversarial Network (GAN), which uses two neural networks working together to create new data points based on existing ones.

Artificial Intelligence in the entertainment industry

AI is the newest and most exciting technology to emerge in the entertainment industry. AI has huge potential to further enhance video quality and deliver a better experience to consumers, who are paying for content. In fact, AI will be the most important technology trend in the entertainment industry over the next few years. But, all the excitement surrounding AI has led to some confusion about what it actually is.

Check this post: How To Automatically Delete Emails in Gmail

It’s no secret that the entertainment industry is shifting towards AI and automation. If a company wants to stay in the game, they have to keep up with the latest technology. Companies like Disney and Warner Bros. have already started incorporating some AI into their productions. To stay competitive, companies will have to start relying on automation more than ever before.

Artificial intelligence is a rising technology currently making its way through many industries. AI is also becoming more and more prevalent in film and television, where it has become known as the “fourth wall”. When you think of the fourth wall, you may think of TV shows like Seinfeld or Friends, where the characters address the audience. In this case, the fourth wall is a storytelling device that bridges the gap between fiction and reality.

AI is Changing the Gaming Industry

The digital gaming industry has always been a huge part of the tech industry. It’s estimated to be worth about $100 billion, and it is projected to grow 8.4% in 2018 alone. One of the most interesting trends in digital gaming at the moment is how technology is helping gamers play better. There are now video games that can adapt to your style of playing, which means you get better as you play. 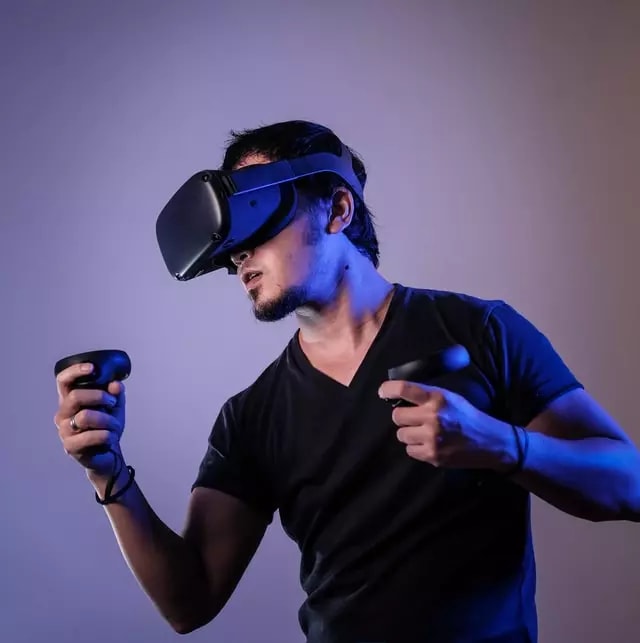 There are also games with artificial intelligence (AI) that will learn how you play and recommend new games based on your preferences. Artificial intelligence has been around as long as we have, but the new age of AI is changing everything from the way we consume content to how we play games. 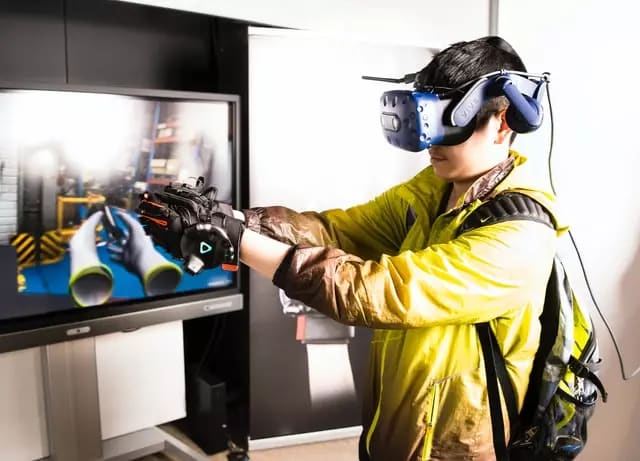 The gaming industry is using AI and machine learning in many ways. From the way games are played to how they’re designed, AI is being used to make our experience more interesting and fun. In this article, we’re going to get in-depth about some of the great uses of AI in gaming. From the gaming perspective, one of the key areas where AI is making a huge impact is in game design. The traditional way for game designers to make their game more challenging was by creating levels that got harder as you progressed through the game.

There is no doubt that Artificial Intelligence (AI) has done wonders for the gaming industry. We are at a point where AI-powered bots have become so good at strategy and shooting games that they can beat professional players. Soon, we may see bots replacing human players in almost all types of games, such as first-person shooter, racing games, and sports games. This will change the world of gaming forever and there will be new business models created around AI-powered bots.

Predicting the future of artificial intelligence in the gaming industry, I explore the potential opportunities for businesses looking to get involved with AI. In the past, many game developers were inspired by world events and popular culture. Today’s developers can leverage AI to make more dynamic worlds, characters, and gameplay.

Examples of Artificial Intelligence in Entertainment 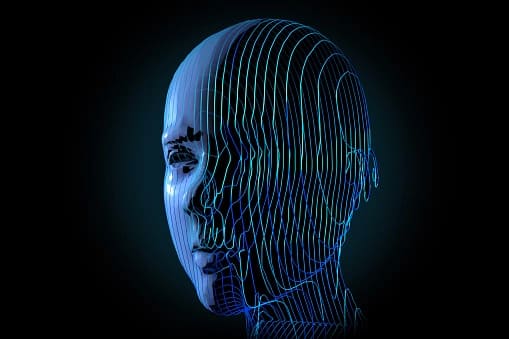 How AI Is Changing The Entertainment Industry

One of the most important things is that now Artificial Intelligence has become capable of detecting cancer in the human body by analyzing images, and it is better than the doctors in this regard because it can detect cancer before any human being can see it.

Another important point is that it has been proved that artificial intelligence is able to detect signs of mental health problems in children by analyzing their speech. And then there are many other areas where AI increases our health standards.

AI is everywhere – from the technology that runs your home to the car you drive. It’s an exciting time for AI, as its capabilities are growing. As AI becomes more advanced, we are seeing a lot of new applications being developed and put into action. Some of these developments will be positive, but there will also be negative effects of AI on our lives.

Artificial intelligence (AI) is the future… At least that’s what everyone keeps saying. AI has been in development for decades and is getting more and more advanced as time goes on. It will take over all our jobs, it won’t, but it’s important to know what AI can do right now and what will affect your work soon. There are a lot of misconceptions about artificial intelligence, including the idea that robots are going to take over the world.

In the entertainment industry, the future of AI will bring a major shift in the way content is being created. The possibilities of AI are endless, from creating more immersive and engaging virtual reality experiences to producing greater social media content. Virtual Reality (VR) is a technology that creates an immersive 3D experience for users. It does this by simulating a real-life environment and letting you interact with it.

It could play a key role in the success or failure of some of the world’s most popular shows. A recent survey by Adobe found that 75% of video content professionals believe AI will be used to create videos in the next three years. This could include everything from music videos and movie trailers to sports highlights and reality TV. The study also revealed that two-thirds of respondents believe AI will help them to make better content because it will allow them to focus on more creative tasks.

The entertainment industry is changing and AI will play a big role in the evolution of it. There are many questions that have yet to be answered, but we are starting to see some answers come into view.

Artificial intelligence will be a huge part of the entertainment industry in the future. It is already being used to develop movies and games, but it will soon be used to create virtual reality experiences and help artists create masterpieces. Thanks for reading this blog post!

Which year AI was created?

AI was created in 1955 by an American scientist called John McCarthy who coined the term “Artificial Intelligence”.

Easy ChatBot with Open-AI in JS

Thecodepedia
Thecodepedia is a discussion resource and a blog/video for Coders, Developers, and Technology Professionals, relating to all branches of Computer Science or IT.
Can we talk about this feature? Please
#webdev #programming #discuss #watercooler
Meme Monday! 🤑
#discuss #watercooler #jokes
What was your win this week?
#discuss #weeklyretro

Once suspended, thecodepedia will not be able to comment or publish posts until their suspension is removed.

Once unsuspended, thecodepedia will be able to comment and publish posts again.

Once unpublished, all posts by thecodepedia will become hidden and only accessible to themselves.

If thecodepedia is not suspended, they can still re-publish their posts from their dashboard.

Once unpublished, this post will become invisible to the public and only accessible to Thecodepedia.

Thanks for keeping DEV Community safe. Here is what you can do to flag thecodepedia:

Unflagging thecodepedia will restore default visibility to their posts.