The Serverless framework is the most popular deployment framework for serverless applications. It gives you a convenient abstraction over CloudFormation and some best practices out-of-the-box:

But our serverless applications is not only about Lambda functions. We often have to deal with shared resources such as VPCs, SQS queues and RDS databases. For example, you might have a centralised Kinesis stream to capture all applications events in the system. In this case, the stream doesn’t belong to any one project and shouldn’t be tied to their deployment cycles.

You still need to follow the principle of Infrastructure as Code:

You can still use the Serverless framework to manage these shared resources. It is an abstraction layer over CloudFormation after all. Even without Lambda functions, you can configure AWS resources using normal CloudFormation syntax in YAML.

But this is often frowned upon by DevOps/infrastructure teams. Perhaps the name “Serverless” makes one assume it’s only for deploying serverless applications. On the other hand, Terraform is immensely popular in the DevOps space and enjoys a cult-like following.

I see many teams use both Terraform and Serverless framework in their stack:

Let’s look at a simple example.

Here’s a simple Terraform script that provisions an SQS queue. 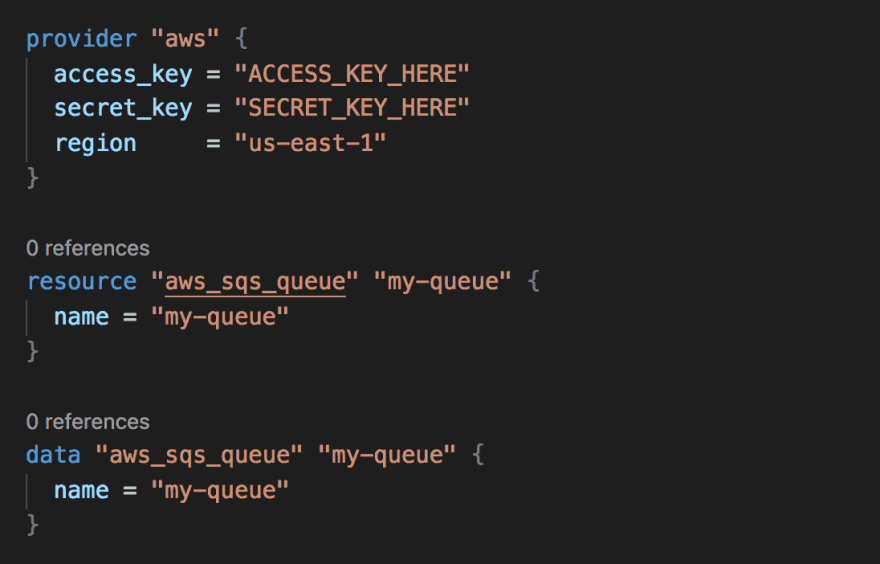 To export the ARN and URL of this queue, we need to add a CloudFormation Stack to our script. Notice that the stack specifies the outputs MyQueueArn and MyQueueUrl. This is all we wanted to do here. But unfortunately, CloudFormation requires you to specify at least one resource…

Since the stack is here to provide outputs for others to reference, let’s stay with that theme. Let’s expose the SQS attributes as SSM parameters as well. 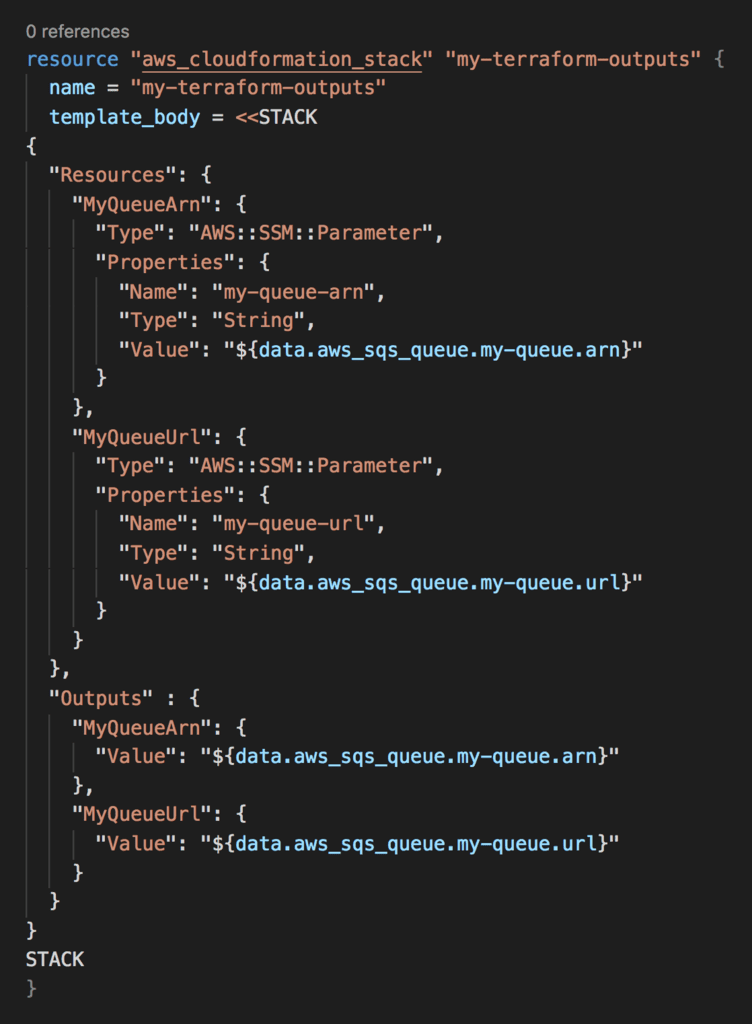 After you run terraform plan and terraform apply you will be able to find the my-terraform-outputs stack in CloudFormation. You will find the URL and ARN for the SQS queue in this stack’s output.

From here, we can reference these outputs from a serverless.yml file.

Since our stack also created SSM parameters for these outputs, we can also reference them from SSM Parameter Store too.

The Serverless framework lets you reference variables from a number of AWS services:

So you don’t have to use CloudFormation as a way to store outputs from Terraform. Which as you can see, forces you to also provision some resources via CloudFormation…

Assuming we’re not talking about application secrets (which, is a whole separate topic) you should consider outputting them to SSM parameters instead. 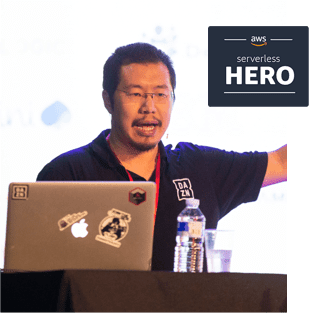