By consensus, we mean that a general agreement has been reached. Consider a group of people going to the cinema. If there is not a disagreement on a proposed choice of film, then a consensus is achieved. In the extreme case the group will eventually split.

In regards to blockchain, the process is formalized, and reaching consensus means that at least 51% of the nodes on the network agree on the next global state of the network. 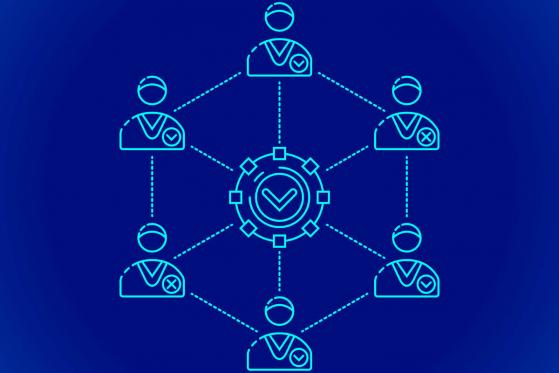 Now technically, proof-of-work and proof-of-stake are not consensus protocols by themselves, but they are often referred to as such for simplicity. They are actually Sybil resistance mechanisms and block author selectors; they are a way to decide who is the author of the latest block. It's this Sybil resistance mechanism combined with a chain selection rule that makes up a true consensus mechanism.

Sybil resistance measures how a protocol fares against a Sybil attack. Sybil attacks are when one user or group pretends to be many users. Resistance to this type of attack is essential for a decentralized blockchain and enables miners and validators to be rewarded equally based on resources put in. Proof-of-work and proof-of-stake protect against this by making users expend a lot of energy or put up a lot of collateral. These protections are an economic deterrent to Sybil attacks.

A chain selection rule is used to decide which chain is the "correct" chain. Ethereum and Bitcoin currently use the "longest chain" rule, which means that whichever blockchain is the longest will be the one the rest of the nodes accept as valid and work with. For proof-of-work chains, the longest chain is determined by the chain's total cumulative proof-of-work difficulty.

The Proof of Work consensus algorithm involves solving a computational challenging puzzle in order to create new blocks in the blockchain. Colloquially, the process is known as ‘mining’, and the nodes in the network that engage in mining are known as ‘miners’. The incentive for mining transactions lies in economic payoffs, where competing miners are rewarded with some amount of cryptocurrency and a small transaction fee. 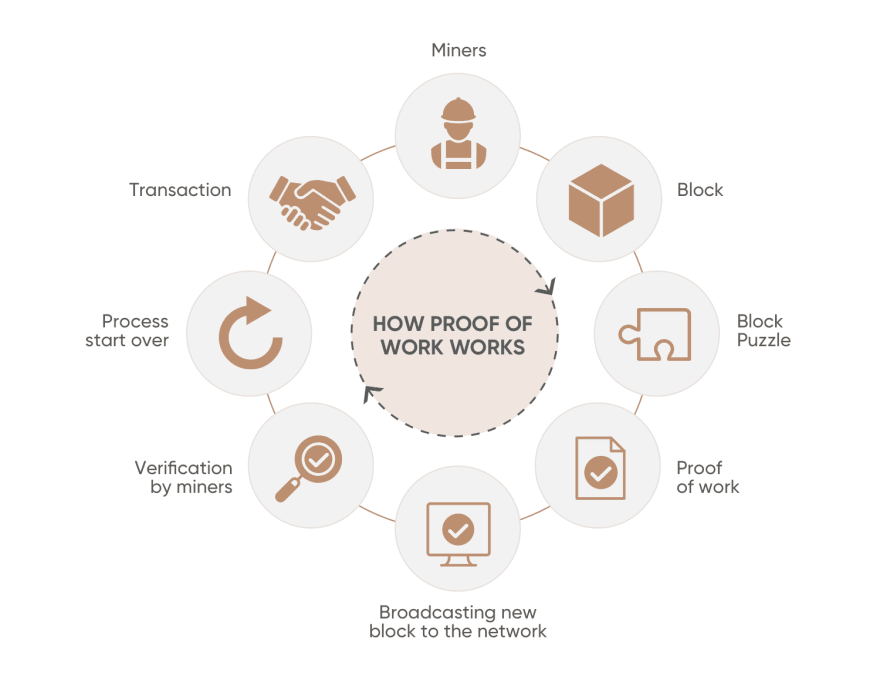 Multiple miners on the network attempt to be the first to find a solution for the mathematical problem concerning the candidate block. The first miner to solve the problem announces their solution simultaneously to the entire network, in turn receiving the newly created cryptocurrency unit provided by the protocol as a reward.

So provided a lot of computing power is being brought to bear on the competition, a dishonest miner is likely to have only a relatively small chance to corrupt the validation process, unless they expend a huge amount of computing resources.

You can refer to this twitter thread to better understand Proof-of-work: What, Why, and How of PoW.🚀

Now that we have a decent idea of consensus mechanisms and proof-of-work we can begin to understand proof-of-stake.

A simple one-liner definition can be a good starting point to understand complex ideas. So, in short :

“Proof-of-Stake algorithms achieve consensus by requiring users to stake an amount of their tokens so as to have a chance of being selected to validate blocks of transactions, and get rewarded for doing so.”

You put a certain amount of your coins/tokens at stake, which gives you the right to become a validator in the network. A validator node is a special type of full node that participates in “consensus.” By participating in consensus, validator nodes become responsible for verifying, voting on, and maintaining a record of transactions. The staked coins then acts as collateral that can be destroyed if the validator behaves dishonestly or lazily. The validator is then responsible for checking that new blocks propagated over the network are valid and occasionally creating and propagating new blocks themselves.

Of course, if the only statistic to be considered was the amount of coins a participant has staked on the network, then the system would be skewed in favor of the rich. Only the wealthiest stakers would be chosen to create blocks, which would lead those participants to earn more tokens than others, thus reinforcing their wealth and making them more likely to earn more and more block rewards. That may be the case for some PoS blockchains out there, but it is not a hallmark of a durable and robust one. Some models take into consideration how long the validator has been staking and some even bring randomness into the picture, so that everyone has a fair chance of creating a block.

Proof of Stake and Security

The 51% attack threat still exists on proof-of-stake as it does on proof-of-work but it is even riskier for the attacker.

To perform a 51% attack, one’s would need to buy at least 51% of the cryptocurrency available, which would be very expensive. Although it would be very expensive for someone to acquire 51% of all the coins of a cryptocurrency, a person could indeed do it and try an attack. They could then use their own attestations to ensure their preferred fork was the one with the most accumulated attestations. The 'weight' of accumulated attestations is what consensus clients use to determine the correct chain, so this attacker would be able to make their fork the canonical one.

However, a strength of proof-of-stake over proof-of-work is that the community has flexibility in mounting a counter-attack. For example, the honest validators could decide to keep building on the minority chain and ignore the attacker's fork while encouraging apps, exchanges, and pools to do the same. They could also decide to forcibly remove the attacker from the network and destroy their staked tokens.

It wouldn’t be in his best interest to attack the network on which he holds a majority. This would harm the network and make the cryptocurrency value to fall, which means that the attacker’s holdings would also fall. Consequently, someone who holds a majority in the network would be incentivized to maintain the network secure. These are strong economic defenses against a 51% attack.

The impact of PoS extends beyond the security and functional capacity of blockchains. The algorithm has allowed decrease in gas fees while maintaining security against malicious intent. Also, it has reduced the ecological impact PoW blockchains have been known to have due to their high energy drainage. It has also paved the way for faster transactions that closely simulate centralized finance.

Several consensus algorithms make use of PoS as their foundation to provide increased security and confidence. These can be found here . At the same time, considerable deviations from PoW and PoS mechanism have turned out to be rewarding. For instance, PoH (Proof of History) provides a significant advantage in terms of transaction speed while maintaining security and simplicity.

How to become a self taught developer

Once suspended, tezosclubnsut will not be able to comment or publish posts until their suspension is removed.

Once unsuspended, tezosclubnsut will be able to comment and publish posts again.

Once unpublished, all posts by tezosclubnsut will become hidden and only accessible to themselves.

If tezosclubnsut is not suspended, they can still re-publish their posts from their dashboard.

Once unpublished, this post will become invisible to the public and only accessible to Tezos Club NSUT.

Thanks for keeping DEV Community 👩‍💻👨‍💻 safe. Here is what you can do to flag tezosclubnsut:

Unflagging tezosclubnsut will restore default visibility to their posts.