My first internal project contribution, I choose IPC144 course note to work on. The reason why I choose this is because I already took IPC144 in my first semester, and I realized that the notes I used to work with had so many issues such as spelling mistakes, poor visibility, etc., so I want to be part of contribution for future students taking IPC144.

As I mentioned, the notes need to be changed properly in order to have a better usage, I create an issue to work on. The IPC C notes are written in 30 Markdown files, so my choice is also the same. I have to take a look carefully to fix some errors such as spelling mistakes, typos, indentation, visibility, etc. Mostly my changes are based on Markdown syntax, plus the notes are built using Docusaurus. Honestly, I had no ideas what is Admonition when I first read the check list. Besides the basic Markdown syntax, it uses remark-admonitions alongside MDX to add support for admonitions. Admonitions are wrapped by a set of 3 colons, for example :::note, :::tip, :::info. By doing this, the new notes of IPC144 look nicer, eye-catching, and easier to remember new stuffs (I'm assuming myself is a new student). Let me show the difference between using basic blockquote in Markdown for indentation and using Admonition instead, and I am using Dark mode to maximize the difference. 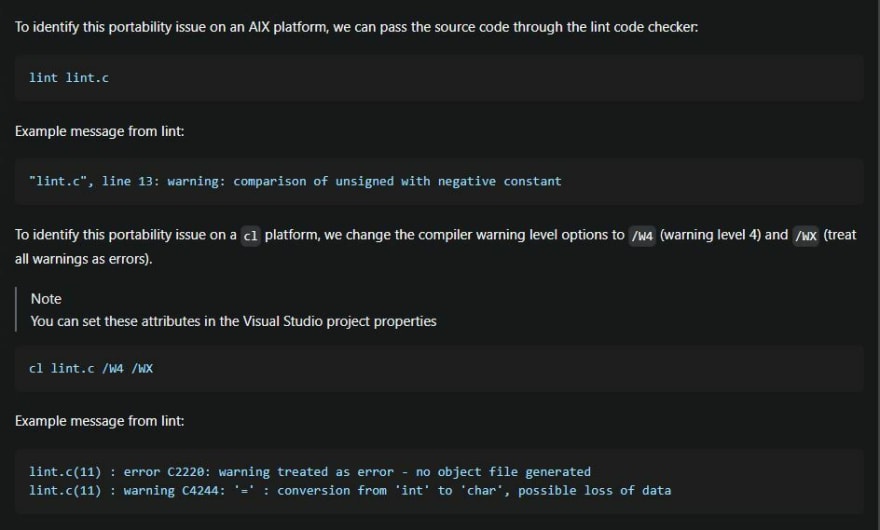 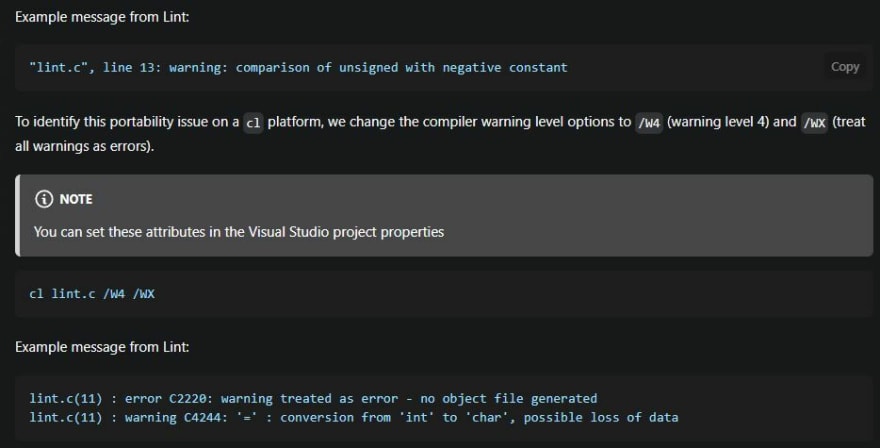 As working on this issue, I have learned some new stuffs, which is very interesting to me. Having myself contribute to IPC144 course notes make me so happy because I can help other students even though it is just a small work. I also spend some times to take a look at the course notes again to warm up my knowledge about C language. My pull request for this issue: PR