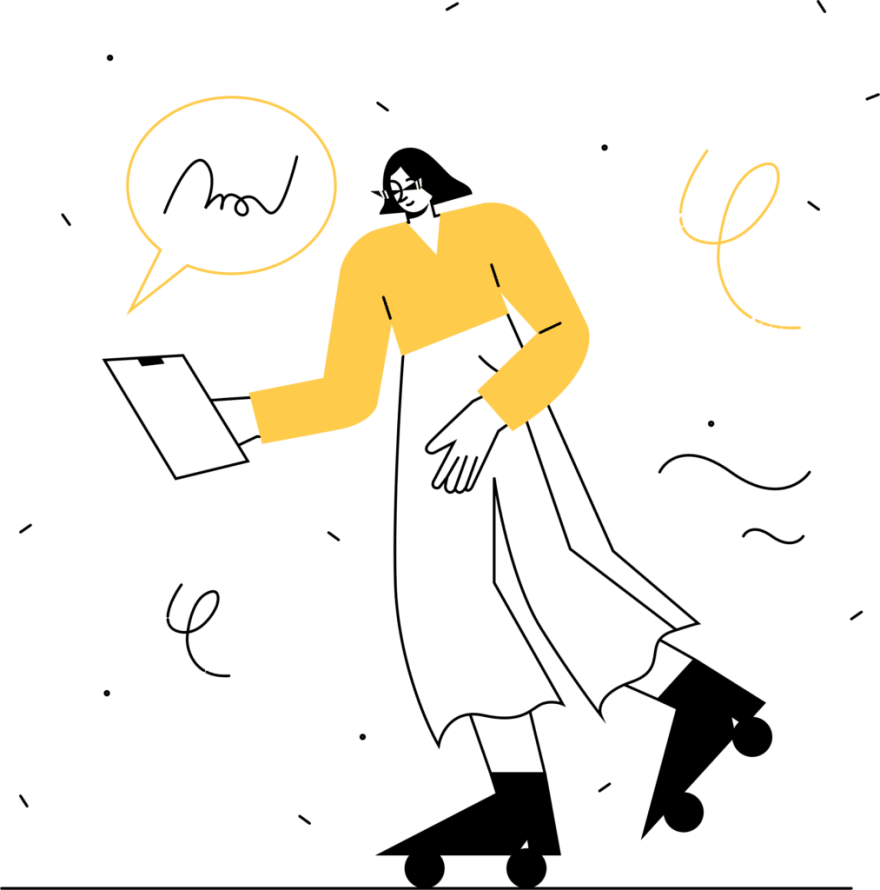 Have you ever wondered what's the difference between synchronous and asynchronous communication? Want to know which is better for your team? If so, there's no better time to find out than during a global work-from-home (WFH) experiment.

In this article, we explore the differences between real-time and async comms. Oh, and while we're at it, we also settle the debate which of the two belongs in the workplace of the future. 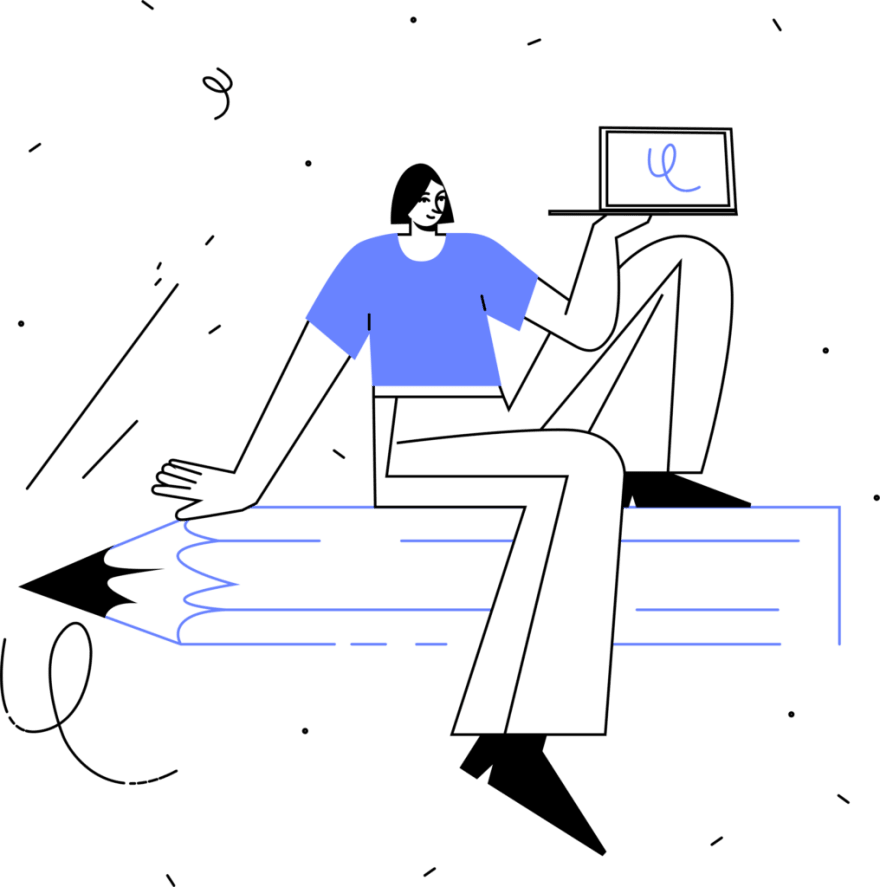 To better understand the nature of sync and async comms, let's take a moment to decipher what the terms synchronous (sync) and asynchronous (async) mean in the first place.

While the word synchronous often pops up in highly specialized or technical contexts, we're going to focus on its broader definition. According to Dictionary.com, the term can be used to define things or events:

1. occurring at the same time; coinciding in time; simultaneous\
2. going on at the same rate and exactly together; recurring together

Following these breadcrumbs, we can say that in synchronous communication, the exchange of information happens in real-time. That's why we also define it as simultaneous or live.

The important bit to remember is that sync comms are time-boxed, and in theory, take place in a fixed time and space. They also elicit an immediate reply or at least an expectation for receiving it.

Synchronous communication comes with an expectation of an instant reply.

Given the technical limitations, remote synchronous communication like VoIP or video conferencing may sometimes involve a latency, an interval between the time a message is sent and received.

Synchronous channels of communication include:

The term asynchronous is used to describe things and events that aren't happening or being done at the same time. Simply put, asynchronous communication doesn't happen in real-time and involves a significant gap between the time a message is sent, received and replied to.

Whenever you send a message via an async channel, you don't expect an immediate response. So, it doesn't matter if you just wrote an email equivalent of (Nerd Alert!) the Voight-Kampff test or followed up with a simple yes-no question. 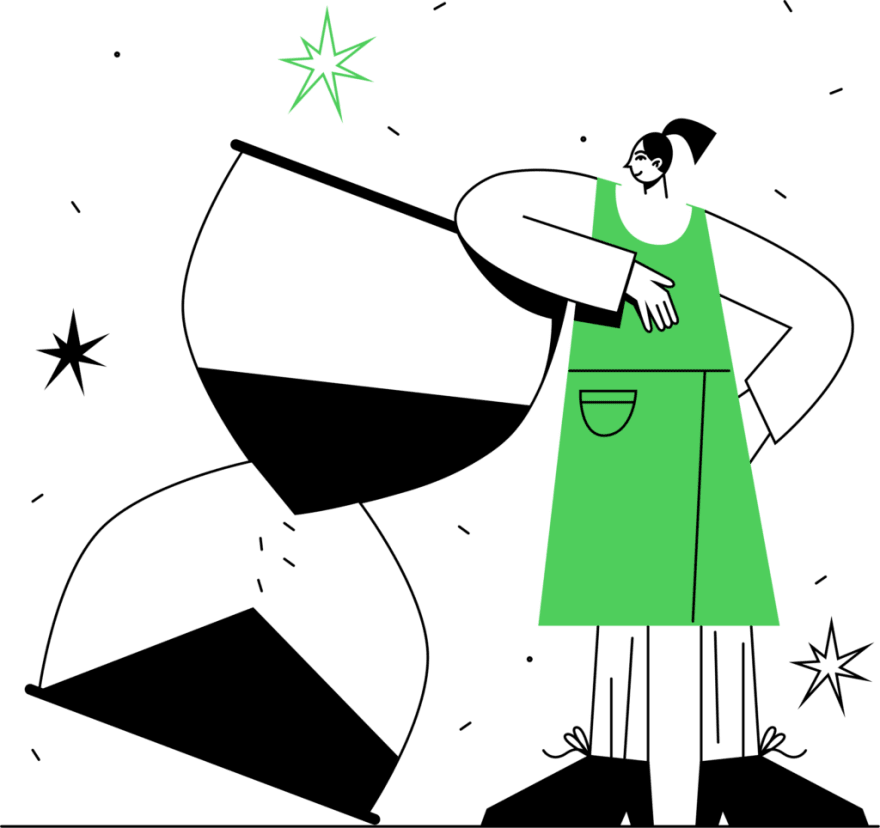 You're up for some crickets all the same. 🦗

Unlike real-time communication, async comms set the expectations for an immediate response pretty low. Or at least it had been that way before BlackBerry and Apple spoiled the fun with push-notifications.

Asynchronous channels of communication include:

Keep in mind that the line between sync and async is blurry at best. On the one hand, we need to account for the latency that makes classification tricky. On the other, some channels like instant messaging or chat seem to belong in both worlds.

The line between sync and async is blurry at best.

While phone and video conversations do happen in near real-time, they can connect different time zones and physical locations. Conversely, an email client with push notifications turned on isn't very different from a live chat. 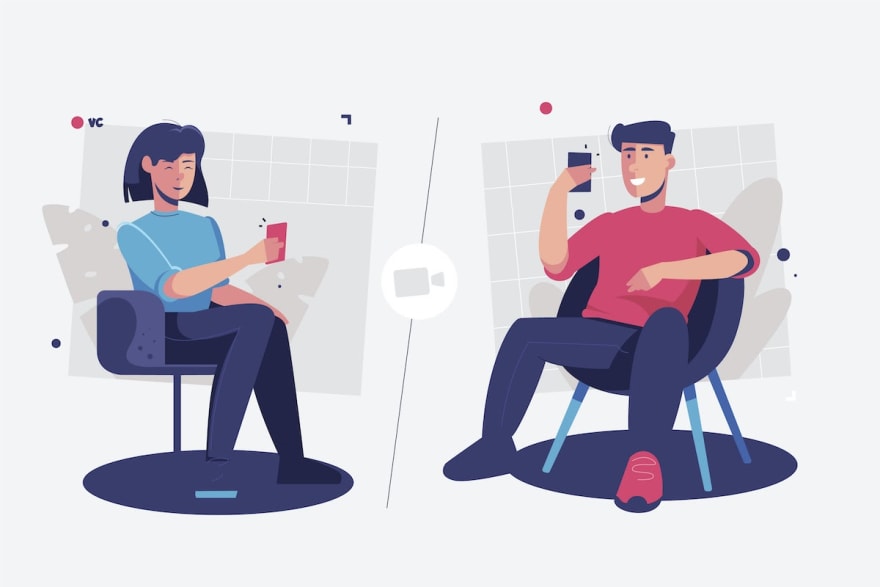 Real-Time vs Asynchronous: Which Is Better? 🥊

It depends on who you ask.

And what you need it for.

But wait...why not use both?

Ok, let's get serious for a spell. People have argued about the superiority of one form of communication over another ever since the telephone became the thing. And probably long before that. So, now that we're knee-deep in the information age, wouldn't it be great to finally settle the debate?

While we firmly believe the workplace of the future will be mostly asynchronous, both modes of communication have their merits. They serve different purposes, and depending on the context, may be more or less suitable for the work you want to do.

So, let's take an (almost) unbiased look at the pros and cons of sync and async comms and see how they stack up against each other.

🧙‍♂️ It gives you and your team control over space and time. If we were to pick one thing that makes async comms awesome, it'd be this. Unlike face-to-face, phone or video interactions, asynchronous communication puts you in the pilot seat. Since there are no fixed expectations for a reply, you decide when to reply to messages and in what order they should be dealt with.

🗓 It lets you "block" time. Time blocking means that you can bundle similar or related tasks together and tackle a specific category of items in one go. Time-blocking emails or chat messages helps reduce distractions and clear them up, one bite at a time.

🧠 It gives you more headspace. Because asynchronous communication doesn't elicit an immediate response, it's perfect for crafting more considerate and clear messages. For instance, email is a much "safer" channel if you need to convey critical information and only have one shot at it. You're also less likely to miss important details, even though email attachments have a tendency to defy this claim.

✨ It improves the quality of communication. Asynchronous communication loves etiquettes. Chances are you've come across a handful of guides for clear (=effective) email comms. Without a fixed timeframe for a reply, you can work on the quality, clarity, formatting and relevance of your messages.

🔕 It supports deep, focused work. Yeah, yeah... you've probably heard that a thousand times already. But deep work (shout-out to #calnewport) is a luxury good these days. Meaningful work requires long periods of concentration and deep focus that are tricky to maintain. Asynchronous communication lets you throttle the amount of incoming information and allow a curated trickle of the really important stuff.

💾 It leaves a trace. Save for a handful of tinfoily scenarios, being able to backup and reference past conversations is great. With async communication, every interaction can be stored, cataloged and restored when needed. Whether it's an old email, chat conversation, project documentation or an audio recording, this information is always at your disposal.

Nobody said asynchronous communication is all rainbows and unicorns. 🦄

For starters, it's not suitable for every type of business. Teams that work with physical products require a tangible, hands-on experience that can't be replicated in a remote environment.

While async comms ca improve clarity and quality of communication, they also leave some room for misunderstanding. Since the communication doesn't take place simultaneously, it's much more difficult to correct or retract a message before the damage is done.

And let's not forget that channels such as email or chat are less personal than face-to-face or even phone conversations. It's tricky to replicate your natural tone of voice and convey the same emotional charge you'd in a direct conversation. For that reason, asynchronous comms aren't good for building personal bonds and team camaraderie (check our article on that). 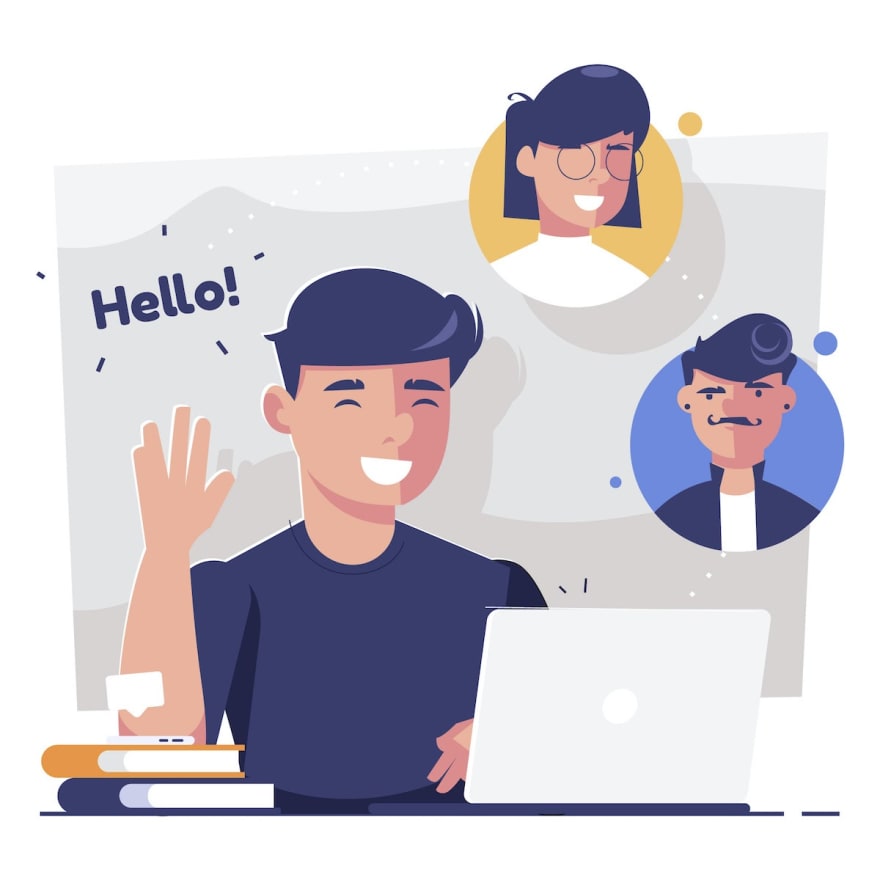 👁 It's more personal. If face-to-face conversations are the masterclass of communication, phone and video come in the well-deserved second place. While video gives you the benefit of non-verbal signals like facial expressions and body language, voice comms aid the exchange of information with the tone of voice. All that helps build rapport and set the right mood for discussions.

🤝 It's better for handling sensitive matters. Just as you wouldn't break up with your second half via text (unless you're still in your teens), you probably wouldn't give your employee notice via e-mail. Sync comms enable direct, intimate conversations that are not possible during asynchronous communication.

🚨 It can (literally) save the day. Critical, emergency situations require an immediate  response. And the best way to ensure that is through synchronous communication. After all, there's a reason why rescue services use hotlines instead of email tickets.

🧩 It helps with complexity. If you've ever tried to discuss a specialized, multi-layered issue via chat or email, you know it's not the easiest task. Synchronous communication is great for in-depth discussions that involve many participants, dynamic feedback and series of open-ended questions.

In the context of remote work, the major limitations of real-time communication is that it doesn't work well for distributed teams. Especially those that are spread across several time zones.

For instance, if part of your team is located in Europe and the other half operates out of the West Coast, the window for communication is small and limited to a few hours of overlap time.

It's much more difficult to coordinate real-time conversations since the expectations for a quick reply are always high. While you can shuffle your daily agenda, reschedule meetings or put the phone on silent mode, you can't juggle these commitments ad infinitum.

The inability to fully unplug makes real-time communication a major obstacle in reaching a state of deep concentration. That takes us back to the increasing value of deep focus in today's work environment. 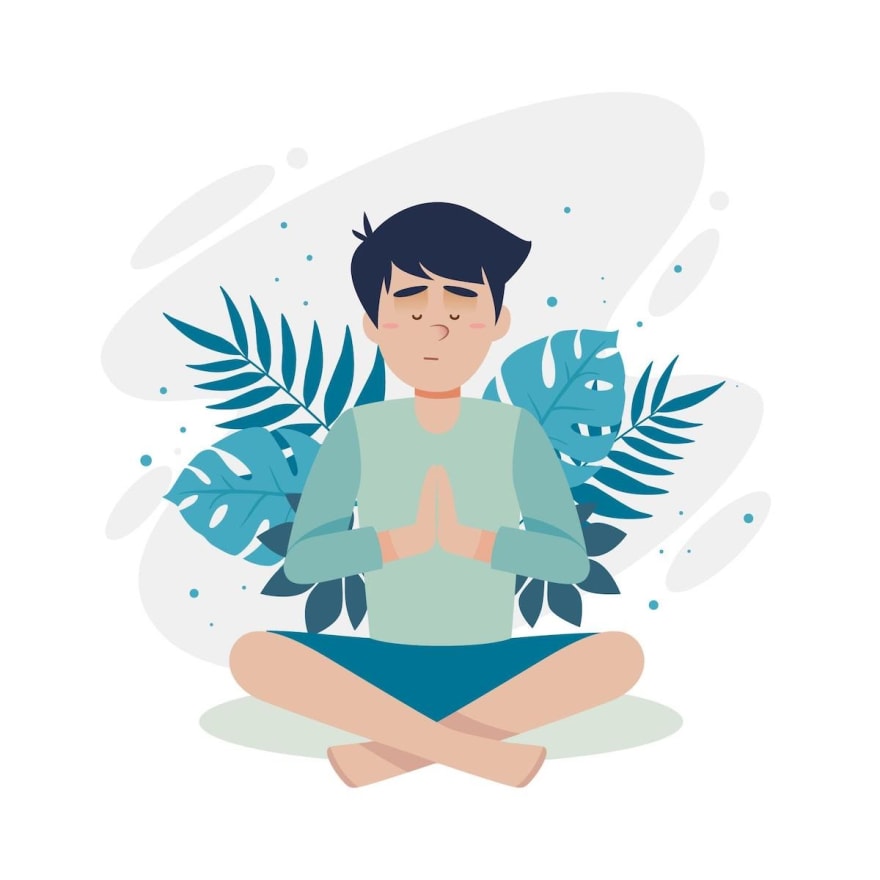 As you can see, there's no clear winner here.

Some argue that you can build a successful team or organization using only asynchronous or synchronous communication. While it's technically doable, limiting the nature and vibrance of interactions isn't optimal.

Effective communication needs flexibility, and that can only be achieved through variety.

Here's the thing, synchronous and asynchronous communication are like Ying and Yang. Using one doesn't bar the other. Each has unique properties that come in handy depending on the context they're used in. 🧘🏻‍♂️

By combining the two, you and your team will be able to tackle a range of situations without running into self-imposed constraints. Adopting flexible communication protocols allows for a more agile and responsive workplace. Even if one of the channels fails, you always have a backup to rely on.

🤯 Communication Tip: Beware of Collaborative Overload. When it comes to communication, you can have too much of a good thing. According to Rescue Time, 40% of knowledge workers struggle to muster more than 30 minutes of deep focus throughout their day. The constant influx of emails, notifications and other distractions makes it really difficult to focus on valuable work.

Remember that communication needs to be meaningful to be effective. Regardless of what channel your remote or local team use, there has to be a synergy between conversations and the actual work. Whether it's email, chat or video conferencing, it has to be used mindfully and not stand in your team's way.

People have been trying to master the art of communication for quite some time now. And while we've invented a dozen ways to keep in touch with each other, effective communication continues to prove a mystery for many.

At Taskade, we believe that asynchronous communication is the future of the workplace. But we also think that real-time communication belongs in that future too. The key is to strike the perfect balance between the two and shuffle them depending on the situation.

Looking for a frictionless way to keep in touch with your team? Look no further. Taskade lets you and your distributed team collaborate over chat, video and voice, all in one app. Just so you don't have to choose between one or the other.

✋ Before you go... Be sure to check our articles on the history of Google Wave and the Evolution of Video Conferencing for more insights.

Using Dall-E AI For a Professional Creative Project: Here's What I Learned

Once suspended, taskade will not be able to comment or publish posts until their suspension is removed.

Once unsuspended, taskade will be able to comment and publish posts again.

Once unpublished, all posts by taskade will become hidden and only accessible to themselves.

If taskade is not suspended, they can still re-publish their posts from their dashboard.

Once unpublished, this post will become invisible to the public and only accessible to Taskade.

Thanks for keeping DEV Community safe. Here is what you can do to flag taskade:

Unflagging taskade will restore default visibility to their posts.