Tests are short, much shorter than the code they are testing. So you need a lot less investment to finish one.

Tests are (or should be) much simpler than the code they are testing.

Tests are the proof that the code still works the same way as it worked yesterday.

Tests can be super interesting, especially when mocking is involved.

If you are interested in contributing to an Open Source project, start by finding a small project that does not have tests or that has a low test coverage and contribute there.

If you are interested in the steps of contributing, try this explanation: 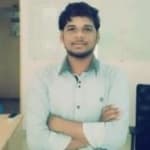 How to Contribute to Open Source Project 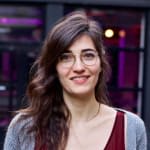 Make your first pull request to an open-source project 💪

Things all JavaScript beginners should know

Once suspended, szabgab will not be able to comment or publish posts until their suspension is removed.

Once unsuspended, szabgab will be able to comment and publish posts again.

Once unpublished, all posts by szabgab will become hidden and only accessible to themselves.

If szabgab is not suspended, they can still re-publish their posts from their dashboard.

Once unpublished, this post will become invisible to the public and only accessible to Gabor Szabo.

Thanks for keeping DEV Community 👩‍💻👨‍💻 safe. Here is what you can do to flag szabgab:

Unflagging szabgab will restore default visibility to their posts.