Broken Access Control vulnerabilities are common in modern applications since the design and implementation of access control mechanisms rely on a highly complex ecosystem of multiple components and processes. In such a complex, changing ecosystem, security teams should apply several legal, organizational, and business logic to ensure the tech stack is watertight and has no room left for hackers to exploit the system.

As it sounds, the job isn’t easy, and there are fair chances of unidentified vulnerabilities on account of a formal approach to tackling security. The traditional method of identifying access-related vulnerabilities is to rely on manual testing. Due to the lack of automated, continuous detection, access control vulnerabilities often remain unnoticed and are potentially targeted by hackers at a much higher intensity.

Broken Access Control features in the OWASP Top 10 vulnerabilities since hackers can exploit these to masquerade as users and access resources using privileged functions. Most access control schemes are not deliberately designed using a guided framework. Instead, they evolve with the web application’s use.

Besides this, a flawed access scheme is relatively easy to identify and exploit. In most cases, the hacker has to create a request for content or functions they aren’t permitted to access. Once the flaw has been detected, the impacts can range from mild to severe depending on the content’s sensitivity and protection controls. 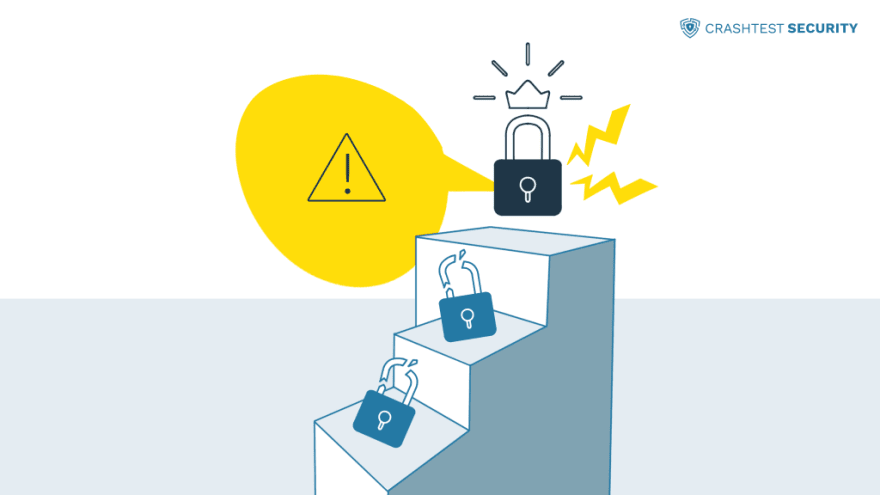 Almost every web server and application deployment is known to be susceptible to at least one broken access control vulnerability. Depending on which resources the attackers get the permissions to access, the impacts of a successful attack could be detrimental. Some business impacts of access control failures include:

Once an attacker has gained unauthorized access privileges, they typically crawl the site for information on gaining more permissions. While doing so, they access sensitive system and user data, which they can obtain from the black market or other malicious acts. With a successful attack, the hacker can view, modify, or even delete the sensitive data, hindering system performance, the company’s reputation, and availability.

Hackers exploit access flaws mainly to gain privileged access to resources and services typically protected from normal users and applications. Most commonly, hackers initially intend to take control of as many user accounts as possible. With an elevation of privilege, hackers can easily steal user data or deploy malicious payloads that can damage the entire application hosting ecosystem.

With access to numerous user accounts, attackers can deploy bots on these accounts and use them to cause the system to crash by sending numerous requests at a go. Additionally, they deploy malicious payloads that render the application inaccessible and unavailable for authorized users and services.

Broken authentication vulnerabilities can be categorized as:

Horizontal access controls enable different application users to access similar resource types. These mechanisms restrict access to the resources only to the group of users allowed to access the resource. For instance, a banking application lets clients view their transactions’ records but not of other users. Broken horizontal access controls enable attackers to access resources belonging to other users and are caused by Improper ID controls.

Some context-dependent privilege escalation attacks include:

Broken Access Control is a highly ranked OWASP listed vulnerability rated to happen occasionally, has moderate exploitability, and has extremely deeper and harmful impacts. Additionally, broken access control is a leading factor in data breaches and leaks, which often result in huge penalties, loss of business reputation, and exposure of customer information to fraudsters.

It is, therefore, essential to address these vulnerabilities before attackers take advantage of them and, in general, establish an access control policy.

Some practices that security teams can adopt to prevent broken access control include:

A good rule of thumb with access control is to start with the minimum privileged functions required. For example, by default, every application’s user should be denied access to application resources, with only a legitimate user getting permissions to view, access, and modify them.

In addition, security teams should remove admin rights and other elevated privileges, reducing the scope of impact once an attacker obtains a user’s credentials. Session management should also be performed using Just in Time access to eliminate the need for persistent privileges that hackers can quickly obtain.

Every organization needs a standard method to evaluate the effectiveness of access control decisions. It is, therefore, essential to have a central, managed interface to document the access control schemes used and aid in the design of a framework used to test the success of established access control mechanisms.

Organizations should only trust server-side authentication & authorization as it applies the same controls to all services, users, and applications. Security teams and developers should develop a template for the separation of duties. For instance, Role templates help the server validate requests based on permissions associated with the specific role and not grant access to unauthorized users.

It is important to make security testing a continuous, consistent process by continuously testing and auditing access control mechanisms to ensure they work as intended. In addition, efficient testing helps teams identify newer vulnerabilities and flaws as they come up, enhancing the organization’s confidence in their implementation of access control.

Every developer should ensure that their source code includes rules that declare access for every resource at the code level, and the access should be denied by default. It is also important to use secure coding practices to avoid common programming errors that attackers target for privileged access.

Role-Based Access Control (RBAC) enables organizations to quickly implement access control by grouping users into roles and defining the permissions associated with each role. With RBAC, security teams can reduce the toil of IT support & administration, maximize operational efficiency, and improve compliance through data access management.

Organizations should model access controls that associate each record with the account’s User ID that performs tasks, rather than allowing users to access, modify, update, or delete any records.

Some of the most popular solutions for identifying and preventing broken access control vulnerabilities include:

Burp Suite is a popular application security solution developed by PortSwigger to help organizations fight zero-day threats through automated scanning. The suite also includes penetration testing functions that can be used to identify the impact of Broken Access Control attacks on web servers.

An application security testing platform that offers inbuilt vulnerability assessment and management. The solution integrates with market-leading DevOps tools to increase security and eliminate most security risks at low costs.

Remediating access control failure is a rather complex task since attackers can leverage many scenarios to exploit the vulnerability. In addition, misconfiguration of function-level access often results in security gaps used for privilege escalation by attackers.

This article has already been published on https://crashtest-security.com/broken-access-control-prevention/ and has been authorized by Crashtest Security for a republish.

Driving a robot with a neural network [free meetup online]