This article is the first of the "Product Story" series. The objectives are to share our workflows, processes, how we design an open-source product, what it means on a daily basis, and how the community influences our choices. We hope it will resonate in some people's heads. We can't wait to read your comments and debate about product-related topics.

Recently, we introduced a lot of changes in Strapi, especially in the interface and the core. Even if it seems hard, we made these choices with high confidence. I'll try to explain what was our motivation that led to these changes.

Before going any further and understand what follows, a bit of history is needed.

From an API framework to a headless CMS

Back in 2016, we were working on the foundations of Strapi. At that time, the vision was still unclear. Our purpose was to provide a framework to help developers build their API in a few minutes. The promise was set, but the vision was not.

Well, actually, that was what we were thinking, but it was... not the case at all!

Everything - from the backend framework, the administration panel, the website, and even the documentation - was 100% developer-oriented. No one else could understand what we were building as the vocabulary and examples used were only understandable by experienced developers.

After one year of development, we met and discussed with people who helped us understand that we had to be crystal-clear about who we were working for. Who were our ideal users? In which market should we evolve?
We have been lucky enough to receive this piece of advice as it is thanks to it that we could move forward. We sat and wrote down everything about Strapi, the features, the vision, the mission, etc. That was an excellent exercise for us, and it has been defining what we are from then until today: the leading open-source headless CMS for front-end developers.

This is when the real product story could finally begin...

Dealing with the consequences

The current user interface and experience are the result of two years of development with a vision that was not adequately defined. We are not a framework anymore. But we have to deal with the consequences of our former vision, and there are plenty in the architecture, the wording, or the plugins. 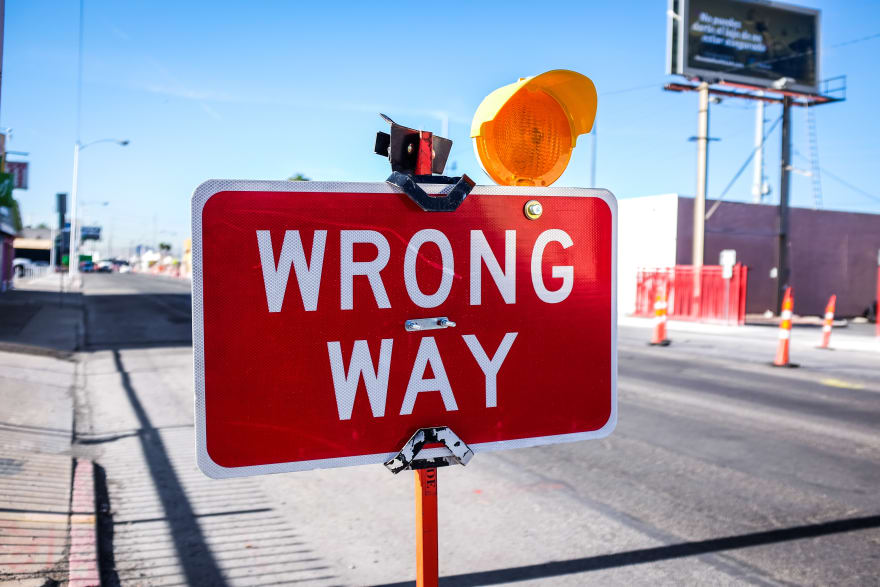 Let me explain what we did in the wrong way.

Inspired by other frameworks such as Sails, Laravel, or Ruby on Rails, Strapi has been built on top of a custom Node.js framework. Even if we probably have something quite interesting under the hood, it also complexifies things and slows down the development of new features.

We support multiple databases such as MongoDB, SQLite, MySQL or Postgres. We are driven by the idea that supporting multiple databases will be one of our biggest strengths in the future. Still, it also forces us to create a new database abstraction layer (often called ORM) to be able to ship features that are compatible with the different databases.

Dealing with these design choices is not that hard, but it is the kind of thing you can avoid when you set a sharp and clear vision of your product before starting its development.

We sometimes receive feedback from our new users saying they really like the interface but also that the wording is inconsistent. They feel lost sometimes.

For example, not so long ago, you would find words such as "models," "layout," "string," or "integer" in the interface. As a backend developer, this vocabulary is perfectly understandable. But for someone who is less versed in technical aspects, it is not. One of our goals is to be more consistent with non-technical words used in the interface and the files system in the next months. We hope it will help content editors and front-end developers to have a better understanding of their journey through the interface.

Strapi is built as core and part of a plugin ecosystem. We plan to grow that ecosystem and let everyone in the community develop new plugins and publish them on the marketplace. A robust and broad ecosystem of plugins will allow Strapi to offer more functionalities faster.

But being plugins-oriented and reflecting it through the interface is different. Especially by displaying it with a dedicated section on the left menu (see screenshot below). Currently, these links often lead to Configurations pages. 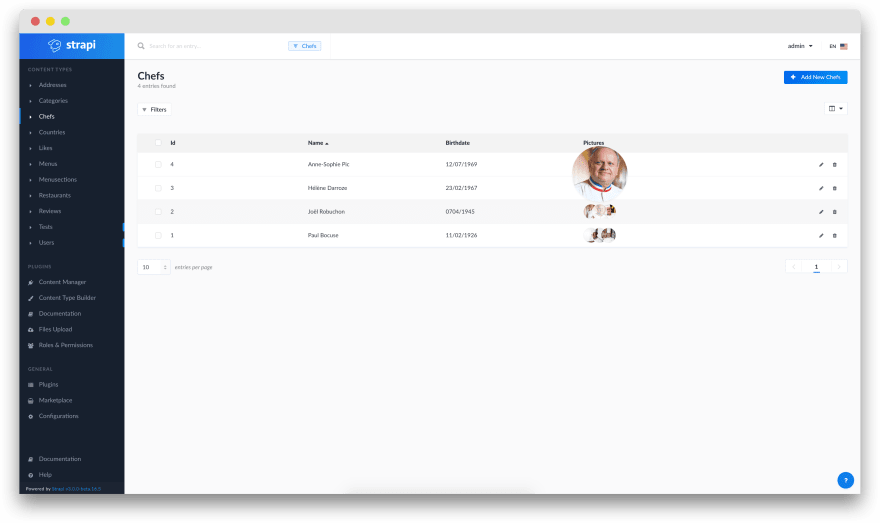 From a user point of view, this could definitely be optimized because the configuration was not centralized somewhere. Plugin developers could integrate their plugins configuration wherever they wanted, and not within the existing Configurations page. And that plugin section took quite a bit of space on the left menu.

The most challenging part of developing a developer tool is to separate in your mind the technical aspects from the visual interface. As their goals are different, but both are sub-product of the global product. Sometimes they have to be connected and synchronized, sometimes not.

So we took the decision that in the next versions, the Plugin section will disappear and won't be replaced. We will provide an API to create a new item in the sub-menu of a single Configurations page.

The upcoming features are enormous! We will introduce minor changes in the next releases that will change the lives of our users for the best!

The list of changes in the interface is so long that I don't need to list everything. The best way to see those enhancements is to give another try to Strapi!

Building a product is like building a house. The people who live in it grow and evolve and the house has to change with them to fit their new needs.

We didn't make mistakes. At any stage, the state of Strapi has been the answer we gave with the knowledge we had. We test and learn as much as we can to deliver the best experience possible. If I could go back in time and redo it again, I would certainly try to find the answers to the following questions before going forward: