With the constant rise in the number of internet users, the demand for creating highly available and scalable web apps is at an all-time high. Gone are the days when businesses would run their servers on self-managed hardware.

The advent of cloud computing has shifted the gears toward the cloud-native model of software development. Cloud-native is more than just using a cloud provider to serve apps—it's an all-in-one approach that takes full advantage of the cloud computing model.

In a cloud-native deployment, the application is microservice-oriented, and each part of the application is containerized. The containers are orchestrated to ensure they’re scheduled in a way that optimizes resource utilization, which means the application is performant and scales in response to user load. This approach is different from the traditional monolith application that must be scaled and maintained manually.

Kubernetes is a container orchestration system that is used for automated container deployment, scaling, and management. Thanks to Kubernetes, running a containerized app that scales is a breeze. Multiple worker machines are combined to form a cluster, and each worker machine hosts pods that run the different containers pertaining to the application.

If you're new to Kubernetes, the official tutorials are an excellent starting point.

Leveraging Kubernetes with a Headless CMS

Content management systems (CMSes) have been around for a long time. Traditionally they’ve been monolithic applications serving content, images, HTML, CSS, and JavaScript all from one place. This made it difficult to reuse content, since the content was tied to the view.

A headless CMS takes a different approach and separates content from the view. In a headless CMS, content is served through an API consumed by multiple clients responsible for displaying the content. This separation is ideal for cloud-native architecture, as the individual parts can be containerized and scaled independently of each other.

Strapi is an open-source tool written with Node.js that offers unparalleled customizations and a super-fast headless CMS. To see firsthand how it performs, Strapi provides an official demo app called FoodAdvisor that can be previewed in Strapi’s website or deployed locally or in the cloud. The FoodAdvisor app shows a listing of different restaurants and serves as a demo of the capabilities of Strapi.

In this tutorial, you'll learn how to leverage Kubernetes to deploy the FoodAdvisor app.

This tutorial will assume you're using a local cluster with Minikube. You can install Minikube by following their guide.

You will also need to install kubectl to control Kubernetes clusters.

Make sure the local cluster is running by executing the following command:

Minikube will automatically configure kubectl to communicate with this local cluster, so no manual configuration is necessary.

As the first step, you need to clone the FoodAdvisor GitHub repo. This tutorial will be using the version v2 of the FoodAdvisor app, which offers some improvements over the previous version.

In the repo, you'll see two directories: api and client. The first directory holds the backend Strapi server as well as the demo data. The client directory contains the frontend written in Next.js. The server uses a local SQLite file as the database, so you don't need to set up a separate database to run this app.

After cloning the repo, you will prepare the Docker images for the backend and the frontend. You will need a Docker Hub account to push the images. If you do not wish to create an account, feel free to skip to Deploying the Backend and use the images I have already prepared.

Now, create the following Dockerfile in the client directory:

Now the Docker images are ready for Kubernetes to use.

The backend is now running inside the cluster. But it is isolated from the outside world by default. To be able to send requests to the server from outside the cluster, you need to expose appropriate ports—in this case, port 1337 since this is the port Strapi listens to.

This will create a Service which you can verify by running the following command:

Like the backend, this YAML creates a deployment that contains a pod that runs the specified Docker image.

Apply the changes to deploy the frontend:

Verify the deployment by running kubectl get deployments. 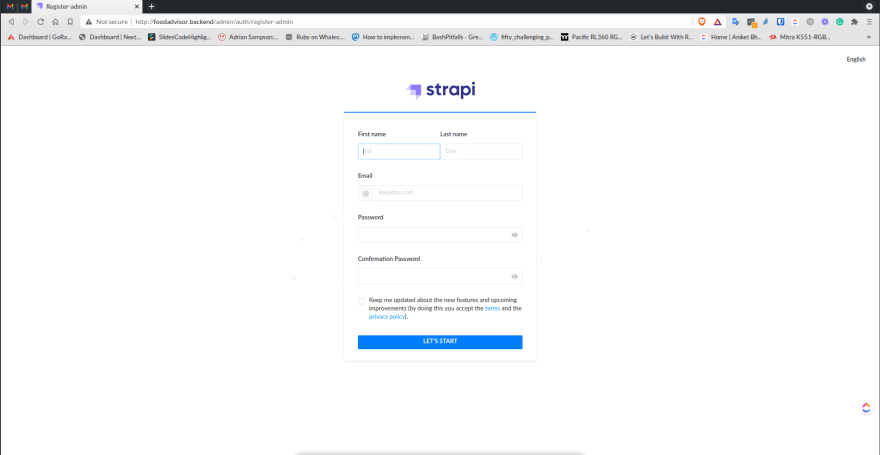 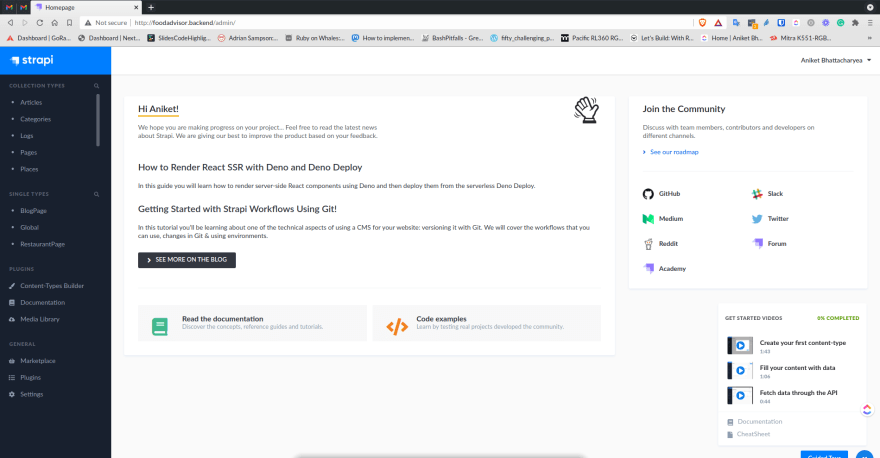 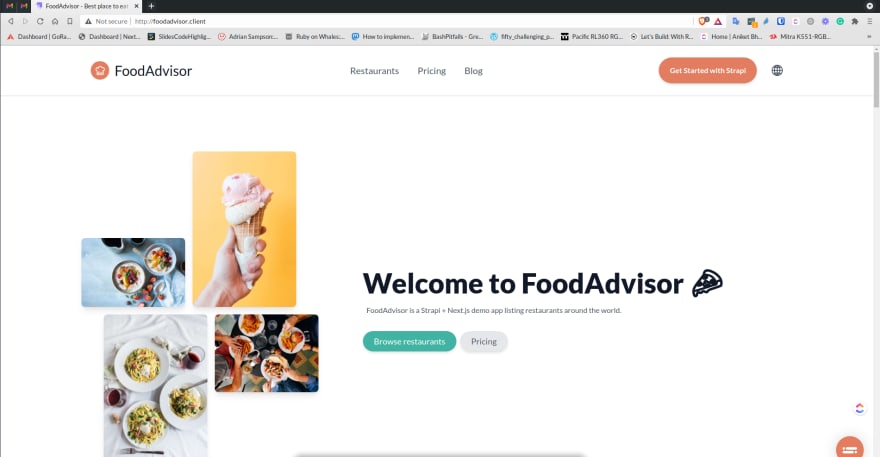 There’s no doubt that the cloud-native approach is going to be the de facto standard for application development in the near future. This method does away with monolithic applications and instead breaks down an application into scalable, performant microservices. The net result is an easy-to-develop and easy-to-manage application, which is difficult to achieve with a traditional deployment.

This tutorial demonstrated how easily you can get started with Kubernetes to deploy the official Strapi demo app. If this interests you, check out Strapi's website to learn more about the headless CMS.

How To Give Developers Secure Access to Kubernetes Clusters

Using a Private GitHub Repository as a Helm Chart Repository

How to Secure Your Kubernetes Clusters With Best Practices