Windows 365 is a Cloud PC service by Microsoft which provides Virtual PCs / RDPs to Customers. It provides customers with a Windows 10 Enterprise Licensed, which would later on automatically update to Windows 11(as stated by Microsoft) It was released around 2 Weeks Back (August 2nd) 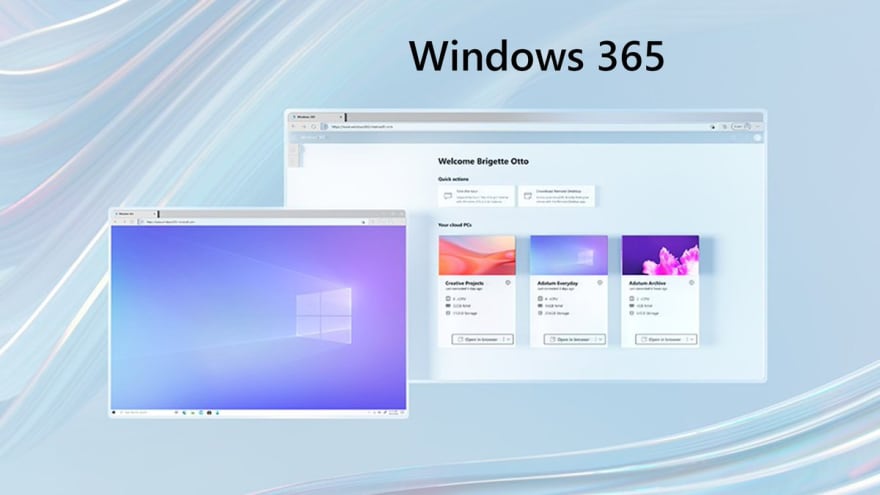 Experience Windows 10 or Windows 11 from any device. 👏

Introducing #Windows365, a cloud service that lets you access your apps, data, and settings from anywhere. Available later this year: msft.it/6016nSSMG

How is it different from Microsoft Azure?

Well of course these Windows 365 Cloud PCs are hosted by Azure Platform but customers do not need to access Azure Portal unless they are a large organisation which would need Azure AD Domain Controller. Microsoft has made it easier for Businesses to get a Windows 365 Cloud PC which means no messing around with Azure Portals. To be clear, its some easy to do stuff :)

Microsoft is focused on providing businesses a secure workspace which has the ability to be picked up from where you left off on the device of your choice. Yes, this means you can stream the Cloud PC on your Mobile Too! Using the Microsoft Remote Desktop Client of course :)

Well.. as I am writing this blog post, you should have guessed that I do have a Windows 365 Cloud PC. How the f did you get access to that? Didn't you say it was for Businesses and Organisations only?

No Joke, I've been really interested in Microsoft Products for around 2 - 3 years now. Last Year my school implemented Microsoft Teams for students to support remote learning. I was really impressed by the way teachers had access to some stuff we didn't have access to.

As I wanted to explore more, I got a Microsoft Business Account. For around some time I messed around with the portal where I saw I was able to get Free Trials for particular Microsoft Licenses / Products.
At that time, I had the ability to issue over 200 Microsoft 365 Licenses for FREE! Nope, I didn't sell them. I provided it to my classmates as most of them didn't have MS Access Pre-Installed in their system.

Now how did you get Windows 365? Answer That SRK! NOW!

I just came over this random recommended YouTube Video of Microsoft , which was the announcement of Windows 365. Since then, I kept waiting for the day (August 2nd). On that Day, for around 24 hours Microsoft was issuing Windows 365 Licenses as Free Trials for 2 Months! Well it's paused now, due to a very high demand :( I immediately used my account which had access to Microsoft Business, to get a fee trial license and yes it worked! I currently have a 4vCPU/ 16GB RAM / 128 GB SSD Specification RDP just for free from Microsoft!

How much do Windows 365 Licenses Cost?

Well.. that's obviously a lot, because these licenses are meant for businesses and the Remote Desktop they provide is really useful as they are up 24/7. Have a look at the costs in this page.

I think it is absolutely worth it the cost considering the below:

It's Definitely a worth it for businesses!

Small Businesses will highly benefit from this, as the speeds of Internet is way too good. I don't think individuals will benefit much on this, only if they would want some high speed internet 👀

I will attach a Screenshot Below too! 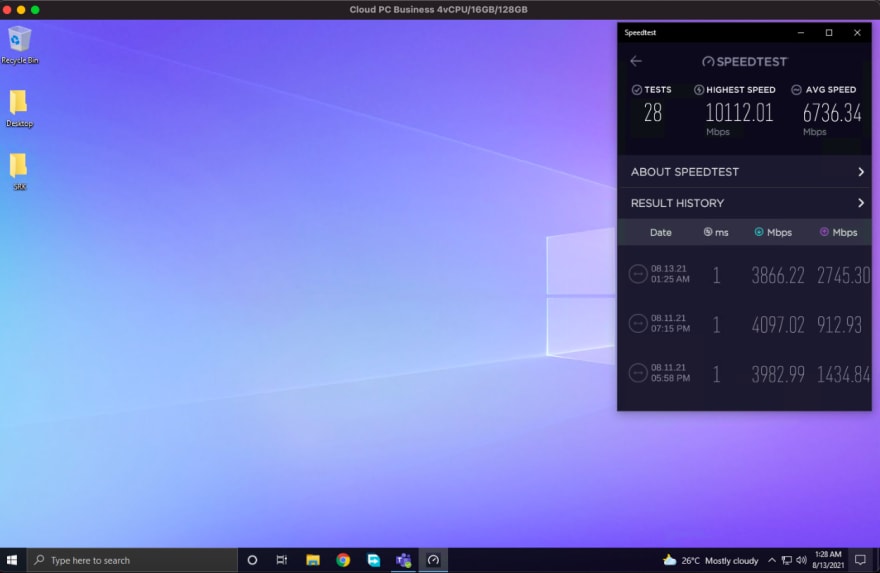 This Cloud PC helped me a lot in my academics too, it was way easier to work around with my assignment stuff! At least better than my unstable WiFi Connection.

Post Written in a rush by SRK originally in hashnode blog
Follow up the link above to get my socials!

A Git cheat sheet – $get git

OpenTelemetry vs OpenTracing - choosing one for instrumentation

SRK
Interested in Artificial Intelligence
Cloud Functions Using the New Java Runtime
#java #opensource #serverless #cloud
Why Microsoft and How I achieved my Goal
#webdev #career
What are your favorite features of HTML5?
#discuss #anonymous #html