Imageboards has been a part of the internet for many years, and they serve a purpose, ranging from sharing artworks from other people or their own, and even used as mirroring to garner artists more exposure - or even to mirror the image when the author of that image decides to just - move on and delete everything.

However a lot of the imageboards that I've seen (even open source) had failed to keep up with modern web standards. Some imageboards have very dated design, and feels very clunky to use, while the others feels feature-filled but too complicated. Or some even take UI design for this sites a least-priority. 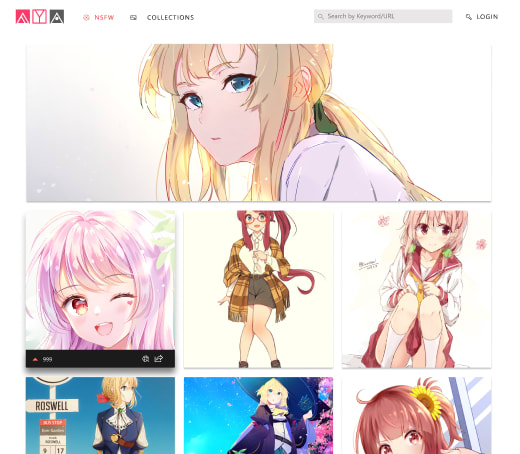 Project Aya is a project of mine just to partially fulfill my requirements for my Information Management class, but I wanted it to be more than just that. In the light of lacking modernization from most image boards, Project Aya is a new breed of image board designed by these three paradigms:

Aya was designed from the ground up to make things simple for the average user to know what a purpose of a image board is. It's also meant to make a aspiring image board admin to deploy one easier - no need to handle a server.

Instead of following the usual design pattern for boorus, Aya was designed to go to a curve no imageboard yet has done. 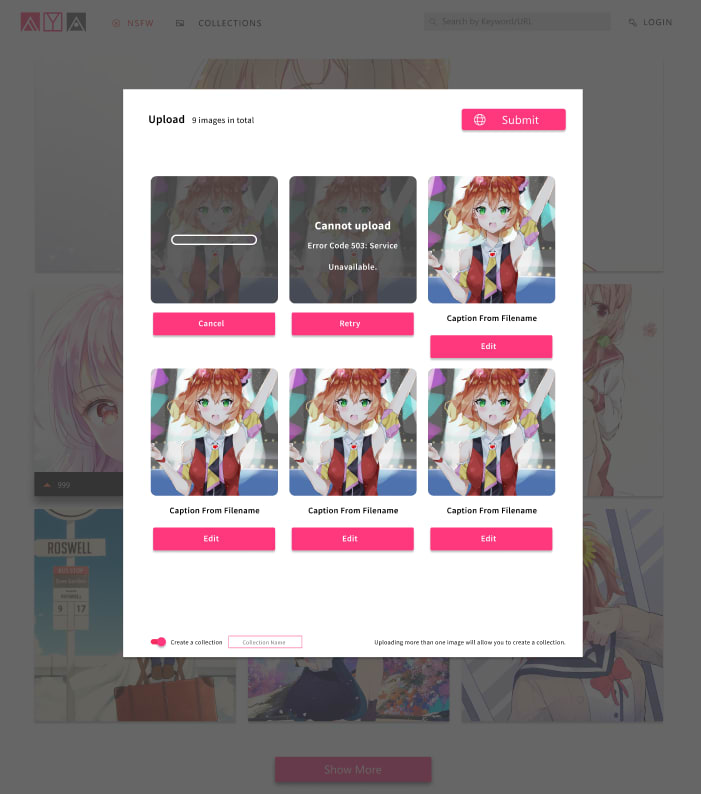 Every part of Aya was designed with simplicity and reduced information density in mind, focusing more on what matters the most - the images. 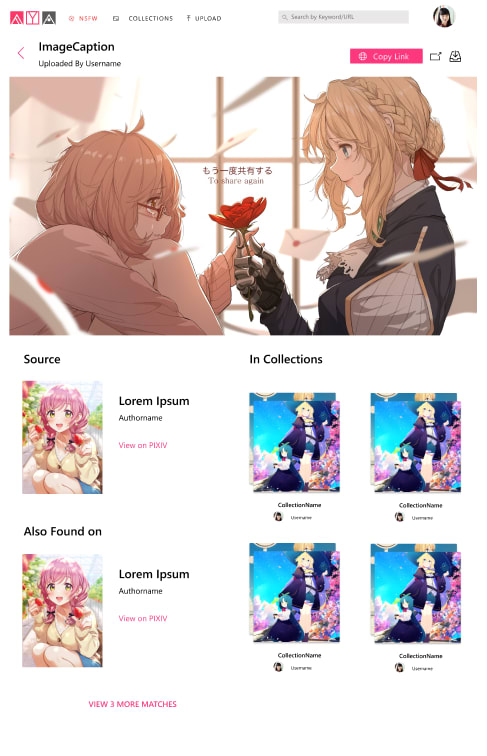 It's not only the UI that I changed, the architecture was also designed patterned in most applications used nowadays, which is Serverless. My idea of the imageboard is that It's so simple, you don't even need a server to use it at all. All you need is a serverless platform like Vercel, a serverless DB and cache, and you're good to go.

But wait, what about the images?

Keeping Images In The Internet

Instead on relying on traditional CDNs, Project Aya uses IPFS to host its content, IPFS turns out to be a great solution for such a project, and its fulfilling the third paradigm of Aya, that even if the site goes down, the image is still there, being served and shared along. And with that, we picked Infura to help us with this endeavour to keep all the amazing artworks stay in the internet.

But we're not quite there yet

Despite being in early stages, I wanted to showcase this to everyone something I've been working on since the lockdown started. It's more than just "because I wanted something to pass time", it was rather a train of thought I had since November of last year - and I wanted to make it into something tangible.

But we're almost in a launchable state, but I'll need your help. We're going to be hosting a Patreon-only closed beta, so if you want to help out in the development, consider going to my Patreon so we can make this project possible.

If you just want to wait for the launch, that's okay too! We're planning launch somewhere this year so I hope people would get around using it.

And best of all - It's Open Source

This project is 100% FOSS - the code is live on GitHub and you can help us implement some stuff. Keep in mind UI is already been designed, so just ask me for the mockups.

If you have any questions feel free to hit my email. I'd love to have a chat on what you expect from a imageboard and any criticisms as well.

How to submit a form with Playwright?

Ayane Satomi
ex-Coder Technologies and master procrastinator.
From Express to Serverless: How we wrote a legacy Express Server to a Serverless API with the help of Next.js
#nextjs #typescript #node #serverless
WebAssembly and Node.js - No, they won't compete with each other, they'll coexist
#webassembly #node #javascript
Don't Make NPM Packages Unless You Need To
#npm #node
Forem Open with the Forem app