Etcher is a utility created by Balena, that makes your life easy with its unique take on creating bootable USB and SD cards with a .iso file.

In this guide, I will show you the steps to download and install Etcher Download. Although it is a bit trivial for some, may be difficult for others. Hence this guide.

Primarily Etcher is used for flashing or writing the Linux OS .iso images for example Ubuntu, Linux Mint .iso images, etc. But ideally, it should work for any other .iso files as well.

There are other utilities available as well to create bootable USB disks in particular, like earlier I wrote about a guide using Unetbootin.

But that said, Etcher is in my opinion is faster, cleaner, and better. It seldom fails. The success rate is high.Before I explain the steps, a quick recap of its features.

There are plenty of methods of creating a live Linux USB, but the simplest way is by using the open-source and free utility 'Etcher.'

We shall discuss how to use Etcher on Linux, Windows, and macOS systems to create and validate the Live USB drive.There are plenty of methods of creating a live Linux USB.

But the simplest way is by using the open-source and free utility 'Etcher.' We shall discuss how to use Etcher on Linux, Windows, and macOS systems to create and validate the Live USB drive.

Etcher has recently become very popular in the Linux community, due to its simplistic nature.

We have recommended on multiple articles to use Ether to create a live USB drive.

Etcher can also be used to flash SD cards, like for the Raspberry Pi operating systems. Let’s talk about the features of Etcher.

The interface is the most fantastic thing about Etcher
Historically, bootable drive creators have been not so good looking, complicated, and overall an unpleasant experience.

Although Etcher, it has a pretty minimal interface. There are only three buttons in the window: 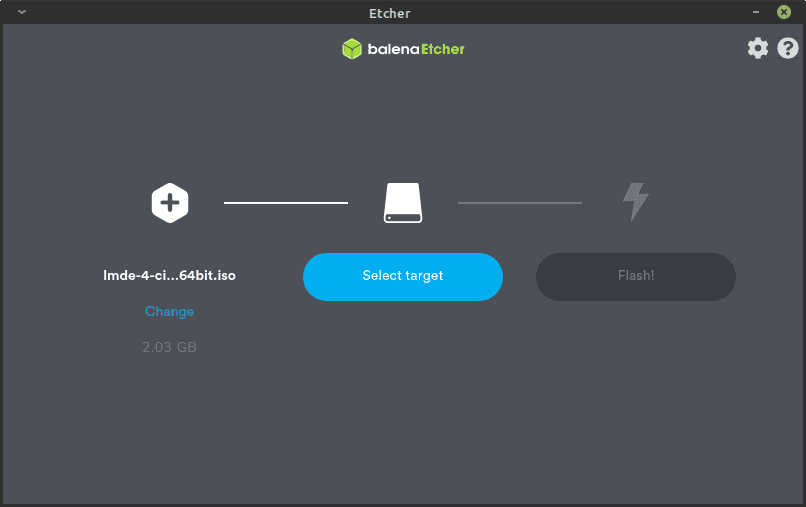 Select Image: To select the location of the image of the operating system that you want to create a bootable drive
Select Target. 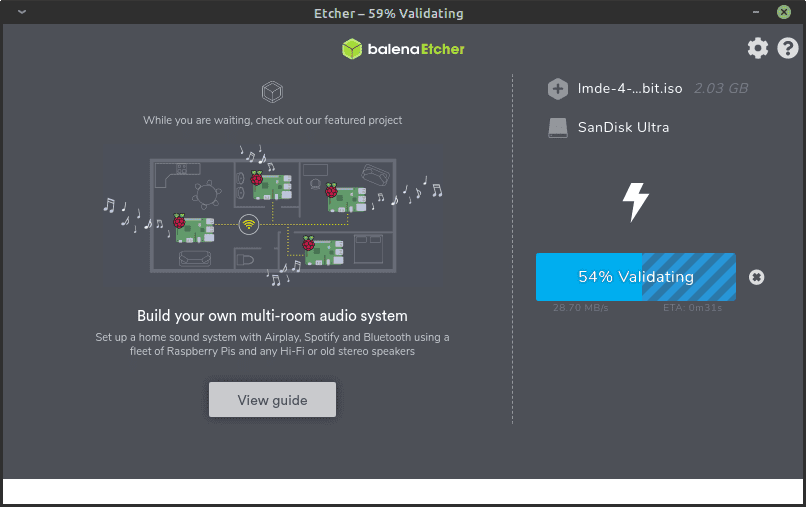 To select which of the external drives is to be used to create the bootable drive.Flash!

There are small buttons for opening up the preferences window, and to get help on the top right corner.

This is a unique feature of Etcher. After the image has been flashed to the USB drive or the SD card.

Etcher runs a validation process that confirms that the flashing has been done correctly.

This is helpful because often, it is found that the flashed drive is corrupt while attempting to boot from it. The validation process prevents that to a large extent.

Etcher chooses one of the external storage devices by itself, and it is generally the obvious choice of a USB Drive, according to the storage space.

It happens many times that accidentally, the flashing gets done to hard drives or some device that you don’t want to use.

To make things better, Etcher also lists the storage space of the device, along with the name for better distinction.

While there are many ways to create a bootable USB such as you can use Unetbootin, MKUSB, even use Ubuntu’s default Disk utility – but Ethcher makes it easier to do it. The UI design, only 3 steps process makes it ideal for new users and of source advanced users who want reliability. Because a bootable USB is a critical asset and should be created properly by a solid program.

Comment with a command line command and explain what it is and how to use it.

sonu
I am Student
Git Commands ( to ease your development 🤗 )
#git #productivity #community #github
How to be productive and deal with time management
#productivity #career #motivation #devjournal
Github copilot is out of beta, would you use it ?
#discuss #programming #productivity #github