React JS is a free and open-source front-end JavaScript library used for building user interfaces. It is one of the most demanded frameworks used in the market by 31.3% of all professionals Some high-traffic websites that use react are Netflix, PayPal, eBay, Airbnb, Instagram, Uber, Reddit, etc.

Several IT companies utilize React JS to develop scalable and easy-to-maintain systems and build high-performing responsive websites and web-based applications. It is a front-end web development tool used by around 10.2 million websites worldwide. The popularity of react web development is constantly rising for several reasons. Let’s dive into the top 5 reasons for its accelerating demand.

Why use React JS for Web Development 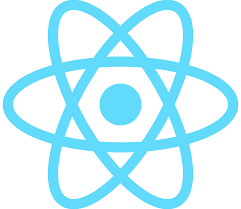 In today's world, React JS is the most popular JS library used even years after its initial release. Web developers continue to rely on it as the most effective JavaScript UI library for creating and managing views. The two distinguishing features that make React much more than just a library are JSX and Virtual DOMs.

**i) **The learning curve of React is much simpler as compared to Angular. React is a lightweight library that only deals with the view layer on a web page. With a fundamental understanding of HTML-CSS and a few programming concepts, starting with react is quick and easy.

ii) React web programming has a large community of developers who are always there to resolve issues or stucks. It is an open-source library created by Jordan Walke, one of the top five trending repositories on GitHub. According to research, as of January 2022, React has more than 180k stars on GitHub with more than 10 million npm downloads weekly.

iii) Instead of rendering the DOM tree every time a change occurs in the HTML code, virtual DOMs are used by react. This saves time and power consumption because react js web development creates a copy of the DOM. When a change is made, it examines the virtual DOM to determine which tree nodes and components need to be updated. The tree can be quickly and efficiently updated by making a minor change in the DOM.

iv) JavaScript XML (JSX) eliminates the need for separate HTML and JS codes. Developers can use the HTML syntax directly in JavaScript code with ReactJS. Web browsers decode the HTML documents to display UI by creating a DOM tree and modifying it with the help of JavaScript. In addition to virtual DOM, JSX increases the performance and efficiency of react web applications.

v) If your business needs to build a complex application with an appealing UI, React JS’s tool, JS athenaeum, makes it possible. It empowers businesses to create dynamic web apps and attention-seeking UI components. The isomorphic code development makes this possible, as the app can be built in less time using reactjs for web app development which uses the same code for frontend and backend.

To wrap up, react web development is widely used globally as a feature-rich library. It provides cutting-edge functionalities and is an excellent choice for developers looking for an easy-to-use and highly productive JavaScript framework. Despite the constantly emerging technologies, react has made its mark in the competitive industry for the last 10 years.

Web development in react offers several business benefits such as speeding up development, scaling well with all project sizes, ensuring long-term stability for your technological stack, performing faster as it is an optimized programming framework, SEO-friendly, and many more. Expand your react development team with the right remote talent from the top 3.5% global pre-vetted pool with Uplers. To speed up your hiring and save on costs, follow us on Twitter

What Cool Project are you Working on? Let’s Hear it

10 VS Code Extensions I Couldn’t Live Without

Once suspended, shreyas91479007 will not be able to comment or publish posts until their suspension is removed.

Once unsuspended, shreyas91479007 will be able to comment and publish posts again.

Once unpublished, all posts by shreyas91479007 will become hidden and only accessible to themselves.

If shreyas91479007 is not suspended, they can still re-publish their posts from their dashboard.

Once unpublished, this post will become invisible to the public and only accessible to Shreya Srivastava.

Unflagging shreyas91479007 will restore default visibility to their posts.