Let's be real here, we all make mistakes when we code and to make matters worse we persist those changes in a version control system like Github. Sometimes they are benign and on the other hand it can cause a lot of damage.

In this blog I will discuss ways by which you can fix your mistakes when using git.

PS: Keeping your commits "Atomic" would go a long way in helping you fix your mistakes, since you can throw a commit the introduced the issue with confidence.

There are a lot of ways you can fix mistakes in commits and each way is suitable under a specific circumstance. From a practical stand point we can broadly classify mistakes into types types

When commits are pushed to remote, To be on the safer side we should assume that other people might have already pulled the changes.

you can easily remove a commit from the repository by doing a git revert.
Revert does not actually remove the commit, instead it will create a new commit which reverts the changes done in the commit.

Not pushed to remote

We have a lot of options when it comes to fixing mistakes that are not pushed.
Depending on the situation we can choose different approaches

Mistake in the last commit

If the mistake is in the last commit we can use

With commit amend you can make changes and add the changes on top of the last commit.

Scenario:
I created a new feature but I missed to add an file which should be part of that commit.

Git reset is very versatile. simply put we can use reset to undo commits.

if do not wish to keep changes after the commit you want to change you can undo all the commits from the bad commit.

The disadvantage of using this is that the commits after the commit that you want to change are also lost. This can be troublesome for you if you need the other commits, in that case you can use git rebase.

To fix commit without removing / modifying other commits we can use rebase. 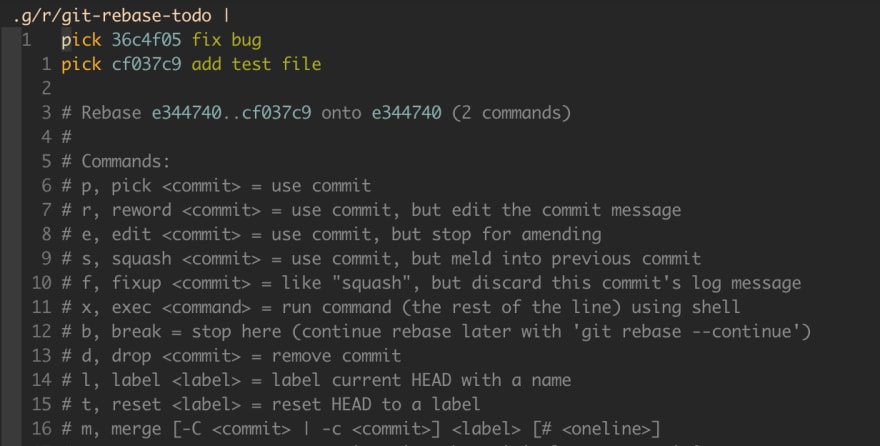 -i is for interactive mode, this command will open a text editor allowing you to enter what you want to do with each commit.

to delete a commit we should specify drop for the corresponding commit.

if you want to modify the commit you can specify edit instead of drop.
it will pause the rebasing at that commit and you can make changes then continue the rebasing with git rebase --continue

Deploying to Heroku from GitHub Actions

How to clone your private repository from GitHub to server, Droplet, VDS, etc?

The git command that will change your life! Don't have those git nightmares 😰 anymore.