When you apply for a job and get rejected, that’s normally the end of the story.

And in fact for most jobs, this doesn’t seem like the end of the world. You might have liked the product and the team culture, but hey, plenty of fish in the sea.

But if you really want to work somewhere and the opportunity doesn’t work out, then that can sting.

That’s where Jason comes in.

In the summer of 2017, Jason Yuan was rejected from an Apple Music design internship. He referred to it as an opportunity of a lifetime, that, well he had missed out on.

But what Jason did next is pretty awesome. He spent the next three months pursuing his own project focused on redesigning the Apple Music experience.

He reframed the rejection as an opportunity to get better at his craft. In his case study that went viral, Jason walks us through what he’d change about Apple Music, how he’d make it better, and other potential ideas he has for the platform. 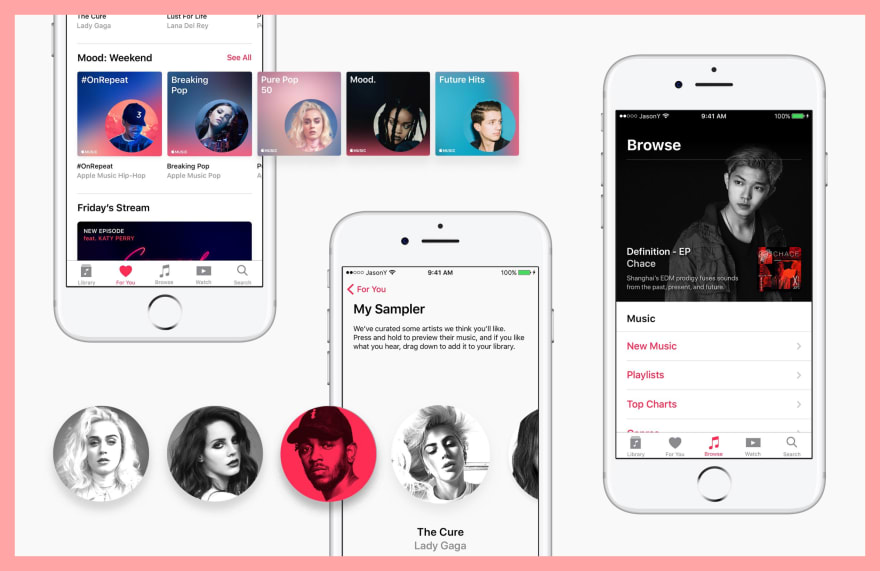 It’s a remarkable piece of work. It shows that Jason is focused on the process - he’s willing to put his work out there and get better.

His whole experience conveys three concepts that I want to discuss:

When most people are told they can’t do something, that’s the end of the dialogue. They outsource their decision making to other people.

People with high agency don’t let this happen. A second dialogue starts in their mind - how do I get around this obstacle?

This is a concept I first heard about from Eric Weinstein. Steve Jobs has a similar concept which he referred to as the Reality Distortion Field. An example:

In 1981, Bud Tribble, one of the key employees on the original Mac computer, greeted a new software engineer at Apple by telling him they were scheduled to ship the Macintosh software in just ten months.

The new employee, Andy Hertzfeld, told him this was impossible. Tribble agreed.

But Jobs wouldn’t take no for an answer. Tribble described this as follows:

“In Jobs’s presence, reality is malleable. He can convince anyone of practically anything. It wears off when he’s not around, but it makes it hard to have realistic schedules.” 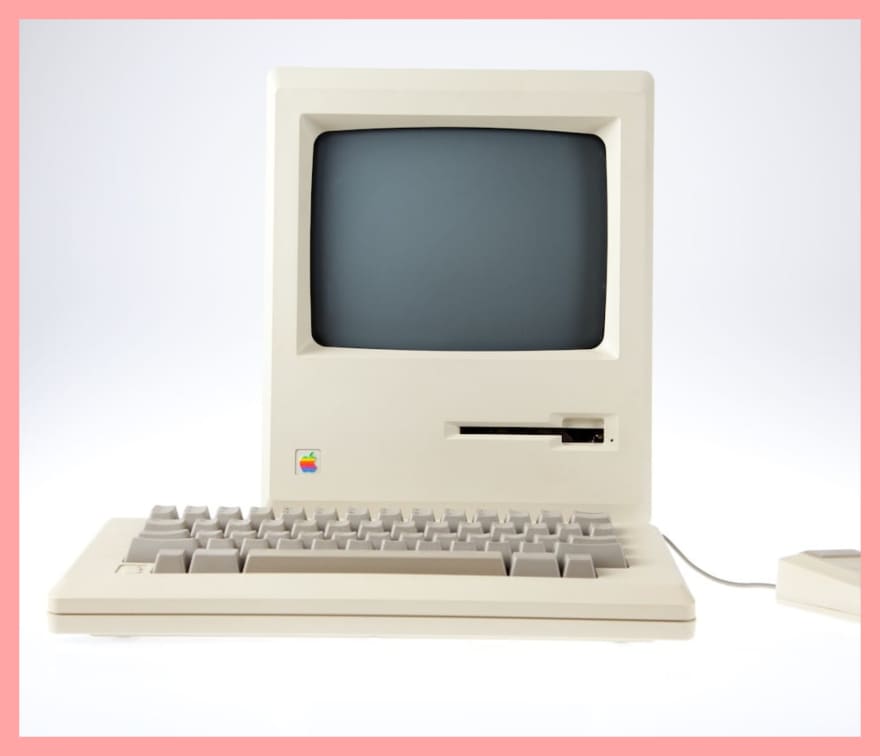 Jason is a prime example of a high agency person. Although he didn’t get the internship, he realized that the opportunity to learn more about UX design was entirely up to him.

He didn’t need permission to do what he did. All he needed to put in was the time and effort.

Jason was rejected for the internship in the Summer of 2017. He published his Apple Music UX Case Study around then.

Can you guess where he interned the Summer of 2018? Apple.

That’s right - Jason’s case study basically made hiring him one year later a no brainer. He got rejected the summer before and there’s where the story should have ended. But his resourcefulness made sure that wasn’t the case.

Most people think they need to be experts before publishing any of their work online.

But when Jason published his Apple case study, he made it very clear that he wasn’t coming from a place of expertise.

In fact, Jason’s alma mater Northwestern University didn’t even have a formal graphic design program, so Jason is all self-taught.

Don’t worry about being wrong because you’re likely in a position where you’re pushing yourself and growing. If you are wrong, the internet will correct you and you’ll end up learning new things. 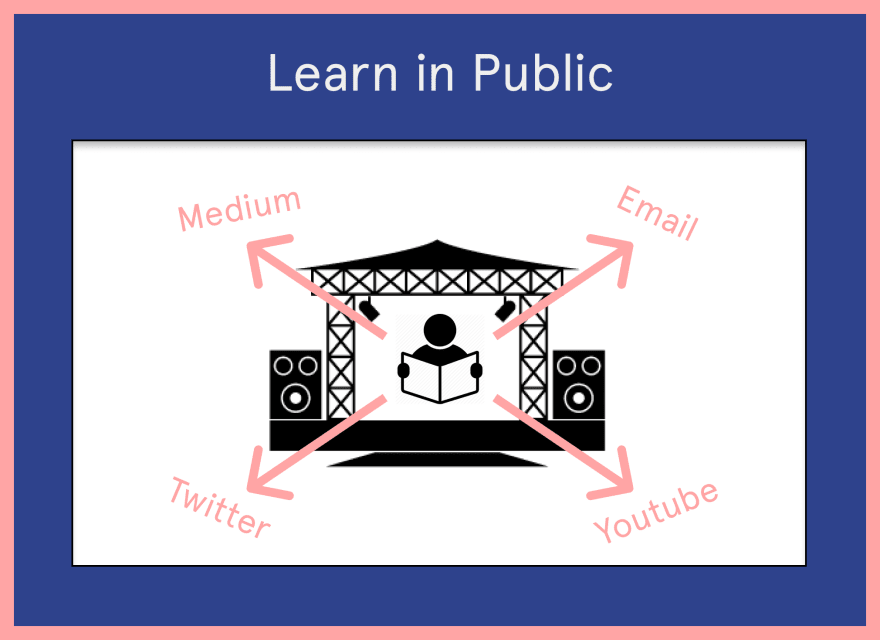 Writing your thoughts out also forces you to be crystal clear and contributes to solidifying your learnings. In a world that’s going increasingly remote, writing well is a valuable skill to have and one that can make you stand out.

Finally, learning in public also allows one to attract mentors. Not many people share their work in public. It makes you stand out and people who are already higher up in their career start wanting to help you.

In Jason’s case, by documenting his work, he was able to get the Apple internship.

And let’s assume for a moment that he didn’t get the internship. Even then, his case study went viral - it was widely shared on social media and he got thousands of people checking his work out.

Only good things could have happened. If not Apple, Jason would still have eventually ended up with an awesome opportunity popping up.

Jason prefaces his case study by clearly stating that his work was not driven by indignation or spite. In other words, he states that he didn’t put all this work into redesigning Apple Music because they rejected him.

That’s fair. It’s definitely the healthy mindset. But I want to explore the alternative view as well.

Let’s assume that he did do this out of spite.

I don’t think that’s necessarily a bad thing. Proving people wrong can be a huge force of motivation.

Danielle Leong, an Engineering Manager at Github, talks about this in her Twitter thread. If you’ve been told that you’re not good enough at something, instead of complaining you can get better.

Everyone loves an underdog. When Apple rejects you and you come back by writing a 3000 word case study that goes viral on the internet, you’ve completely flipped the script.

There’s actually a bit of research that has been done related to this investigating the reason behind why certain individuals become entrepreneurs.

The paper finds that individuals with actual ability that exceeds the signal value of their ability (say, their credentials or whatever they can put on a resume) become entrepreneurs.

Steve Jobs was rejected from HP because he lacked a degree. He went on to start Apple.

Jason Yuan was rejected from Apple. So he wrote a case study that went viral and the rest is history.

Thanks for reading. I’ve linked Jason’s case study in the article but here it is again.

If you liked this, you’ll probably also enjoy this story about landing an interview using Facebook Ads. It’s another example of High Agency.

I run a website called CareerFair - it's practical career advice for your tech career. You should check it out.

How to do human-friendly code reviews

Angular: How to refresh scroll position on "back"

Stop Memorizing! : The #1 Advice I Wish Someone Would Have Told Me