How has the web evolved, and more importantly – where is it going next? Also, why do any of these things matter?

The Evolution of the Web

The web has evolved a lot over the years, and the applications of it today are almost unrecognizable from its most early days. The evolution of the web is often partitioned into three separate stages: Web 1.0, Web 2.0, and Web 3.0. 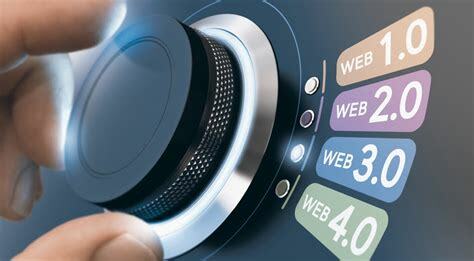 Web 1.0 was the first iteration of the web. Most participants were consumers of content, and the creators were typically developers who build websites that contained information served up mainly in text or image format.
Web 1.0 consisted of sites serving static content instead of dynamic HTML. Data and content were served from a static file system rather than a database, and sites didn't have much interactivity at all .These websites were “read-only web,” meaning you were only allowed to search for information and read it.
Most e-commerce websites are still web 1.0 in nature since the concept behind them is simple. Present products to the customers and take money from the ones who are interested. These websites are usually very smooth and fast, however, the level of user interaction is minimalistic.

The next iteration of the internet was called the “web 2.0” or the “read-write” web. Now, users were not just idle visitors, they could create their own content and upload it to a website. It could support near real-time interactions and thus collaborative activity was feasible.
Web 2.0 has been characterized by the rise of apps, platforms that enabled self-publishing such as WordPress and Squarespace, and social media platforms such as Facebook, Instagram, LinkedIn and YouTube. These websites emphasize user-generated content, participation and user-friendly layouts, which are all distinct characteristics of Web 2.0. In simple terms, Web 2.0 transitioned to the idea of "the internet as a platform."
Web 2.0 is the transition that the internet went through after the dot-com bubble, but the internet is once again in the process of transitioning. This new stage of the internet will provide new benefits to users and content creators.
Web 2.0’s main aim was to make the internet more democratic and make it as user-accessible as possible.

what is it? Do we really need another version of the internet? What's wrong with the internet we already have? What benefits will Web 3.0 provide that don't already exist?

Web 3.0 is slated to be the new paradigm in web interaction, the era of decentralization. it is the third generation of the Internet—a global network that permits intelligent interactions between all its users and devices.

Web 3.0 is not an entirely new concept. What we consider to be Web 3.0 today was originally coined the Semantic Web by Tim Berners-Lee, the inventor of World Wide Web. He envisioned it as a smarter internet that was more autonomous and open

The philosophy behind web 3.0. Web 1.0 was primarily driven by content that came from the business or the institution for its customers. Web 2.0 took things a little bit further by allowing users to upload and share their content on the website itself. Web 3.0 allows online applications and websites to receive information that’s on the Web and give new information/data to the users.

🔰A Return to the Original Concept
Web 3.0 will, in some ways, be a return to the original concept of the web, a place where one does not need permission from a central authority to post, there is no central control and there is no single point of failure.
Web 2.0 has been marked by centralization, surveillance and invasive ads, but the use of decentralized technologies such as blockchain will allow a more open environment where data on the internet is decentralized. Web 3.0 will allow decentralized apps to displace centralized social networks such as Facebook, and individuals will maintain ownership over their personal data.
Web 3.0 will be made possible through decentralized protocols, so I predict the future of the internet, blockchain technology and cryptocurrencies will be interconnected and automated through the use of smart contracts.
Web 3.0 will be an updated and enhanced version of the internet that we use today, but with additional benefits due to decentralization. Web 3.0 will be:

Web 3.0 will bring a pro-privacy and anti-monopoly structure to the network. It will not incentivize centralized platforms.
In short, we will see a complete turnaround where the central theme will be privacy and decentralization. The middle-man will know no business or need for this kind of platform. This move will be facilitated with the help of blockchains such as Ethereum, Hyperledger, Corda, and others.
The government, on the other hand, will also see decentralization. For the best interest, it is wise for corporations to adapt to new standards of Web 3.0 by providing decentralized services that focus on privacy and security rather than control.

🔰Secure Network
Web 3.0 features will be more secure than its predecessors. This is made possible by two factors, including distributed nature and decentralization. Hackers or exploiters will find it difficult to penetrate the network. Also, if they are able to do so, each of their operations can be tracked and retracted within the network.
Without centralization, it will also become hard for hackers to take full control of an organization. However, blockchain platforms do suffer from some form of exploits such as 51% attack, but most of the blockchain apps and platforms can quickly be patched to protect these types of threats.

🔰Data Ownership
Some might argue that the blockchain’s most important contribution is automated trust. This stretches beyond the security that the blockchain can deliver through digital IDs by building a web of trust.
Users will find it easy to trust Web 3.0. Until now, the data generated by the users were stored and used by big corporations. With Web 3.0 features, end-users will have full data ownership. The data that is transferred through the network will be completely encrypted.
Also, users will be able to decide which information they want to share with corporations or 3rd party advertising platforms. However, the current trend is completely different.
With Web 3.0 features, the users can now sell their data to corporations and earn from it.

🔰Semantic Web
The semantic Web is an improvement over the last set of technologies that are used for Web 2.0. It enables data to be shared across multiple systems, platforms, and community boundaries. It will act as a bridge between different data formats and platforms.
Semantic web along with artificial intelligence are the two cornerstones of web 3.0. The semantic web will help teach the computer what the data means and that will evolve artificial intelligence that can utilize that information. The core idea is to create a spiderweb of knowledge across the internet which will help it to understand the meaning of words to generate, share, and connect content through search and analysis.
Thanks to semantic metadata, Web 3.0 will help in greater connectivity between data. As a result, the user experience evolves to another level of connectivity that leverages all the available information.

🔰Ubiquity
Ubiquity is the result of interoperability. It means the idea of existing or being everywhere, especially at the same time i.e., omnipresent.. With Web 3.0, we can access data and information across multiple applications without the need for a particular device. This means that you don’t have to worry about getting a particular device to get access to Web 3.0. If a device has basic internet functionality and connectivity, you will be able to access the Web.
All in all, our lives will be completely changed as we will be connected through a better set of technologies such as artificial intelligence, the blockchain, and much more!

One of the most promising aspects of Web 3.0 is that, through its decentralized nature, it will remove control of the internet from the centralized corporations that currently dominate it. In Web 3.0, websites and applications will have access to more information that will be presented in a way that is more beneficial for users.