Suppose the age is 42, let's see the difference between first and second function 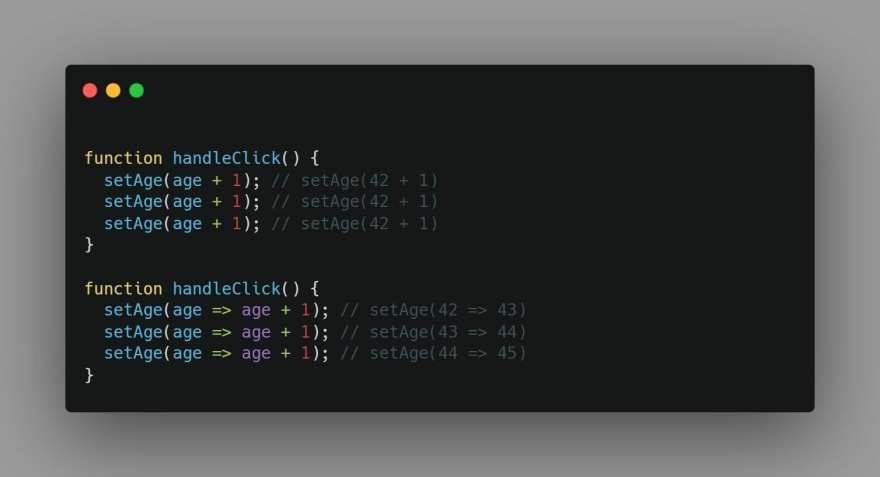 in first function, after one click, the age will only be 43 rather than 45! This is because calling the set function does not update the age state variable in the already running code. So each setAge(age + 1) call becomes setAge(43).

Once suspended, shabaneissa will not be able to comment or publish posts until their suspension is removed.

Once unsuspended, shabaneissa will be able to comment and publish posts again.

Once unpublished, all posts by shabaneissa will become hidden and only accessible to themselves.

If shabaneissa is not suspended, they can still re-publish their posts from their dashboard.

Once unpublished, this post will become invisible to the public and only accessible to Shaban-Eissa.

Thanks for keeping DEV Community 👩‍💻👨‍💻 safe. Here is what you can do to flag shabaneissa:

Unflagging shabaneissa will restore default visibility to their posts.