As you begin to learn about JavaScript, scope is an important concept to grasp. Scope can be defined as the section of code in which you have access to a variable. By access, it means you can reference that variable that has been stored in memory. Understanding scope will help you keep track of your variables and the values to which they are assigned. We'll go over two main types of scope: Global and Local.

Now that we've gone over the basics, we'll use the Nintendo Super Smash games in an example.

In our file's global scope, we have declared and assigned variables to the values of individual characters in the original Smash game. 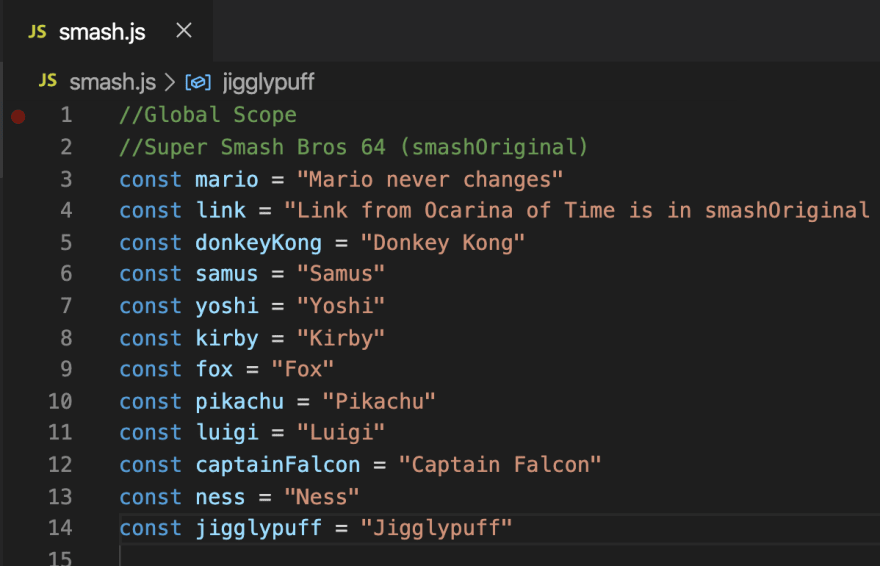 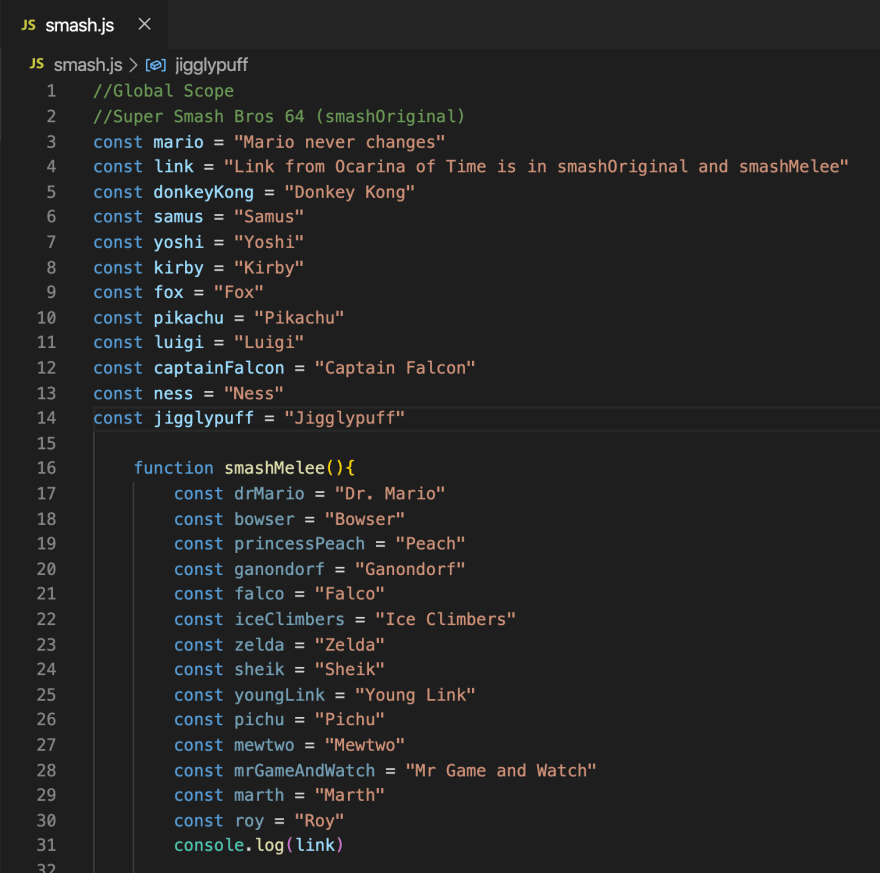 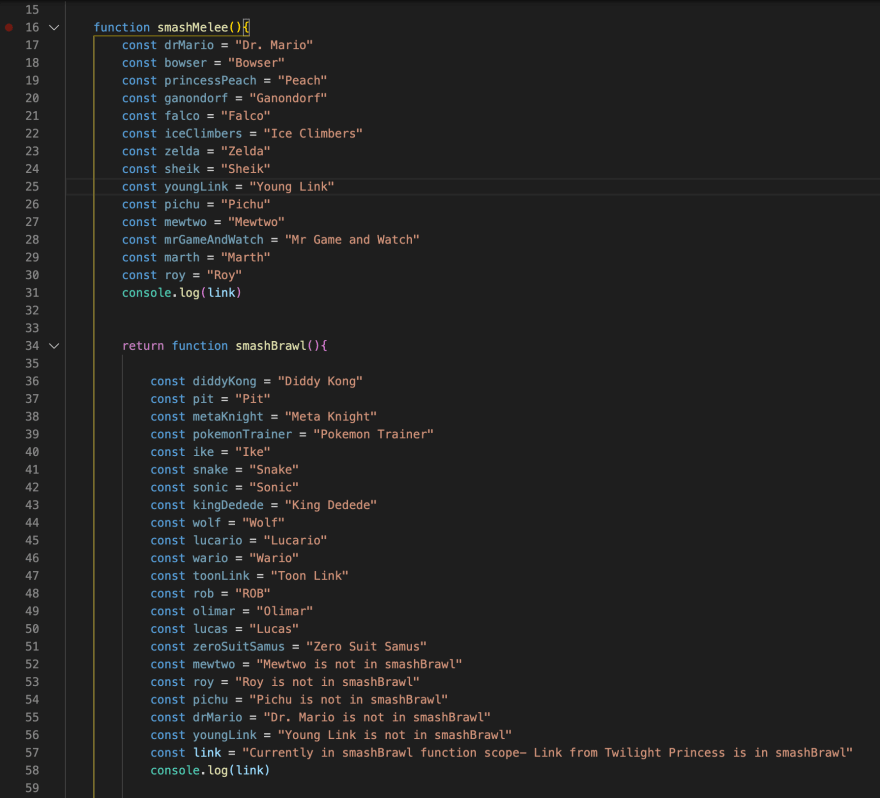 const pichu = "Pichu is not in smashBrawl"

It's important to mention that the variable of pichu has only been reassigned in the smashBrawl scope, but when you're in smashMelee's scope, the initial value assignment remains.

Here's the complete list of the games and their corresponding rosters:

As mentioned with Pichu, some characters have been reassigned or newly included in the corresponding scope of the game to which they belong.

Now we're going to use Link from the Zelda series in order to convey reassigning a value to a variable and how that functions within scope.

Link's first appearance in the Smash games is his Ocarina of Time incarnation:

If we run the smashMelee function, we see that value of the variable link being console logged:

If we run the smashBrawl function, we see a different value of the variable link being console logged:

His variable assignment is that of his Twilight Princess incarnation: 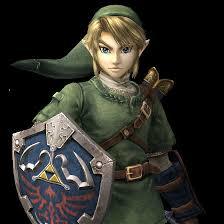 If we run the smashWiiU function, we see yet another value of the variable link being console logged: 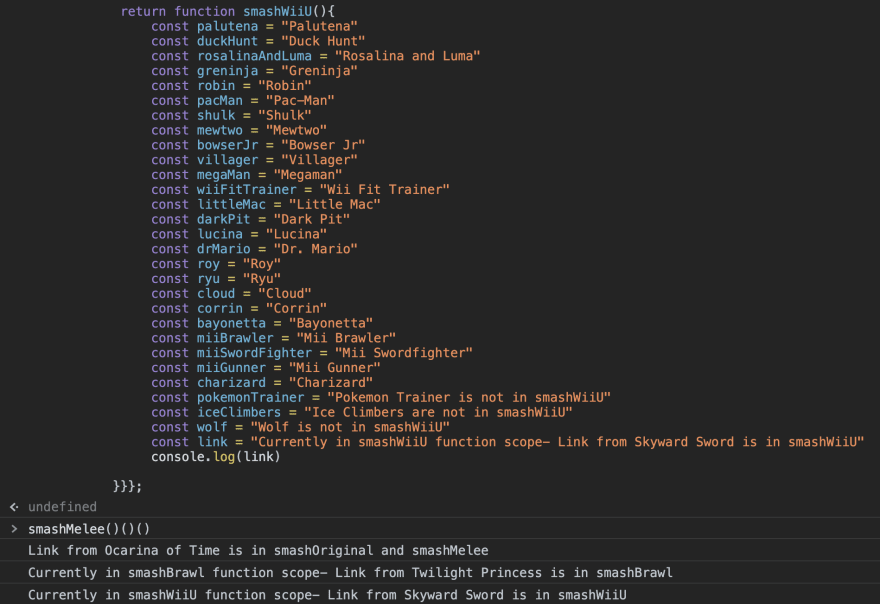 His variable assignment is that of his Skyward Sword incarnation(sort of): 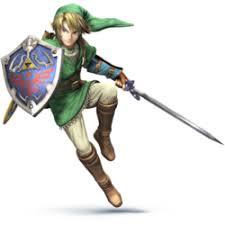 Lastly, if we run the smashUltimate function, we see the latest value of the variable link being console logged: 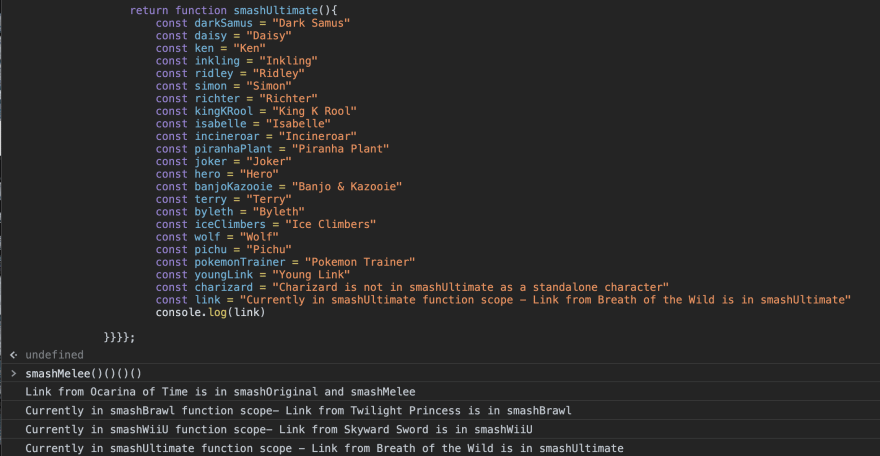 His variable assignment is that of his Breath of the Wild incarnation: 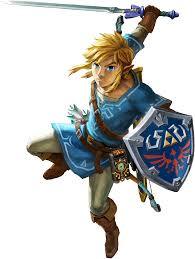 Improperly utilizing scope can lead to your variables being assigned to values you didn't intend them to have, which can cause issues in your code.

Properly utilizing the concept of scope will allow you to organize your code efficiently and ensure you only have access to variables when necessary. Otherwise you can end up with variables assigned to values you didn't intend them to have, which leads to confusion!

I hope this clarifies some things about scope. Practice the concept and soon you'll be able to do this to JavaScript.

If you have any insights or additions regarding the topic of scope, please leave a comment!

You DON'T need these to be a web dev

How we use API's at Arbington.com