I am often replying to Javascript programming questionsabout issues related to a lack of understanding of the asynchronous nature of most Javascript API and the proper way to write asynchronous code. Some documentation or examples found through search engines are outdated and not reflecting 2019's language features and best practices.

There are numerous good blog posts, like this one, to explain the concepts of asynchronous coding and even more to describe correct usage of the Promise pattern, I don't want to write a "me too" article, but rather just focus one three code sample : the good, the bad and the ugly. Or should I say : the modern, the old and the antique ?

So, using three simple code samples, let's see how you can refactor your code from a callback approach (the ugly), to a Promise approach with .then() constructs (the bad) to a modern Promise approach using async/await keywords (the correct way of writing modern code). 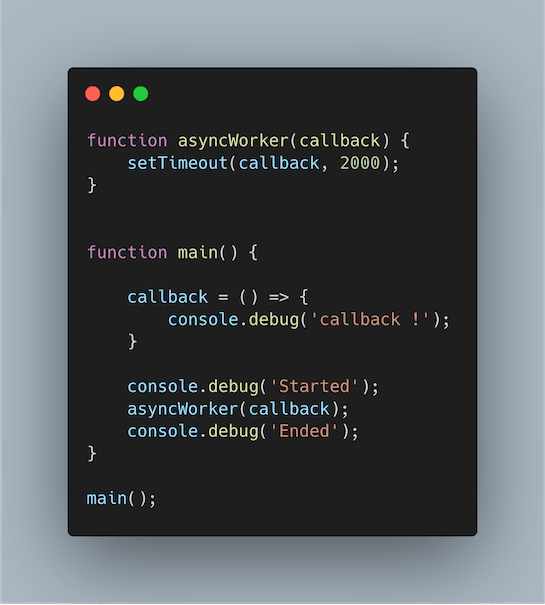 Notice callback is called after Ended because program execution continues while asyncWorker() is executed.

To avoid having to manage callbacks hell, many programing languages are now proposing the concept of Promises. Converting old callback-based code to Promises is easy : 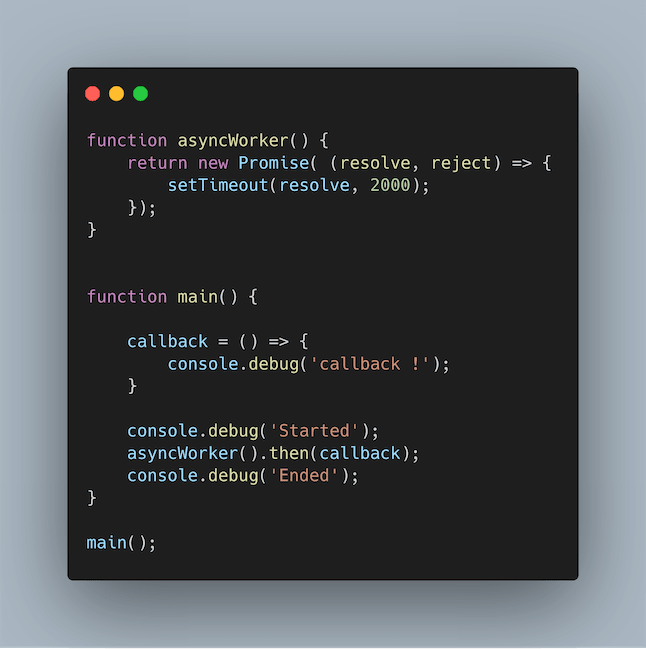 This simplifies a lot writing asynchronous code, but you still end up with .then().catch() nightmare. So, to remove these .then().catch() the last transformation step is to migrate your code to await / async keywords, as shown below. 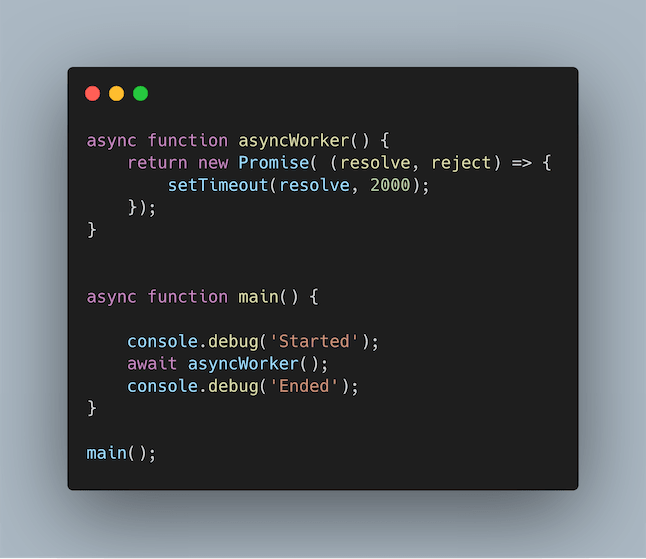 Notice the output is now in the logical order. await blocks the execution until that function finishes. Also notice that the only change made to the asynchronous function is the addition of the async keyword at the start of it.

Let's finish by looking at how you can wrap AWS Services calls made with the AWS SDK for Javascript{:target="_blank"} with async and await. Here is a DynamoDB update example. 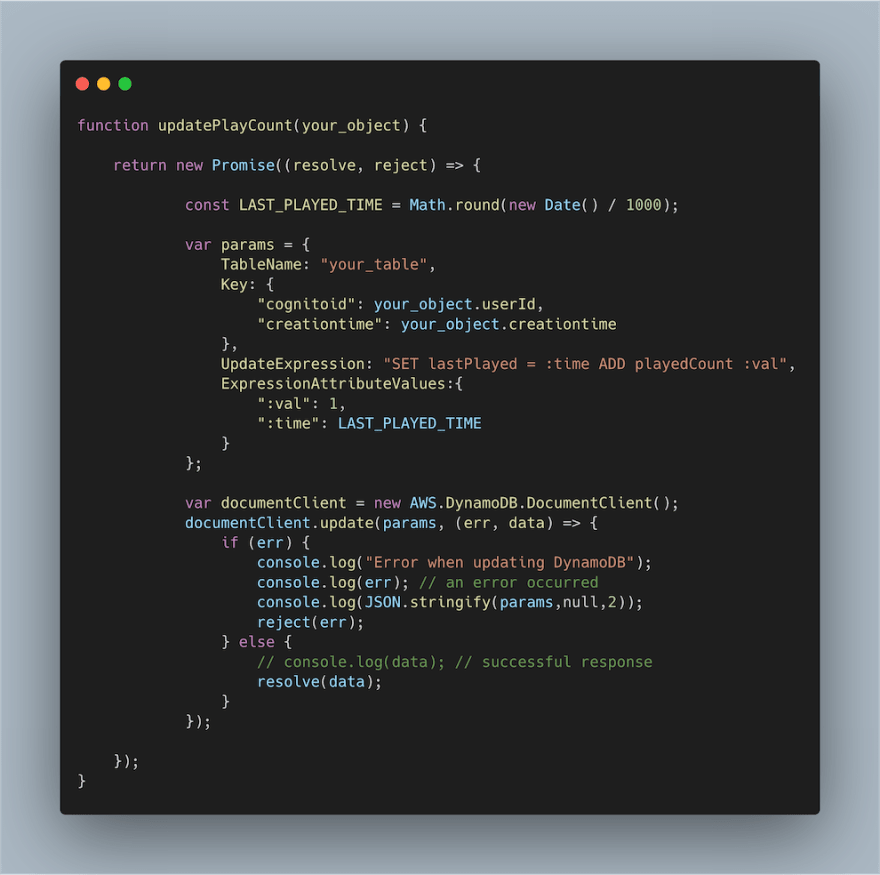 The idea is the same : the function immediately returns a Promise. Then your function calls the AWS SDK, using a callback. The successful callback eventually calls resolve(<any data>) to pass the result back to the caller. In case of error, the error handling code calls reject().

To wrap up, going from callback to async / await is pretty straigthforward once you know how to do it. Now that you read this short post, there is no reason to not do it :-). All browser's recent versions do include support for these constructs, so does NodeJS since version 7.6.0.

How To: Use LocalStorage with React

Sébastien Stormacq
My head is in the cloud, my hands in the code
Do you use Linux?
#linux #devops #productivity #webdev
Don’t comment your code
#webdev #computerscience #codenewbie #productivity
Building ClickHouse Dashboard and crunching WallStreetBets data 💸🤑
#webdev #database #javascript #tutorial