Derelict is a Virtual Reality based spin on the classic battleship game that allows a player to compete against an AI while standing on a cliff overlooking the foggy sea. When a player places a ship on the board, it appears in the distance on the water. When the player or AI lands a shot, a visible explosion is seen and heard coming from the ship on the sea. When all parts of a ship are hit, it sinks down beneath the waves.

A battleship game in Virtual Reality using Unity and SteamVR. 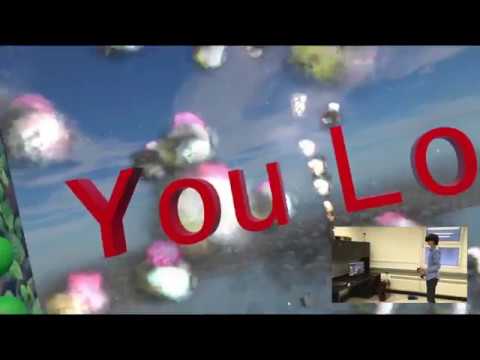 This project was built as part of my Software Engineering class during my 2nd year of college. The goal of the project was to spend a total of around 15 hours peer-programming some version of the game of battleship while using best coding practices. My fellow classmate and I took this as a challenge to not only build a full-scale Virtual Reality rendition of battleship using SteamVR, Unity, C#, and Github Atom, but to also do it hackathon style in a single day. We started at 10 am in the morning with a complete blank slate and by 5:30 am the next day and many RedBulls later, we had a finished, working build of the game. However, since we had started so early before the project was due, we ended up spending additional hours adding in extra features, improving the graphics, and making an overly dramatic demo video.

This project was pivotal to my college experience for many reasons. For one, it was my first taste at programming in something akin to a hackathon environment. This stuck with me so much that the following year, I pushed for and led the organization of the first ever school-wide hackathon at my university and formed a hackathon committee where I encouraged others to experience this alternative work style. Additionally, this project was one of the rare instances in which I was not chasing deadlines in college and actually had time to expand on ideas that were initially considered reach goals. This led to a level of learning that far exceeded the initial bounds of the project and helped shape my path as a software developer.

The linux commands that help me work

How to: ReactJs custom hooks

Ryan Stonebraker
Recent CS master's grad from the University of Alaska Fairbanks, avid caffeine enthusiast, incoming fulltime NASA JPLer
How do you feel about Neuralink?
#news #discuss
What do you do within the first 30 minutes of starting your work day?
#discuss #productivity
My Scary First Day as a Developer.
#beginners #webdev #codenewbie #career