Customer churn is one of the major problem and very important problems in the field of Telecommunications. It directly impacts the companies revenue, particularly in the field of the Telecom Industry. Thereby, companies are trying to develop methods for predicting client attrition. Thereby, it is much important to find the factors that impact the customer churn from the company. This article provides a brief description of customer churn in the Telecom Industry, provides a churn prediction model which assists telecom companies to predict customers who are likely to churn and also provides some useful data analysis to draw insights from the data. Neural Networks, Machine Learning Algorithms & other technologies can be implemented to develop a churn prediction model that can predict with high Accuracy Score. Performance metrics like Accuracy Score, Area under Curve (AUC), Sensitivity, Specificity etc can be implemented on the model to measure the goodness of the model on test data. The Dataset consists of various parameters and multiple datasets are extracted from different Telecom companies to predict the likelihood of a customer to churn from the company so that measures can be taken by the company from being churned from the telecom company. Also, Big Data technologies could be implemented if the datasets are too big for faster calculation and easy access.

Download the Datasets and Python file(.ipynb) from the following link:-

Also, the dataset consists of some additional features like the total number of minutes a customer has spoken in the Morning, Afternoon, Evening and during Nights.
The above mentioned features are some of the important features from different datasets that impacts the output parameter Churn.

In this study, Data Analysis played a vital role than models, which were built to predict the churn of a customer from the telecom industry because data analysis provides useful insights for the companies to concentrate more on particular parameters in which they are lacking to lose and acquire more new customers. 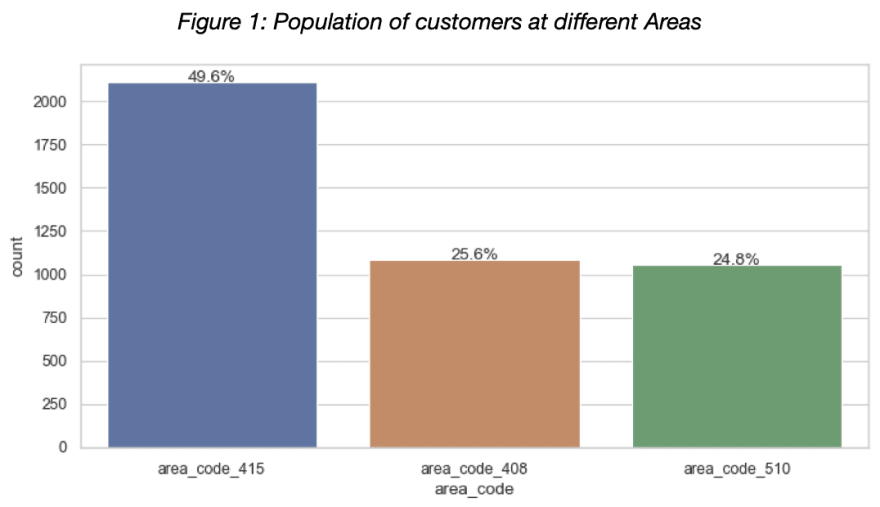 Also, from Figure 2 it is clear that the distribution of the number of customers who will leave the company is very low than the number of customers who stays with the telecom company. This creates bias due to imbalanced classes so, it is crucial to apply Upsampling technique on the minority class i.e on the data points with churn value “yes”. Thereby, the Synthetic Minority Oversampling Technique could be applied to the minority class to overcome the problem. 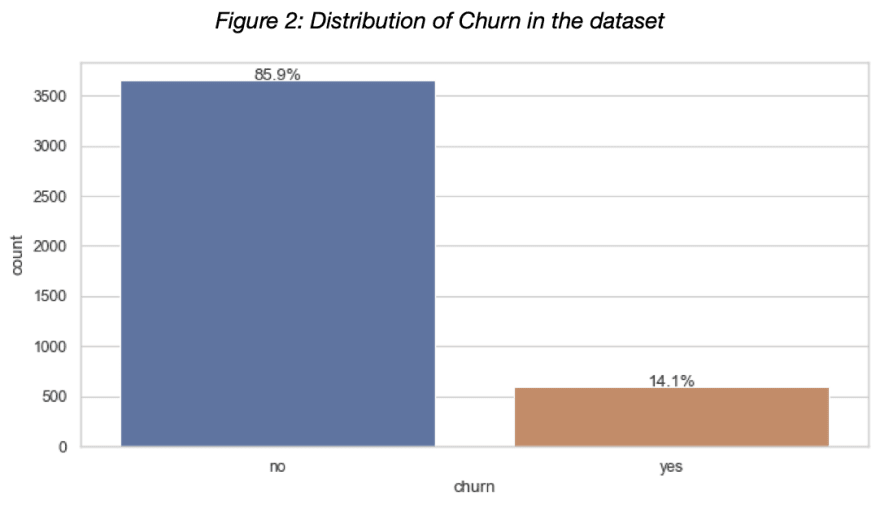 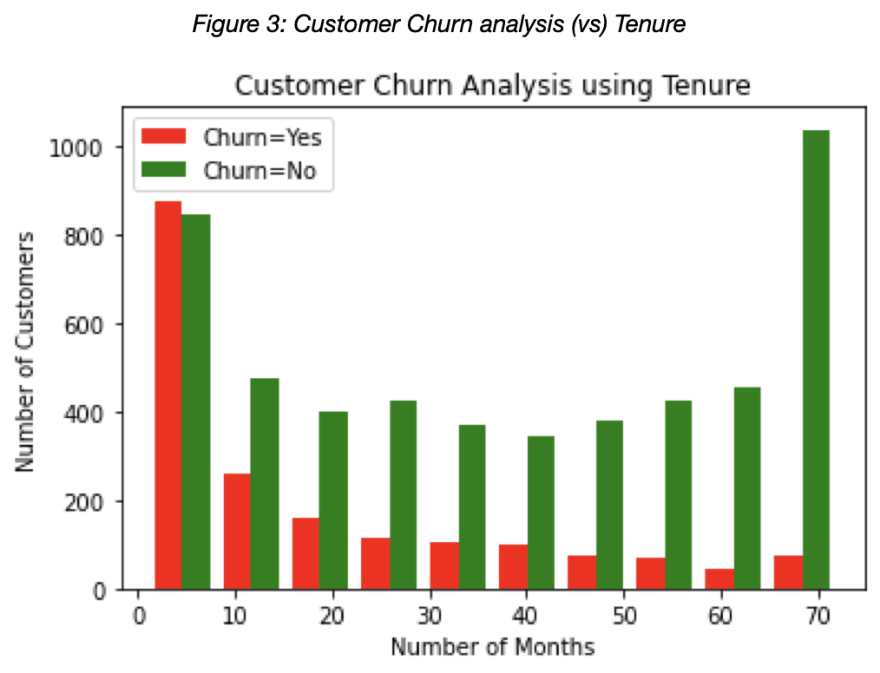 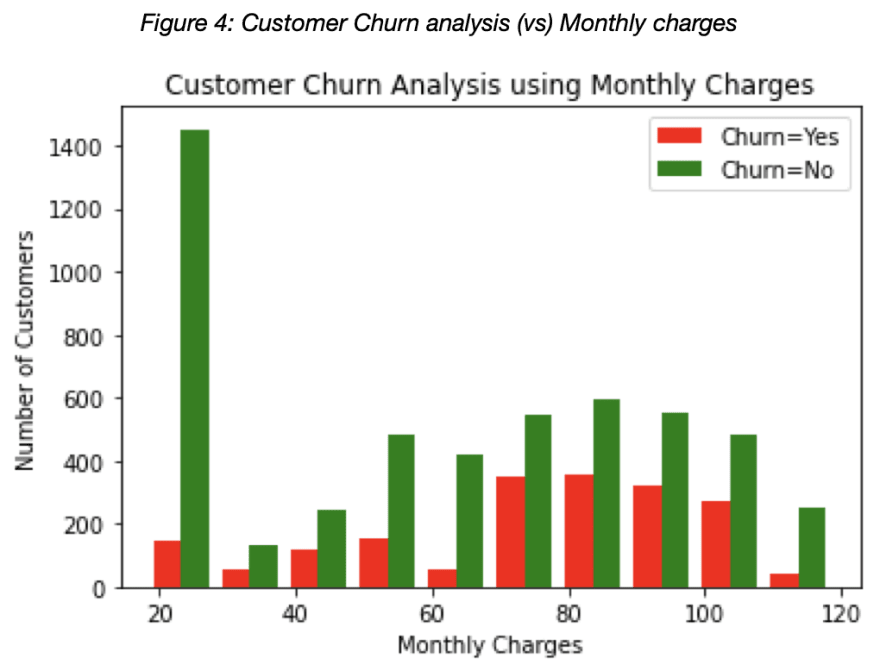 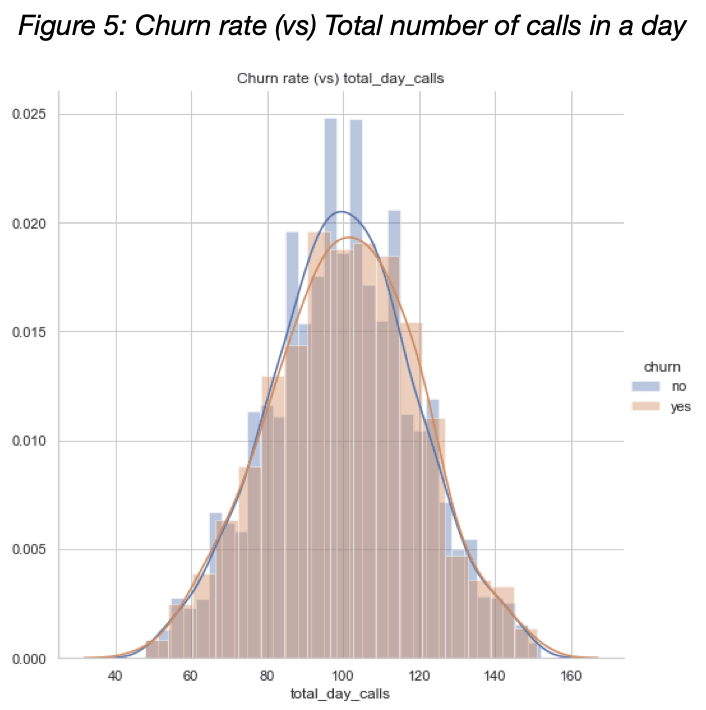 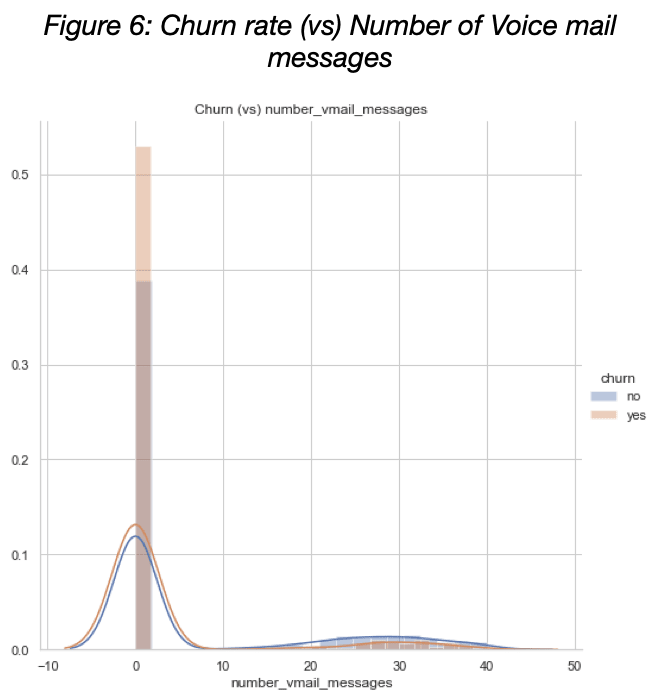 In this Article, two different approaches have been proposed, Neural Networks based and Machine Learning based to predict the Customer Churn from a company. Many authors have proposed different algorithms that are available in Artificial Intelligence to predict the churn of a customer and found that AI technology has outperformed most of the Datasets. Also, for large datasets, Big Data technology can be implemented to store, process and retrieve the data. So, in this Article, I have chosen to build Random forest classifier and Dense Neural Networks to predict the churn of a customer.

Machine Learning classification algorithms like Random Forest classifier, KNN classifier didn’t perform as expected on the first dataset i.e Telco Customer Churn, even after performing Hyperparameter tuning and Principal component analysis to capture the variability of all the features. The reason behind this not performing as expected is due to the lack of correlation between the input features and the output feature. I have implemented the Pearson correlation coefficient on the Telco customer churn dataset to find the important features that have more impact on the output feature but not even a single feature showed a high correlation value with the output parameter “Churn”. So, I tried implementing dense Neural Network to capture the input data and the results are as follows:-

The AI algorithms have performed well on the second dataset i.e Customer Churn Prediction 2020 with more than 90% accuracy score using Machine learning algorithms. Also, I have tried implementing Artificial Neural networks on the dataset to predict the churn of a customer with a different number of epochs and weight initialisation techniques. The Accuracy scores are as follows:-

Thereby, from the above table, it is clear that implementing a Neural network using different weight initialisation techniques is better than initialising the weights randomly. Therefore, the final results i.e ROC curve and Accuracy scores are mentioned in Table 3 and Figure 7. Also, I have implemented dill library to save the current python session so, that I can continue my work from where I have left. 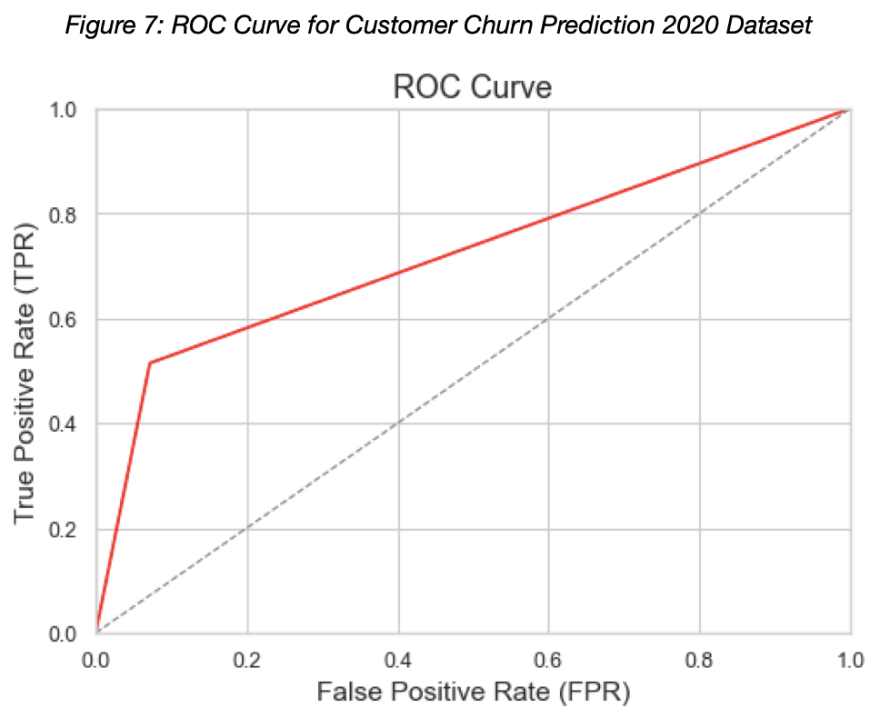 In this Article, Artificial Intelligence was implemented to predict the Churn of a customer from a telecom company and in this study, two different datasets are analysed to extract important features using Feature Engineering and Data Analysis techniques. Overall, Deep Learning performed well to predict the churn of a customer whereas Machine Learning performed better to some extent however so many factors come into the picture when it comes to predicting the goodness of different algorithms. In future, different AI algorithms can be implemented to further decrease the error value.

CSS Selectors: Introduction to :has()

How to use Retool to build an internal tooling platform

Once suspended, ruthvikraja_mv will not be able to comment or publish posts until their suspension is removed.

Once unsuspended, ruthvikraja_mv will be able to comment and publish posts again.

Once unpublished, all posts by ruthvikraja_mv will become hidden and only accessible to themselves.

If ruthvikraja_mv is not suspended, they can still re-publish their posts from their dashboard.

Once unpublished, this post will become invisible to the public and only accessible to Ruthvik Raja M.V.

Thanks for keeping DEV Community 👩‍💻👨‍💻 safe. Here is what you can do to flag ruthvikraja_mv:

Unflagging ruthvikraja_mv will restore default visibility to their posts.