The Project I chose

For 0.4, I plan to create the UI for my-photohub. I am choosing this project because I thought the concept of it was interesting. Also, I wanted to work on a React project, I had previously worked on a personal project using React and wanted to put that practice to use on a real project. Another reason I chose this project was because did not want to spend too much time looking for an external project to work on that was viable.

I first looked at the UI at already existed for the project. Then, I created a mock-up for the changes that I was proposing. 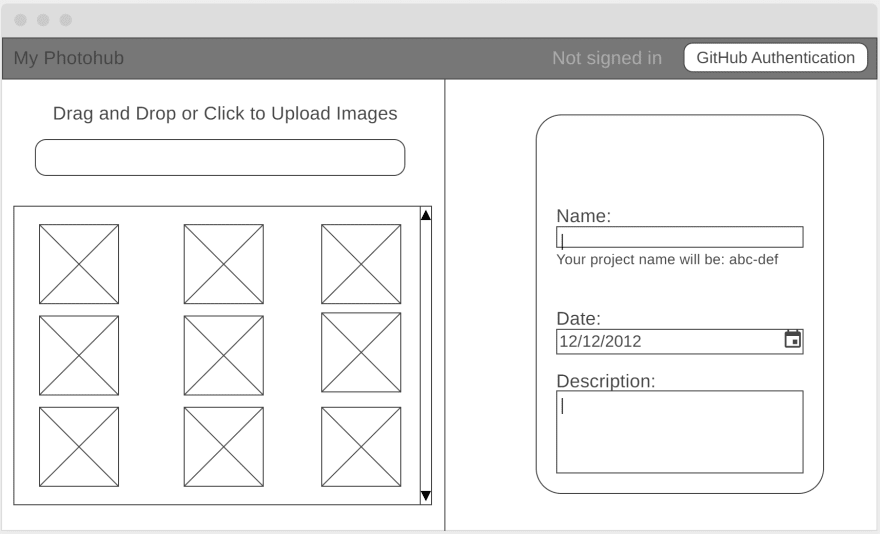 First I will create a UI allowing for submission of project details. There is already an existing issue for this. Then, I will add the functionality for the form. Currently, it is being contributed to by others who are adding the different components for the project. Hopefully, the project will be closer to being function through my contributions.

I plan to create the basic UI for the project, and have the form perform its functionality. I do not want to aim so high that I will not be able to achieve my goal by its deadline, but I also want to contribute something substantial to the project. Hence, I will aim to contribute as much to the project regarding the UI as possible.

Once suspended, rudychung will not be able to comment or publish posts until their suspension is removed.

Once unsuspended, rudychung will be able to comment and publish posts again.

Once unpublished, all posts by rudychung will become hidden and only accessible to themselves.

If rudychung is not suspended, they can still re-publish their posts from their dashboard.

Once unpublished, this post will become invisible to the public and only accessible to Rudy Chung.

Thanks for keeping DEV Community 👩‍💻👨‍💻 safe. Here is what you can do to flag rudychung:

Unflagging rudychung will restore default visibility to their posts.