Hi, I’m Jess! I recently finished my own personal version of the 100 Days of Code challenge. I’ve been coding on and off for years now, but have had some hiccups along the way due to health reasons. However, this year I’ve made so much progress, in large part to the challenge. Initially I was going to tweet my experience but I figured it’d be better suited for a blog post, so here it is. My first blog post. :)

In January of this year I decided to get back into the Pico-8 fantasy console and make a game that wasn’t so much a fun, playable game, but a way to learn some game development techniques. I posted some progress gifs to Twitter, expecting no one to see them, but many in the Pico-8 community ‘liked’ and ‘retweeted’ a few of my posts. It was such a good feeling to have other developers like what I was creating.

After a week or so of obsessively messing around with this game I thought I might as well look into the 100 Days of Code challenge. The official challenge rules require you to publicly commit to the challenge and to tweet your progress daily, which I decided not to do. I know there are benefits to making a public commitment, such as community, and that it works to help keep some people on track, but for me it felt like added pressure. I have a lot of anxiety and I wasn’t comfortable putting myself out there yet, despite the positive comments I received about my game from the Pico-8 enthusiasts.

I pushed my progress to Github each day and seeing those little green boxes became my motivation. I worked on the game for a bit longer but then moved on to spending my days learning React via Udemy courses and algorithm practice on freeCodeCamp because, well, I need to land my first developer job.

Some days I coded 5 hours, 8 hours, sometimes 12+ hours a day. There were also days (mostly on weekends) where I had to force myself and coded for just the minimum hour. Those days were the hardest to stay focused and I don’t feel like they were worth it, but I didn’t want to miss any days so I pushed through. On about my 52nd consecutive coding day I forgot to push something to Github. I was so bummed out to have that grey box staring back at me. It bothered me for days, but then I told myself I don’t need the boxes anymore. Some of those pushes I made weren’t even code; they were private notes detailing what I did or learned that day. I still coded, but those pushes were ultimately just clutter. From that point on my contribution activity got a lot less verdant and I was okay with it.

In March, a mutual follow and positivity inspiration on Twitter made a post about starting a Discord community. I was tired of letting anxiety rule me and told myself I need to start putting myself out there so I responded and we quickly became friends. Not only that, but I met a bunch of other amazing developers. It might seem silly, but if it wasn’t for immersing myself so deeply in coding, working daily to becoming a professional developer, and building confidence in my coding abilities, I’m not sure I would have forced myself to engage other developers.

By Day 100 I was feeling kind of burnt out. I intended to take the next day(s) off and catch up on some relaxation and video games, but I ended up not actually taking a break until day 105 so that’s where my challenge journey ends.

I’m glad I did the challenge because obviously more coding practice means becoming a better developer, I found a great community of other developers, and I started developing coding confidence. I learned a lot and made a few pretty cool things.

Would I do the challenge again? Not this way, no. I neglected all my other hobbies in favor of spending all my free time coding and I don’t think that’s healthy. I’ll definitely continue to code on weekdays, but if something comes up and I can’t fit it in I won’t sweat it. On weekends if I am in the mood to code I will, but I will mainly be using that time to focus on other hobbies.

My favorite project that I created during the challenge: Insult Swordfighting (for the Monkey Island fans) 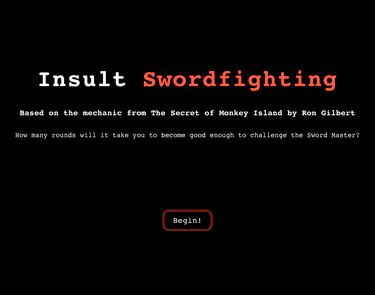 The Pico-8 game I was working on (note: It’s unfinished and will crash after a few rooms): Dungeon Dino: Gem Hunter 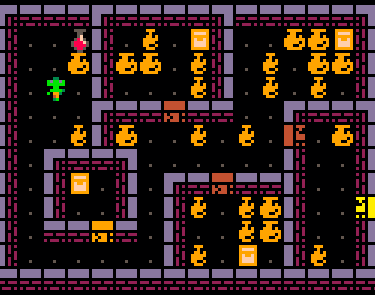 2021: My Year of Coding Productivity