This article originally appeared on Symfony Station, your source for cutting-edge Symfony and PHP news.

Welcome to this week's Symfony Station Communiqué. It's your weekly review of the essential news in the Symfony and PHP development communities.

PHP news was slow this week, so we added coverage to our Other section, including the tech aspects of the war crimes in Ukraine.

Take your time and enjoy the items most valuable to you.

Thanks to Javier Eguiluz and Symfony for sharing our last communiqué in their Week of Symfony.

Please note that links will open in a new browser window. My opinions will be in bold.

As always, we will start with the official news from Symfony.

Highlight -> “This week, the first beta of Symfony 6.1 was released in preparation for its final release in 6 weeks. Meanwhile, we published some blog posts about new Symfony 6.1 features, such as improved ExpressionLanguage syntax and the Locale Switcher. Lastly, the SymfonyWorld Online conference (June 16-17, 2022) announced its first speakers.”

They also announced the following:

Last days of Call for Papers for SymfonyCon Disneyland Paris 2022

Platform.sh announced that “Each of your applications can define custom operations, aka Source Operations, which can be triggered manually or via an automation process (for example, a cron).

When those custom operations run, they can change your codebase (for example, apply a security patch, update a dependency or install a specific extension), and push those changes live.” 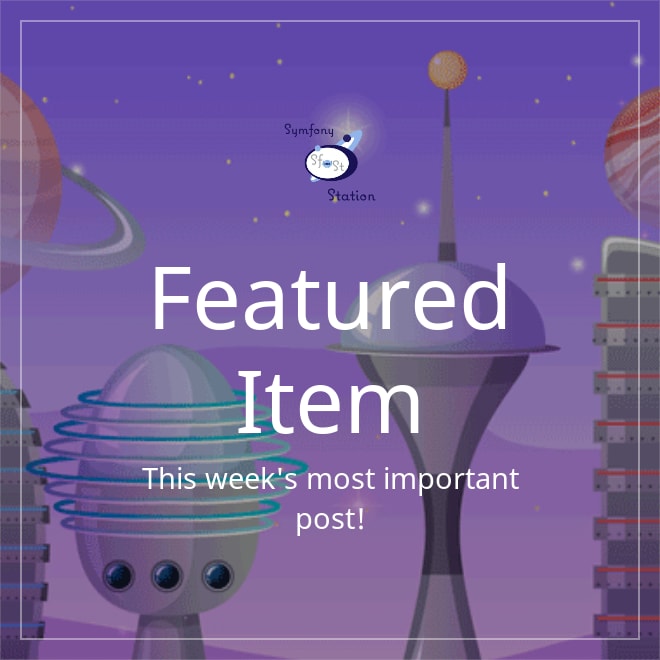 Be sure to take it or watch the individual chapters relevant to you.

Wouter de Jong writes, “Symfony has a very rigid release schedule since Symfony 3.0. Predictable releases are often mentioned as a major advantage. Did you know that this schedule also includes a 2-month “stabilization phase”? This phase gives time to all libraries and bundles to catch up. Testing pre-releases is one of the best and least time-consuming contributions you can make to Symfony. Let’s see how you can help Symfony by reserving 30 minutes during these two months!

Stabilizing Symfony: Testing out the pre-release

Coding 010 says, “Today I saw the Symfony 6.1.0-BETA1 released a blog post and quickly scanned for updates regarding Enum support. And yes, a new feature was listed: [HttpKernel] Add a controller argument resolver for backed enums. I quickly set up a testing project to play around with this.”

Marco Pfeiffer asks, “You have a working project, and you need to add a full-text search. But most databases (SQL, Document) do not contain reasonable fuzzy searches, so you need to bring a specialized database (like Elasticsearch) into your project.

The Codest writes, “This article was created to show you the most useful and retrieving tips and tricks about Symfony Console Development.”

Krzysztof Lobermajer notes, “Legacy code is something I do not want to deal with. It is always not well written, hard to read, and very complicated.

The first thing we want to do when starting to work with a new legacy project is to rewrite everything from scratch.

A better approach is to rewrite step by step, one module at a time. Let legacy live with a new codebase, arm in arm. It can be achieved by using a strangler pattern. Unfortunately, such an approach is also not always possible.

Taming involves reducing refactoring activities and focusing more on introducing new features to make something improvements visible to the customers.

Code Bilby has many short posts on the topic of the Twig templating engine. Check them out.

We covered CakePHP in our article, Exploring the 7 PHP Frameworks using Symfony Components. In this article, Stephen Pearl compares it to CodeIgniter.

The Most Significant Differences Between CakePHP and CodeIgniter

Bounteous has a look at:

Redfin Solutions explains its role in:

The Easy Out of the Box Initiative for Drupal: even more user-friendliness!

See all the strategic initiatives.

Wim Leers covers the changes made in the CKEditor5 for Drupal 10 during Dev Days Ghent.

Alain Schlesser says, “Bento is a relatively new high-performance web components library that makes it easy to optimize your web properties for an excellent page experience. It was initially conceived to make the AMP project's performance insights and engineering expertise available to more people and with fewer strings attached. Bento components are self-contained and can be used in a gradual mix-and-match approach.

Bento components are packaged as React or Preact components for seamless integration into any framework using such a stack. However, they are also provided as standardized Web Components so that they can be used anywhere else where (P)React might not be available.”

This could include the Gutenberg Module in Drupal.

Simply Stef is starting a series of articles called PHP 101 Fundamentals. It includes this helpful one.

Kinsta has this extensive and insightful comparison article for us.

Node.js vs. PHP: A Head-to-Head Comparison

Jordi Bassaganas writes, “I’ll be sharing a series of posts that show how similar PHP and TypeScript are — they’re probably more similar than you’d initially think. I will explain helpful tips on how to do object-oriented programming (OOP) in both of them. More specifically, I’m transcribing a statically-typed, object-oriented PHP codebase into TypeScript from scratch.”

Why TypeScript and PHP Are Good Friends

Fig announced that “that starting in version 1.0.57, it now supports over a dozen new terminals and IDEs including PhpStorm.

On a related note, JetBrains shows us how to:

Please visit our Support Ukraine page to learn how you can help kick Russia out of Ukraine (eventually).

The Next Web covers:

PCMag notes that the:

Pentagon is Impressed by Starlink's Fast Signal-Jamming Workaround in Ukraine

MSN reports, “Cybersecurity experts representing 30 NATO members are fighting a digital war this week to defend a fictional island country in the northern Atlantic Ocean. Though “Berylia” is fake, experts involved hope the lessons learned from the staged attack will better prepare them for the possibility of a Russian attack as war ravages Ukraine.”

NATO Plays Cyberwar to Prep for a Real Russian Attack

The Evil Empire Strikes Back

Reuters have an exclusive:

Tech Monitor reports, “Critical national infrastructure is at “increased risk of malicious cyber activity” perpetrated by Russia, according to a warning by the UK and its allies in the ‘Five Eyes’ security alliance. A rare joint advisory from the Five Eyes nations states that the war in Ukraine and the
sanctions imposed on Russia mean the threat to infrastructure has increased in recent days.

The Guardian has this depressing story.

Explore our article on Symfony Security

Ransomware targeting virtualization platforms is on the rise, Mandiant says

Tech.co reports, “Ransomware-as-a-service (RaaS) group BlackCat, has already compromised 60 entities worldwide, according to a FLASH warning issued by the Federal Bureau of Investigation (FBI) this week.

The report confirms that the recently established BlackCat group are typically requesting ransom payments of several million dollars, and are carrying out their attacks using Rust, a highly advanced coding language.”

Make Use Of shows us:

How to Use Flex to Align HTML Elements

Obama’s plans to fight disinformation are better than most

An Introduction to JSON

The steady march of general-purpose databases

Muhammed Hilmi Koca writes, “In this short series of 2 or 3 articles, I will try to talk about the most useful, interesting, and fun “sentinel” feature of Redis.”

Modeling Relationships in a DDD Way

Tomasz Dobrowolski has a good What and Why look at TDD.

Test-Driven Development: What Is It And Why You Should Be Using It as a Developer to Reduce Your Bugs

That's it for this week. Thanks for making it to the end of another edition. I look forward to sharing next week's Symfony and PHP news with you on Friday.

Do you own or work for an organization that would be interested in our promotion opportunities? If so, please get in touch with us. We’re in our infancy, so it’s extra economical. ;)

More importantly, if you are a Ukrainian company with coding-related products, we can offer free promotion on our Support Ukraine page. Or, if you know of one, get in touch. 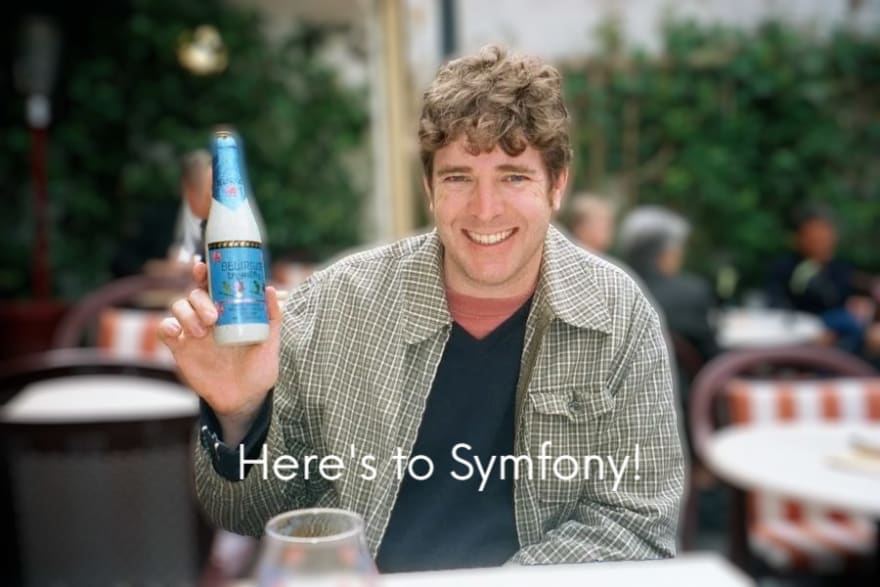