In the cloud-native era, applications have gradually transformed towards a more distributed, less coupled architecture. Monolithic architectures have evolved into microservices, and microservices are evolving into ever smaller services or functions.

Apart from all the benefits of distributed architecture — like separation of concerns — this approach can have drawbacks, one of which is the data itself.

Data becomes a real problem when you want to share it in a distributed system. For monolithic applications, it used to be the case that you’d have a single database as a cluster with replicated nodes, but things have changed.

Distributed applications like microservices need their dedicated databases or any other middlewares as a data store, such as a dedicated cache system like Redis or a search engine like Elasticsearch.

Because of the distributed architecture, you need to keep the same data in different databases or middleware systems, and you must keep this data consistent. In most cases, developers try to do so by doing dual writes. 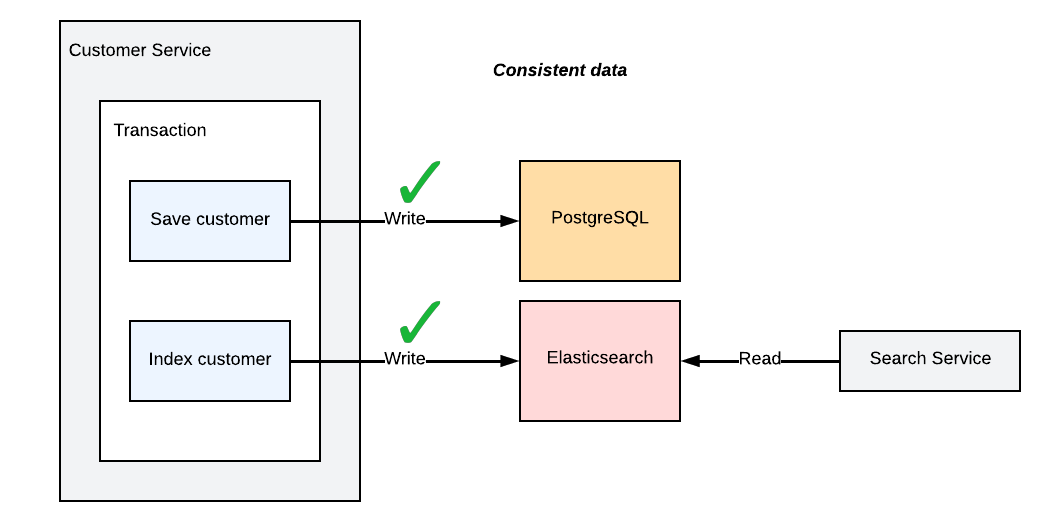 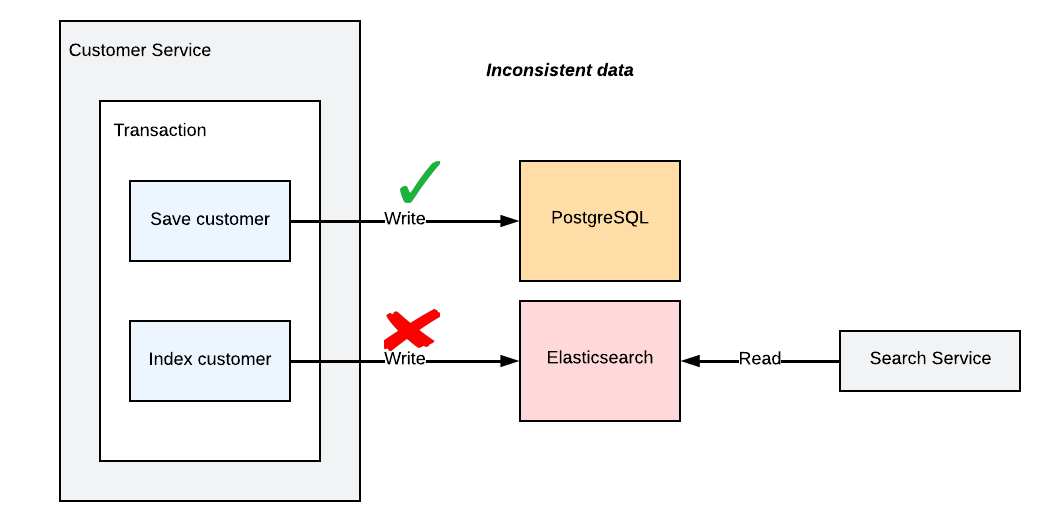 Redpanda provides a fast and fault-tolerant, safe by default system while being fully compatible with Kafka API. You can use CockroachDB CDC to capture changes and stream into Redpanda in order to implement any vital CDC use case more efficiently, such as reporting, avoiding dual writes, or most importantly, keeping the data consistency through the shards of CockroachDB: Because CockroachDB has a distributed architecture, keeping the transactional jobs consistent through its shards is crucial. CDC with Changefeeds provides emitting changes to sinks like Kafka or Redpanda as a solution for this.

The CDC mechanism of CockroachDB not only provides a data capturing mechanism but also an integration point to Redpanda, which can stream the captured change events to other data points like data warehouses, OLAP databases, or search engines.

In this article, you will learn how to stream CDC from CockroachDB to Redpanda by completing a tutorial involving the following steps:

To complete this tutorial, you’ll need the following:

Use case: Change data capture with CockroachDB and Redpanda

Suppose that you are a contractor who is about to sign a five-year contract with a potential customer, the PandaBank. Before closing the deal, they would like you to accomplish a small task of theirs as an assignment to see if you are suitable for the work.

For their assignment, you don’t need to implement the Elasticsearch part, just the CDC part. You are responsible for creating a CockroachDB instance and a Redpanda instance on your local machine. Because PandaBank runs Redpanda on Docker, you’ll need to do so as well.

The following image shows the architectural diagram of the system they require you to implement:

In this tutorial, you will run Redpanda in a container via Docker.

Note: For more information on installing Redpanda on other platforms, refer to this documentation.

Make sure that you have installed Docker and started the Docker daemon in your macOS environment. Then, open a terminal window and run the following command to run Redpanda:

Redpanda will be accessible via localhost:9092 on your computer.

In order to install CockroachDB on your local macOS environment, run the following command:

Note: Make sure you’ve already installed the Homebrew package manager, as noted in the prerequisites.

After installing CockroachDB, run a single-node cluster that is in insecure mode:

Note: For information on starting a CockroachDB cluster in secure mode, you can refer to
this documentation.

In another terminal, run the following command to access the CockroachDB SQL client interface:

On the client interface, run the following commands to enable enterprise usage since CDC is an Enterprise Changefeed. Refer to the prerequisites section if you have not signed up for a trial license yet.

Creating and configuring the CockroachDB table

On the terminal window where the SQL query client is open, run the following command to create a database called bank in CockroachDB:

Select the bank database to be used for the rest of the actions in the query window:

Create a Changefeed for the table accounts. Set the Redpanda broker address for the Changefeed to configure it to send the captured change data:

Note: For more information on creating a Changefeed on CockroachDB, refer to
their documentation.

Leave the terminal window open for later use.

In another terminal window, run the following command to create a Redpanda topic called accounts:

In the same terminal window, run the following command to start consuming from the accounts topic:

Leave the terminal window open to view the consumed messages in the following steps.

In order to confirm that the CDC mechanism works, you must create, update, and delete some data in the accounts table. You’ll also observe and examine the captured events in the Redpanda accounts topic.

In the SQL client terminal window, run the following command to insert some data into the accounts table:

This creates the following accounts in the CockroachDB accounts table:

After inserting the data, verify that the Redpanda CLI consumer prints out the consumed data:

Notice that you have all the data from the accounts table as separate event logs in your Redpanda instance’s accounts topic.

The application development team of PandaBank shared a small containerized application with you that runs some transactions on these bank accounts. This application connects to CockroachDB over localhost:26257, so be sure that CockroachDB is accessible in your local environment.

Use the following command to run the transaction between accounts:

The output of this command should look like this:

When you run the SELECT * FROM accounts; command in the CockroachDB SQL client, you will see the following results:

Verify that the new changes captured by CockroachDB CDC are reflected to your Redpanda consumer. In the consumer’s terminal window, you should see the following result:

Notice the balance changes that represent the transaction history in the consumer output.

As the last step, delete the bank accounts and see how CDC captures them. Run the following SQL query in the query console of CockroachDB:

The Redpanda consumer should have the following captured events:

Notice that the value field becomes null when the change event is a delete. CockroachDB CDC successfully captures data change events and sends them to Redpanda for further consumption.

Congratulations! You’ve successfully captured the bank account transaction changes and made them consumable as events from Redpanda.

In this tutorial, you’ve learned how to run Redpanda in a container using Docker and how to create a topic and consume messages from it. You also learned to install CockroachDB, create a table using its SQL query interface, and configure it for using CDC.

You can now use CockroachDB to capture changes and stream them to Redpanda to implement CDC use cases such as reporting, caching, full-text indexing, avoiding dual writes, and much more.

Find all the resources for this tutorial in this repository, or join the Redpanda Community on Slack to ask specific questions. View Redpanda’s documentation here.