Photo by SpaceX on Unsplash

This release is by far one of our biggest releases to date, so I won't spend any time on the introduction. Let's just talk about the shiny new things!

Before this release tasks could be in two states: Open or closed. This was very limiting as there was no way to tell when the tasks were in progress. Reconmap 0.8.5 introduces a tri-state on tasks that represent when a task is pending (Todo), in progress (Doing) and finished (Done).

Previous versions of Reconmap would present the user with a hardcoded list of security commands to execute. This new version allows the security professional to add any command into the platform, to be used independently or as part of a project task.

Commands can accept arbitrary arguments and the Reconmap Web client would dynamically create a form where the argument values can be changed at will. 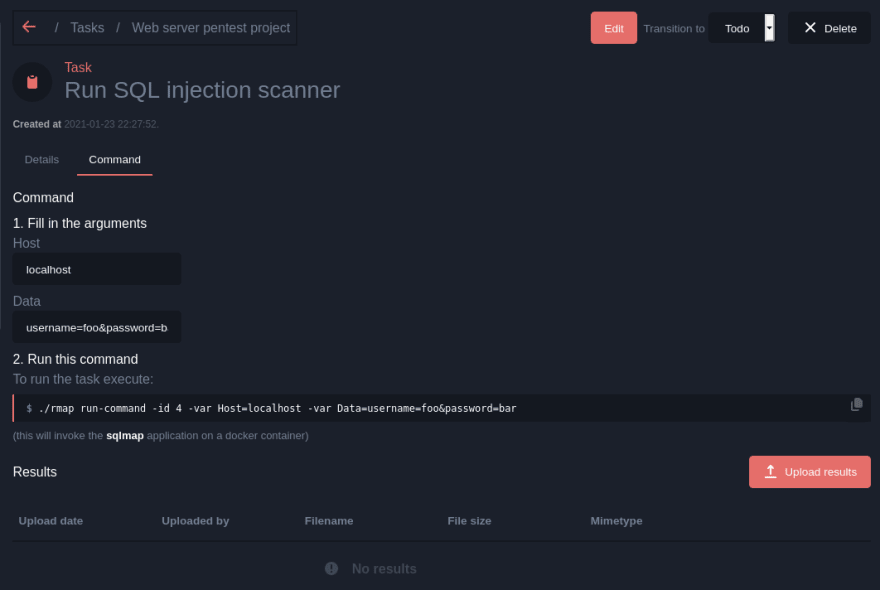 Another little addition is to the user profiles that can now set full names and short bios. This seems unimportant but it matters if you want to include personal information about the team in the generated pentest report.

It is now possible to enter markdown in places such as task descriptions, command descriptions, project descriptions and so on. This is great in cases where you need to explain something in a very structured way making emphasis on different parts of your descriptions. 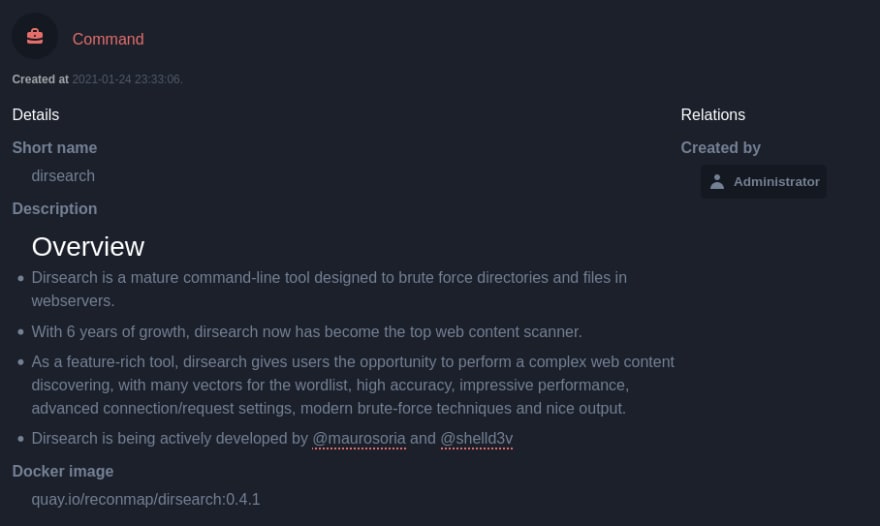 That's not all of course, we worked hard to include on the release lots of aesthetics and UX improvements, bugfixes, and optimisations.

In other news, we also decided to leave medium behind because we don't think is ethical to ask readers to pay to read what we are publishing. Our values are much closer to this community and that's why we decided to start posting here.

Do you want to know more about our #pentesting platform? Check out our Github org here or follow us on Twitter.

How I made a quick contribution to React as a noob !

If you are wanting to do more pentesting on less time then give Reconmap a go. Our tool helps with planning, automation and reporting so you can do what is most fun, to hack.

Setup your account
So, how many of you respect CSS as a programming language?
#webdev #css #discuss
Top Google Chrome Extensions For Devs 🔥🚀
#showdev #productivity #career #javascript
What was your win this week?
#discuss #weeklyretro