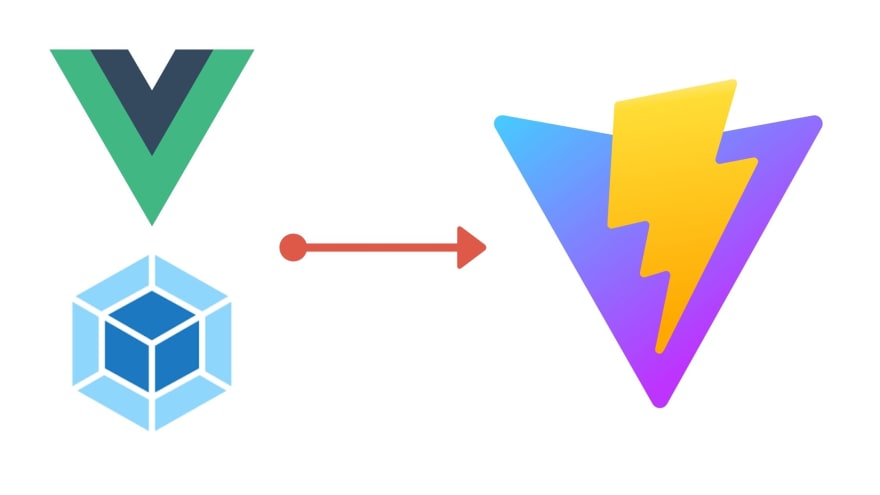 The post Migrating From Vue-CLI & Webpack to Vitejs first appeared on Qvault.

Qvault’s web app that hosts all of my coding courses is a single-page application written in Vue 2, with plans to migrate to Vue 3 soon™©®. In the meantime, I happened across a cool new tooling app called Vite that promised a few things that caught my attention.

This particularly resonated with me because my (fairly) simple app’s development server took over 10 seconds to start up with the Vue-cli and Webpack, and I’ve spent many hours in the past trying to configure Webpack and Babel, when I just needed basic Vue configurations. Let’s look at some quick anecdotal comparisons before I dive into the migration guide, so you can see if the benefits of switching are worth it for you.

Additionally, in order to get the 18 modules shown above using the Vue cli and webpack, I had to add comment annotations to my routes.js file. Out of the box the Vue-cli makes one giant bundle, which is much worse for page performance reasons. Vite splits the bundle along module lines out-of-the-box without the need for those annoying annotations.

Let’s go through the major steps of actually moving a project in Vue 2 from the Vue CLI to Vite.

All @vue-cli... dependencies need to go. For me that meant removing the following.

These were replaced with Vite and its plugin for Vue.

Next, Vite supports sass out of the box, so I could remove my old dependencies.

And I replaced them with the bare-bones sass compiler, because Vite requires it to be available.

Finally, because Vite only supports modern browsers (sorry if you have to support legacy stuff, Vite might not be for you) I removed babel dependencies and my babel.config.js file.

Vite doesn’t store index.html in the public folder like you’re used to, instead it goes right in the root of your project, so move it there. Vite also needs an additional entry point.

You’ll also need to move your static asset references to use a simple / rather than <%= BASE_URL %>.

Here is the vite.config.js I settled on, it goes in the root of the project.

The resolve block lets me import components using @ as the root of the src directory. For example, import Tooltip from '@/components/Tooltip.vue';.

The build block does a couple of things, first, it increases the chunk size warning limit from the default of 500kb to 600kb. I did that just because I have a really heavy code editor component and I don’t want to see the warning every time.

Secondly, my site completely broke when I let Vite split my .css files the way it wanted to. This actually makes me sad because I’d rather have my users only load the CSS they need as they need them. If anyone has had a similar problem please let me know how you solved it.

If previously you used comment annotations in Webpack to break up your bundle, you don’t need to do that anymore! Just remove them.

I use the following three scripts.

Vite is strict when it comes to Node.js code being slipped into your front-end bundle. I ran into an issue where a dependency I had required global to be defined. Obviously, the best thing is to not require dependencies like that, but in my case I needed it so I added a little shim in index.html.

My next migration will likely be to Vue 3, hopefully sometime this year. I’ve really just been holding out for a bit more stability, and for a few of my dependencies to support the new major version.