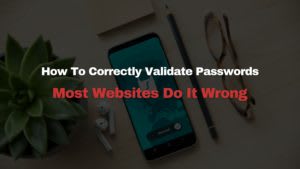 The post How To Correctly Validate Passwords – Most Websites Do It Wrong first appeared on Qvault.

You’ve probably visited a site and attempted to sign-up only to be met with errors such as:

I just released a package in Go that solves this problem. Check it out and give it a star here: go-password-validator. If you want to understand how it works, and how to properly validate user passwords, read on.

Not only are the rules above quite annoying, but they can also be a security flaw in the system. Take for example a strong passphrase: super worm eaten human trike. That passphrase has plenty of entropy (randomness) but it wouldn’t pass the first two validation steps given above. XKCD puts this best: 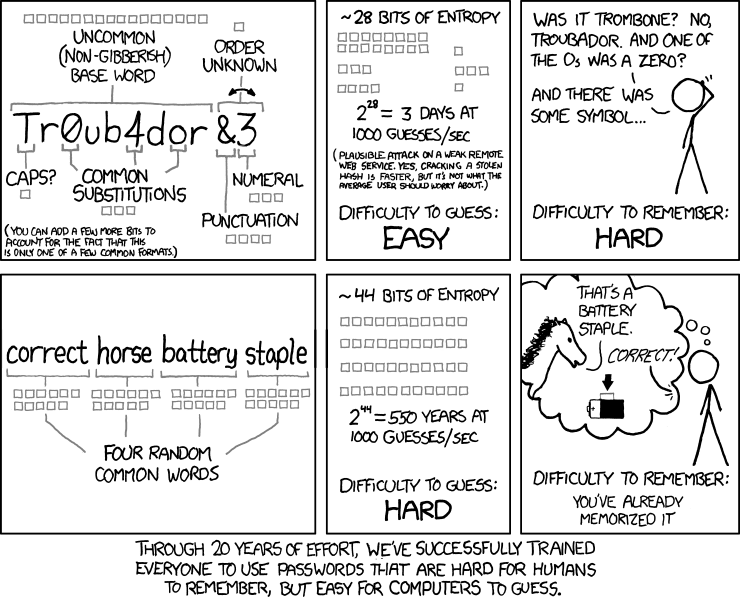 We don’t care if a password only has lowercase letters if it’s long. All that matters is the entropy. Entropy in this context refers to the number of brute-force guesses it would take to guess a password, and we measure it in bits (the exponent in 2^n). Refer to the following chart to see how various entropy levels contribute to the time it takes to brute force a password. 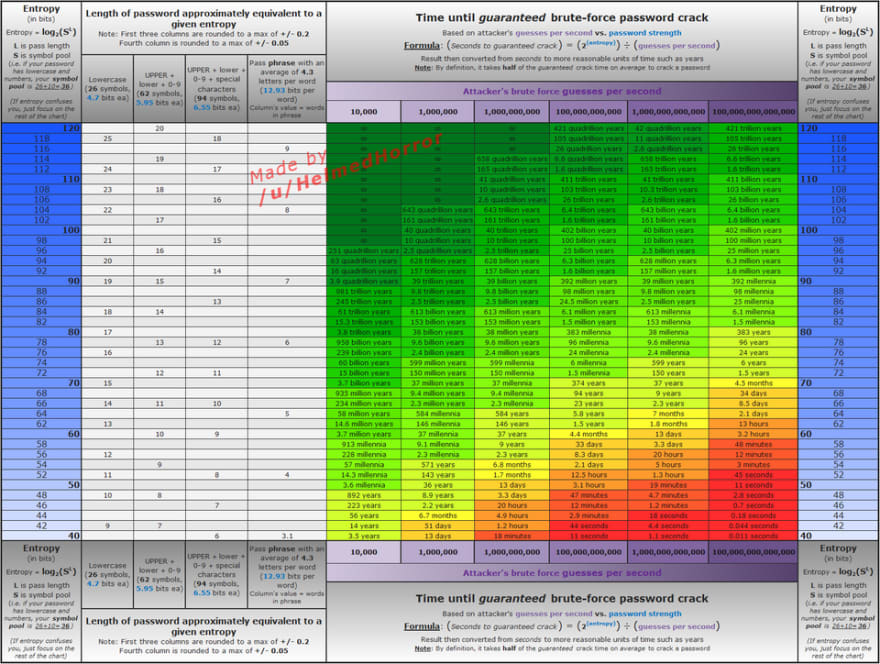 The way go-password-validator works is my favorite (obviously, I wrote it), but there is certainly room for improvement. Let’s take a look at the process. From its Readme:

First, we determine the “base” number. The base is a sum of the different “character sets” found in the password.

The current character sets include:

Every unique character that doesn’t match one of those sets will add 1 to the base.

After we have calculated a base, the total number of brute-force-guesses is found using the following formulae: base^length

Once we know the number of guesses it would take, we can calculate the actual entropy in bits using log2(guesses)