To this miniseries! In today's post, I will be showing you how to actually execute the script! So, let's get started! BTW, if you don't know what I am talking about then go read Part 1 first to understand!

What are we making today?

Well, I thought you would ask. Today, just like I said we will be actually executing the code from the file! Excited? 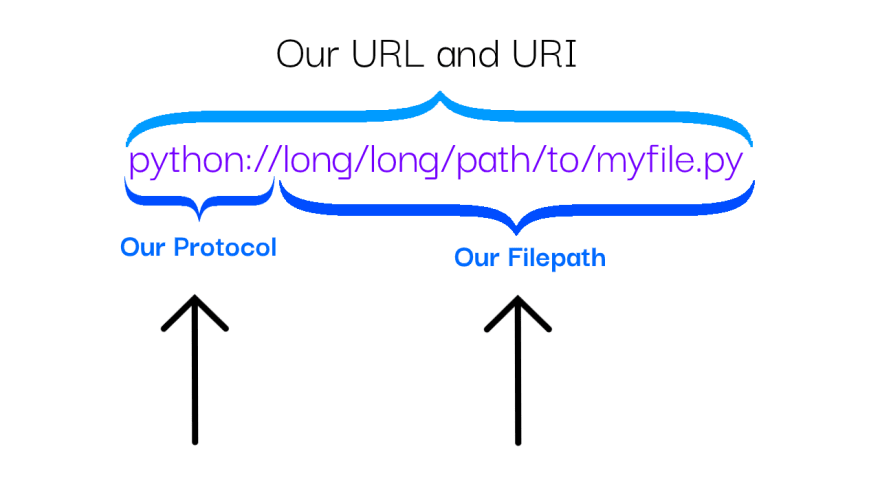 Basically, we will be changing or modifying the Handler's python_open function!

So, we are going to change the Handler's python_open function such that, it executes the script passed as an argument!

this, and don't forget to add import sys at the top!

Now, our handler will read the URL passed as an argument instead of a hardcoded input! YAY!

Next, we need to edit the Handler -
The previous code looked like this -

So, what did we change here? We created a new variable named parsed_cmd, which is a string containing a command that is executed by subprocess in the next line. And the result of the execution is printed automatically.

And, we are done with today's code!

Now we need to test our code!

We need to open our terminal(cmd or bash or whatever), locate to the directory where our code is located, run the file! So, let's do it! But remember to add a file path after the command! (depending upon your system.)

This was a short article since we just modified few parts of the code! But don't think it's over yet! Part 3 is coming soon! Hope to see you there! Also, I have changed the name of the file from protoHandler.py to pyProto.py. Also, there's a bonus for you, I have made a repository on my GitHub which contains code from all of my dev.to Posts, including this one! Here is the link - pybash1/devtoCode

PyBash
I've been learning to code for around 5 years now. I started with HTML like everybody but eventually landed on Python and I have loved it ever since, I specialize in backend development.
I Made a Discord Server!
#discord #social #community #python
Cool Python Project Ideas which are Really UNIQUE(But can be made in Other Languages)
#python #projects #learning #webdev
Making a Custom Protocol Handler and URI Scheme! - Part 3
#python #web #url #uri

Once suspended, pybash will not be able to comment or publish posts until their suspension is removed.

Once unsuspended, pybash will be able to comment and publish posts again.

Once unpublished, all posts by pybash will become hidden and only accessible to themselves.

If pybash is not suspended, they can still re-publish their posts from their dashboard.

Once unpublished, this post will become invisible to the public and only accessible to PyBash.

Thanks for keeping DEV Community 👩‍💻👨‍💻 safe. Here is what you can do to flag pybash:

Unflagging pybash will restore default visibility to their posts.