Till now we have considered the individual box; but a box's layout is also affected by interactions with other elements. Figuring out how these interactions work is the crux of unraveling complex CSS layouts.

Ahead of any CSS changes, boxes are laid out in the normal flow. That is, elements are positioned on a page one after the other in the order they're written in the markup. Nested children boxes are packed within their HTML parent boxes. Block will take up the full width of the parent and height will be auto-adjusted to accommodate content ; inline will expand horizontally & continue on new lines based on content (each such line is a line box). In a normal flow, all the inner contents are interdependent and laid out so that nothing overlaps. 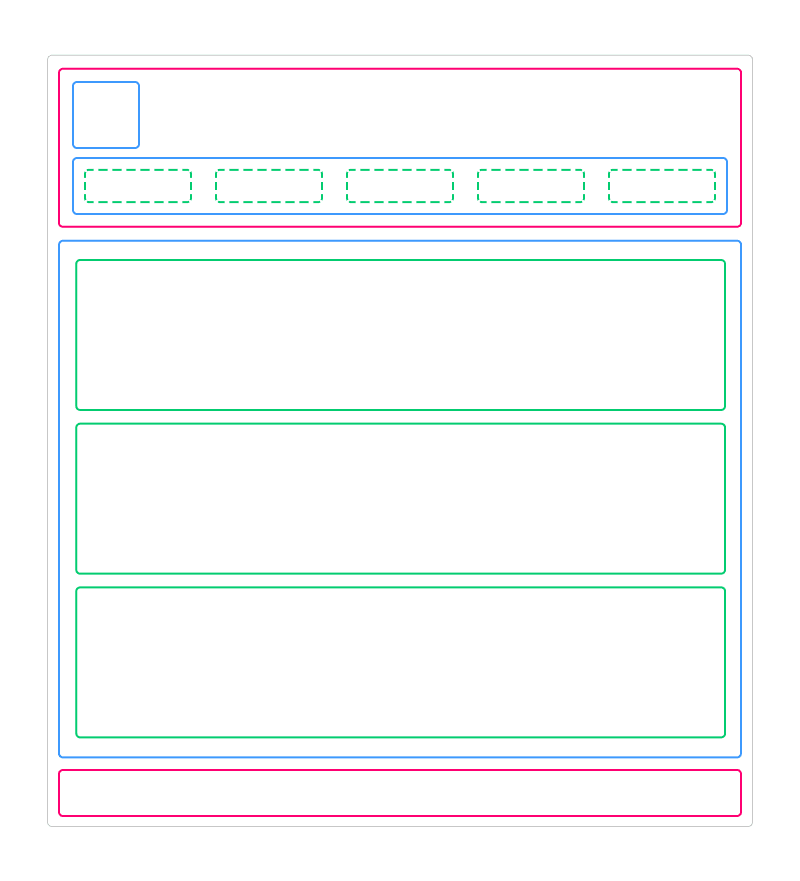 Elements, when taken out of flow, work independently of its siblings and ancestors.

Position & floats are two ways by which an element's default position can be over-ridden. However, absolute positioning and floats also remove the element from the normal flow.

CSS position property can be used to offset elements from their default x-,y- coordinates.

Float is another way used for positioning. For a floated element, the box is taken out of the normal flow of the document and shifted to the left or right, until it touches the edge of its containing box or another floated element.

That is, there is a fixed space created for the element which moves along with it (unlike in relatively positioned elements). The other elements ignore it in the sense that they try to 'flow around it' as they can - if the elements following the float are able to fit beside it, they will do so. In short, floats do not affect block-level boxes, but can affect the line boxes contained within block-level boxes in current and subsequent elements' boxes. Block elements remain in flow, acting as if the floated element is not even there.

Do you listen to music while coding?

Poulami Chakraborty
I am a Product/UX designer who dabbles with front-end web development and creative coding for side projects. I am using this space for documentation as I revisit core front-end concepts.
Back to JS Basics: Objects
#javascript #beginners #webdev
Back to JS Basics - Types & Coercion
#javascript #beginners #webdev
CSS Animated Card with a single 'details' element
#codepen #css