By developing reliable and robust applications and deploying them on all the mainstream app stores like Google's Playstore and Apple's App Store, a media hub or an entertainment agency can increase the reach of its content significantly. According to a reliable survey, more than 75% of the population worldwide has a smartphone in their pocket.

With affordable data plans worldwide, people are consuming data online at an unprecedented rate. This offers a golden opportunity to the media and entertainment sector and leverages it with the help of versatile mobile apps. mobile apps are easily accessible as compared to more conventional forms of entertainment devices like television. 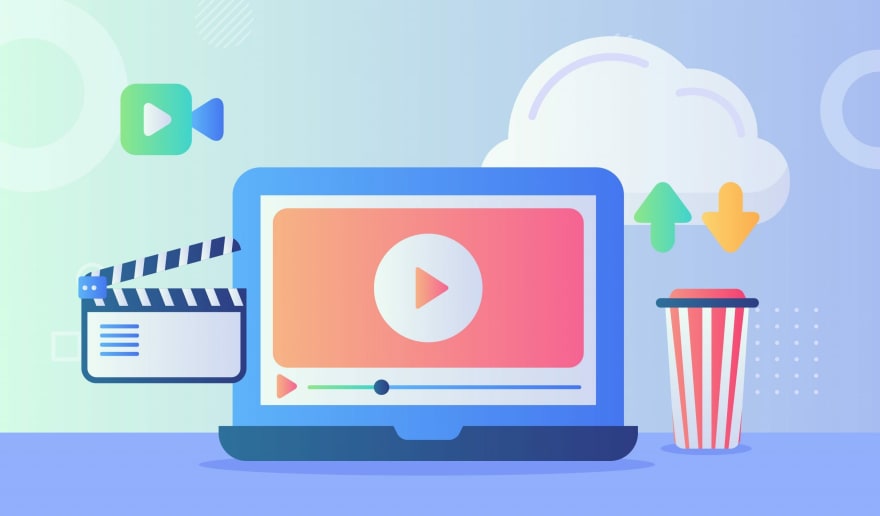 Any business trying to build a brand for itself must tap into the immense possibilities the mobile app market provides. With a smartphone in their pocket, even a child can recognize a brand that has its dedicated mobile app. As the number of downloads increases, so does the recognition of the brand and hence the brand value.

Long gone are the days when only the bigger organizations could afford to build a mobile app for their businesses. Nowadays even the smallest of businesses are investing in mobile app development. Newer media and entertainment agencies can compete with the bigger competitors with the help of a carefully developed mobile app.

Some of these don't even want to upgrade to television because of the substantially high investments needed. Hence we can easily say that mobile apps have completely revolutionised the broadcasting industry. A few years back, having a mobile app was considered a novelty but nowadays it has become a priority. Every recognizable media hub has a dedicated mobile app and an in-house team for its maintenance nowadays because it is still far cheaper than the conventional methods.

By developing an application capable of handling substantial amounts of data generated during its deployment phase, a media or an entertainment company can get deep insights into the behaviour of its audience. These insights are very crucial in understanding the market trends and hence one can strategize to leverage this info into their future plans.

Every industry has benefited from the ability to analyze data chunks produced with the help of a mobile app. So is the case with media and entertainment companies. On the basis of the search history of users, media hubs can suggest news stories according to their interests and even the entertainment agencies can suggest better and more personalized content. This also helps in creating better and more personalized push notifications for specific users.

The sole purpose behind the development of a mobile app is to increase the engagement of the users. Whenever a mobile app is created, there are several carefully chosen ways through which it is made more interesting for the users. This kind of control over user retention is not possible through conventional broadcasting platforms.

With the development of the mobile application industry, media and entertainment businesses have better control over fighting piracy. Following piracy-reducing practices and features in an application like, the inability to take screenshots, inability to record mobile screens, etc. can reduce piracy substantially. Also, by offering subscription plans at a justifiably low rate, the intent of users to indulge in piracy can be reduced further.

Nowadays, there is a mass shift in the mindset of users, to refrain from consuming pirated material and consuming first-hand content through mobile apps because the yearly or monthly subscription charges are substantially low. Long gone are the days of conventional piracy where anyone could buy a pirated DVD of an upcoming movie. Nowadays, content is distributed on sophisticated, secure, and easily accessible OTT platforms and their mobile apps.

As mobile technology has developed substantially over the years, so do the opportunities it offers to various industries. The media and entertainment industry is no exception. By developing an application that is capable of handling chunks of data and millions of users, any media and entertainment app development company, no matter how big or small, can grow its businesses to the next level.

Once suspended, pinesucceed will not be able to comment or publish posts until their suspension is removed.

Once unsuspended, pinesucceed will be able to comment and publish posts again.

Once unpublished, all posts by pinesucceed will become hidden and only accessible to themselves.

If pinesucceed is not suspended, they can still re-publish their posts from their dashboard.

Once unpublished, this post will become invisible to the public and only accessible to Pinesucceed Pvt Ltd.

Thanks for keeping DEV Community safe. Here is what you can do to flag pinesucceed:

Unflagging pinesucceed will restore default visibility to their posts.