INTRODUCTION:
Robotics is a branch of engineering and science that includes electronics engineering, mechanical engineering and computer science and so on. This branch deals with the design, construction, use to control robots, sensory feedback and information processing. 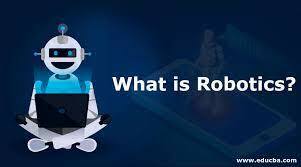 WHAT IS ROBOTICS?
Robotics is the intersection of science, engineering and technology that produces machines, called robots, that substitute for (or replicate) human actions. Pop culture has always been fascinated with robots. R2-D2. Optimus Prime. WALL-E. These over-exaggerated, humanoid concepts of robots usually seem like a caricature of the real thing...or are they more forward thinking than we realize? Robots are gaining intellectual and mechanical capabilities that don’t put the possibility of a R2-D2-like machine out of reach in the future.

What is a Robot?
A robot is a type of automated machine that can execute specific tasks with little or no human intervention and with speed and precision. Robots were originally built to handle monotonous tasks (like building cars on an assembly line), but have since expanded to perform tasks like fighting fires, cleaning homes and assisting with incredibly intricate surgeries. Each robot has a differing level of autonomy, ranging from human-controlled bots that carry out tasks that a human has full control over to fully-autonomous bots that perform tasks without any external influences. 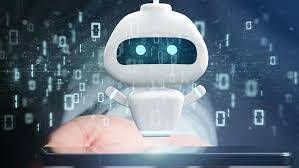 Swift Utilities for writing to and reading from the device log