Inspired by this tweet from the always awesome Fermat's Library. 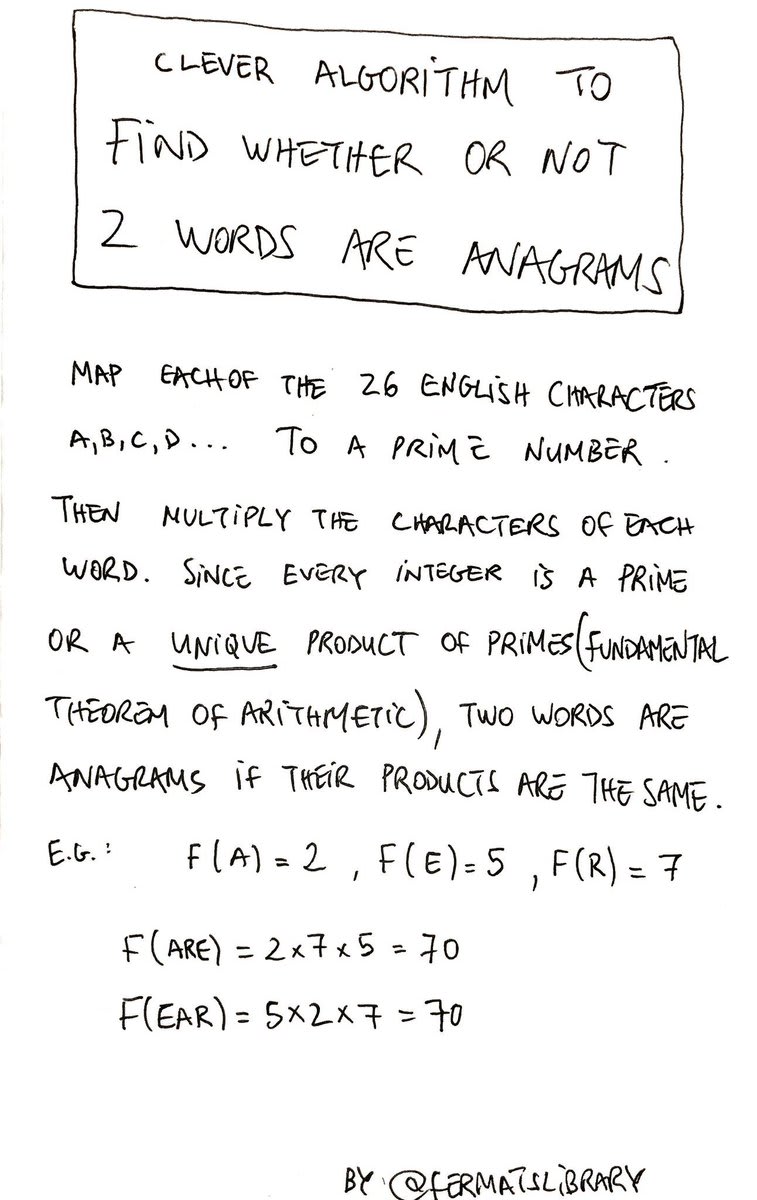 In the language of your choice, write a script that will determine if two strings are an anagram for each other. You can use the approach outlined in the tweet, or — for bonus points — come up with your own solution 🤓.

An anagram is word or phrase formed by rearranging the letters of a different word or phrase, typically using all the original letters exactly once.

For our challenge, we'll use the strict definition — each letter must be used exactly once.

Debugging - you’re doing it wrong. 10 techniques to find a bug in your code

Everything You Need to Know About Disney Codes Challenge