Have you ever wondered what Sheldon Cooper's LinkedIn profile would look like? Oh, stupid question. Of course you have! I will here now present eight well-known movie character's professional profiles.

We know him as the childish genius who repeatedly fails to decipher sarcasm. As one of the main characters in The Big Bang Theory, Sheldon Cooper shouldn't have to live without a LinkedIn profile. The question is, would he use LinkedIn when it lacks a bazinga reaction?

Loyal, brave and true. Mulan has done more for women and the Emperor than most people. Without any need for recognition or compensation she voluntarily fought against the Huns to protect her family. It is now time for her to step into the spotlights and enter LinkedIn.

If one would ask Bob if he wanted a LinkedIn profile, he would probably answer with a counter question: Can we fix it? And the answer is, yes we can! LinkedIn profiles normally don't have the profile image centered, but we can fix that too! We can build a LinkedIn where it is possible!

Does Batman have a LinkedIn profile? I don't know, I'm not on the list of people who knows his true identity. Batman's professional LinkedIn profile could have looked like above though. Just as with Builder Bob, it's no issue for Batman to have his profile picture right adjusted, he is wealthy enough to buy LinkedIn.

Judging by his LinkedIn banner, Aquaman is a bit less picky than Batman. Being the richest superhero of his time, he could beneficially have spent a bit more money on the banner design. Presumably, he has even skimped on the translation costs, because that website URL doesn't look very accurate.

It's no secret Homer Simpson appreciates donuts, and he's probably better of marketing himself for that on LinkedIn than to list all the jobs he has had. There are likely not a lot of recruiters searching for donut experts on LinkedIn, but with all his experience, recruiters would constantly stumble onto his profile and eventually he could become LinkedIn's own Rick Roll.

Can you play guitar with a bear claw? Or with a turkey leg? No? If you want to learn, you can go to Phoebe. But please remember, do not touch a guitar while learning the chords! Joey learned that lesson the embarrassing way, let's not question Phoebe's methods one more time.

If you liked this article, you are maybe interested to read similar articles. You can do that here on DEV or by checking out my website. I'm also active on Instagram where I post programmer memes and short fun content as this. Make sure to follow me if you find it interesting! 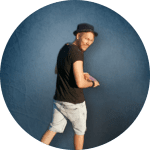 I'm a former teacher writing articles about software development and everything around it. My ambition is to provide people all around the world with free education and humorous reading.

Dennis Persson
I'm a former teacher writing articles about software development and everything around it. My ambition is to provide people all around the world with free education and humorous reading.
React Anti-Patterns and Best Practices - Do's and Don'ts
#react #javascript #webdev #programming
Persson's Pyramid Puzzle - Level 5
#gamedev #webdev #programming #regex
Complete Guide To Make You a Regex Guru
#webdev #productivity #regex #programming

Once suspended, perssondennis will not be able to comment or publish posts until their suspension is removed.

Once unsuspended, perssondennis will be able to comment and publish posts again.

Once unpublished, all posts by perssondennis will become hidden and only accessible to themselves.

If perssondennis is not suspended, they can still re-publish their posts from their dashboard.

Once unpublished, this post will become invisible to the public and only accessible to Dennis Persson.

Thanks for keeping DEV Community 👩‍💻👨‍💻 safe. Here is what you can do to flag perssondennis:

Unflagging perssondennis will restore default visibility to their posts.