Skating is an... interesting sport, to say the least. For three hours a day, I attach knives to my feet, go up and down in the air, and turn in circles inside a giant ice box. And because—this may come as a surprise—ice is slippery, I fall a lot. One would think that falling so much that I actually managed to sprain both ankles, at exact the same time, would deter me, but for some weird, inexpressible reason that probably has to do with hormones, I love the sport.

Another activity of mine which, in attempting to describe it, produces some very strange sentences: coding. Essentially, I've spent a large portion of my life punching buttons on a metal box, trying to get the tiny lights within to change colors the way I want them to. Sometimes I get the tiny lights to change into a pattern that is nice enough that other people punch buttons so that their pattern of tiny lights looks like my pattern of tiny lights (as in, they download my apps), and that makes me happy.

Many eons ago, i.e. sophomore year, I had the opportunity to combine the two disciplines. Those who follow skating will know that figure skaters use the same music for an entire season. We used to keep our music on CDs, but with the advent of smartphones, most people use their phones to play music. This introduced a very niche problem: since my starting position was never next to the music box, I always needed to ask people to press play for me. Usually this was not too much of an issue, as I mostly skated at a small rink nearby, where I knew everyone. On Fridays, however, I trained at Sharks Ice, and skaters there are really, really good-this is the home rink of Olympian Polina Edmunds and national champion Rudy Galindo. And so, due to the law of increasing skill, increasing scariness, I was terrified of the other skaters. Terrified. As a certified, card-carrying introvert, I would rather miss the beginning of my program than approach the other skaters, most of whom were half my age, and twice as good.

So rather than subject myself to the great perils of social interaction, I made an app. It's a music player, but with a few extra skating-specific features. First, and most crucially, I could delay my music (and finally stop missing the beginning of my program). Second, to make it easy to find a certain spot, I put in buttons to skip ten seconds forward and backward in the music. Finally, in case my coach sentenced me to the dreaded double run-through (where I run my program twice, with no break in between), I added the option to put it on endless repeat. I named my app Windup, which I must say was pretty cool, because while a windup is a skating move, it also worked since the app winds up music.

Turned out, a lot of other skaters had the same problem (probably not the scared-of-people part, but the having-to-ask-someone-every-time-to-press-play part). Especially if there wasn't anyone else on the ice to ask. And coaches liked it because they could keep all of their skaters' music in one spot, rather than having it scattered across many different apps.

Word about my app spread, and soon skaters from Sun Valley to Los Angeles were using it. I've walked into other rinks and seen people using my app—people I've never even met before—and everyone at my home rink uses it daily, including an Olympic bronze medalist (who will remain unnamed). So maybe I still don't have the guts to talk to Polina Edmunds, but at least I have one Olympian using my app, and that's good enough for me.

This story was adapted from one of my college essays for the Github Remote Graduation showcase. I’ll be attending Olin College of Engineering in the fall!

Link to Windup on the App Store 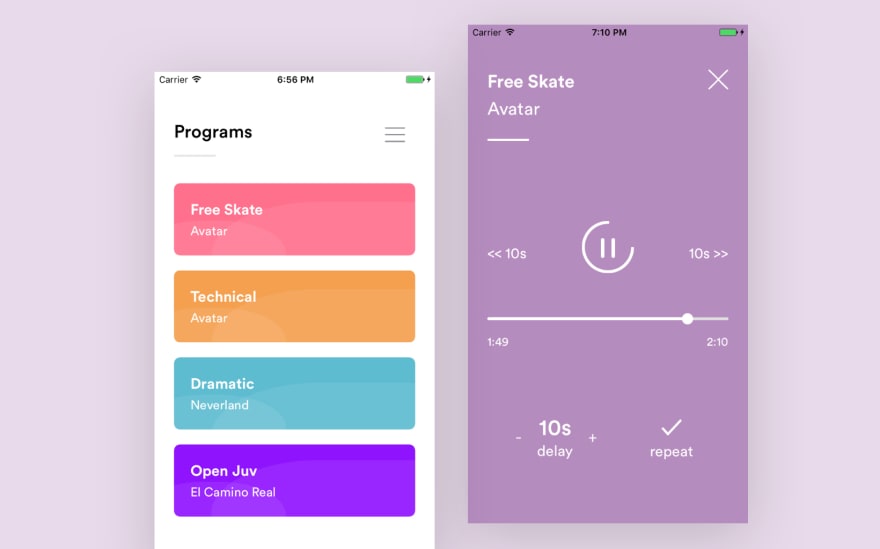 Built with React Native! More of my projects can be found at my website, oliviachang.me.

The 51% Attack and How To Tackle Them

Should we use databases as pure data storage without application logic?

Ryan Bergman loves terrible code... and other things I learned recording his DevJourney (#150)