And how we stopped our React Context re-rendering everything

Refs are a seldom-used feature in React. If you’ve read the official React guide, they’re introduced as an “escape hatch” out of the typical React data flow, with a warning to use them sparingly, and they’re primarily billed as the correct way to access a component’s underlying DOM element.

But alongside the concept of Hooks, the React team introduced the useRef Hook, which extends this functionality:

useRef() is useful for more than the ref attribute. It’s handy for keeping any mutable value around similar to how you’d use instance fields in classes.

While I overlooked this point when the new Hook APIs launched, it proved to be surprisingly useful.

👉 Click here to skip to the solution and code snippets

I’m a software engineer working on Firetable, an open-source React app that combines a spreadsheet UI with the full power of Firestore and Firebase. One of its key features is the side drawer, a form-like UI to edit a single row, that slides over the main table.

When the user clicks on a cell in the table, the side drawer can be opened to edit that cell’s corresponding row. In other words, what we render in the side drawer is dependent on the currently selected row — this should be stored in state.

The most logical place to put this state is within the side drawer component itself because when the user selects a different cell, it should only affect the side drawer. However:

React’s recommendation is to lift this state to the components’ closest common ancestor, in this case, TablePage. But we decided against moving the state here because:

Side note: even if we put the state in TablePage, we would have run into the same problem below anyway.

The problem was whenever the user selected a cell or opened the side drawer, the update to this global context would cause the entire app to re-render. This included the main table component, which could have dozens of cells displayed at a time, each with its own editor component. This would result in a render time of around 650 ms(!), long enough to see a visible delay in the side drawer’s open animation.

The reason behind this is a key feature of context — the very reason why it’s better to use in React as opposed to global JavaScript variables:

All consumers that are descendants of a Provider will re-render whenever the Provider’s value prop changes.

While this Hook into React’s state and lifecycle has served us well so far, it seems we had now shot ourselves in the foot.

We first explored a few different solutions (from Dan Abramov’s post on the issue) before settling on useRef:

While reading through the Hook APIs and useMemo a few more times, I finally came across that point about useRef:

useRef() is useful for more than the ref attribute. It’s handy for keeping any mutable value around similar to how you’d use instance fields in classes.

useRef doesn’t notify you when its content changes. Mutating the .current property doesn’t cause a re-render.

And that’s when it hit me:

We didn’t need to store the side drawer’s state — we only needed a reference to the function that sets that state. 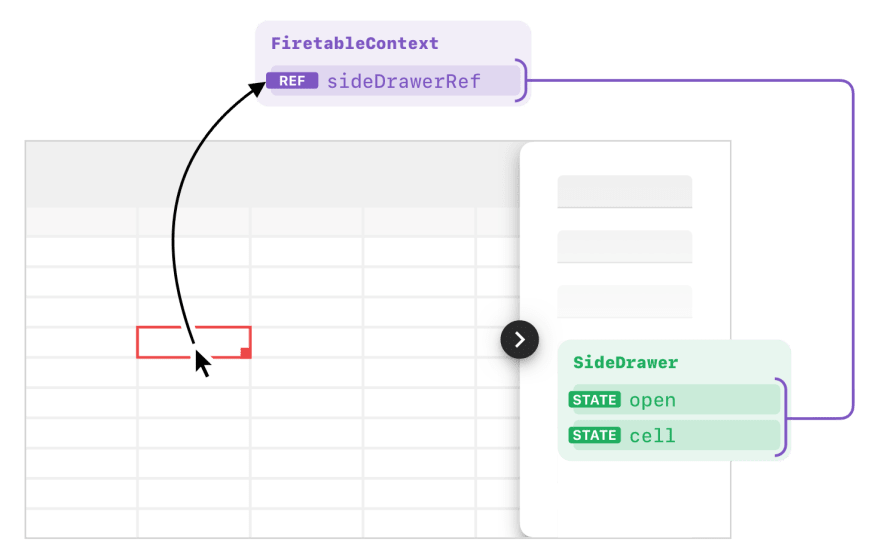 The code below is an abbreviated version of the code used on Firetable and includes the TypeScript types for the ref:

Side note: since function components run the entire function body on re-render, whenever the cell or open state updates (and causes a re-render), sideDrawerRef always has the latest value in .current.

This solution proved to be the best since:

You can see how this is used in Firetable here and here.

This doesn’t mean you should go ahead and use this pattern for everything you build, though. It’s best used for when you need to access or update another component’s state at specific times, but your component doesn’t depend or render based on that state. React’s core concepts of lifting state up and one-way data flow are enough to cover most app architectures anyway.

Thanks for reading! You can find out more about Firetable below and follow me on Twitter @nots_dney as I write more about what we’re building at Antler Engineering.

Excel/Google Sheets like UI for Firebase/Firestore. No more admin portals!

Firetable makes it easy to use key Firebase products 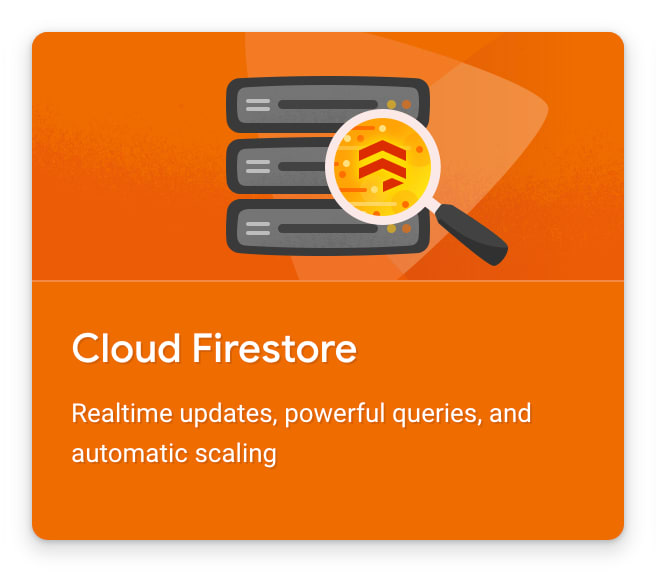 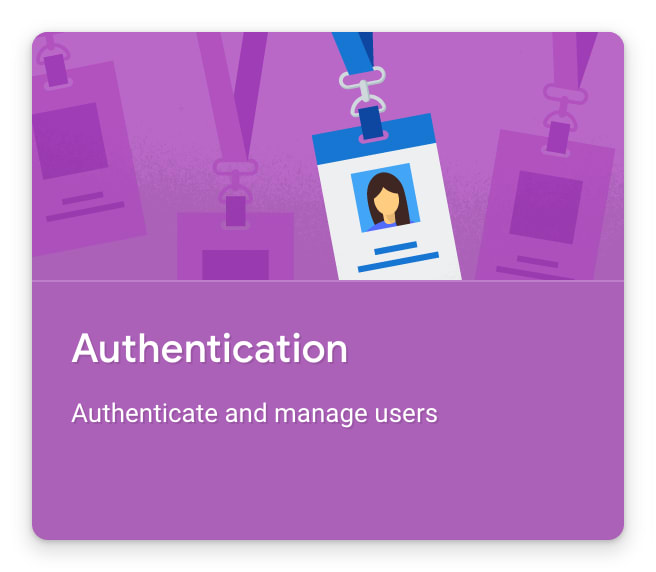 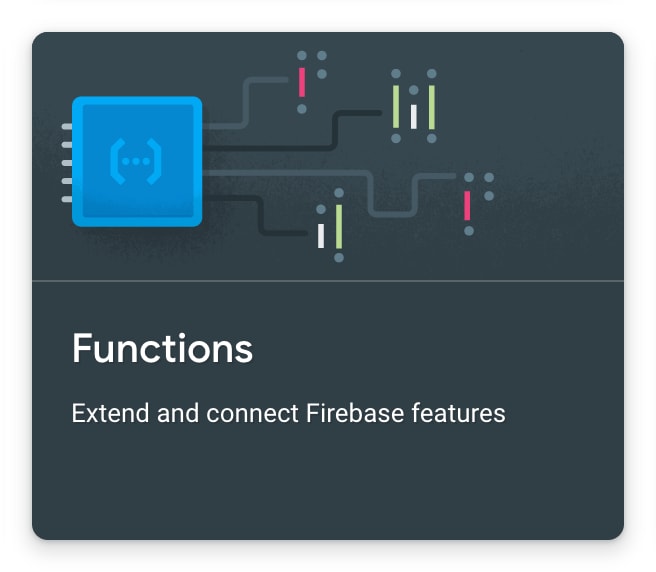 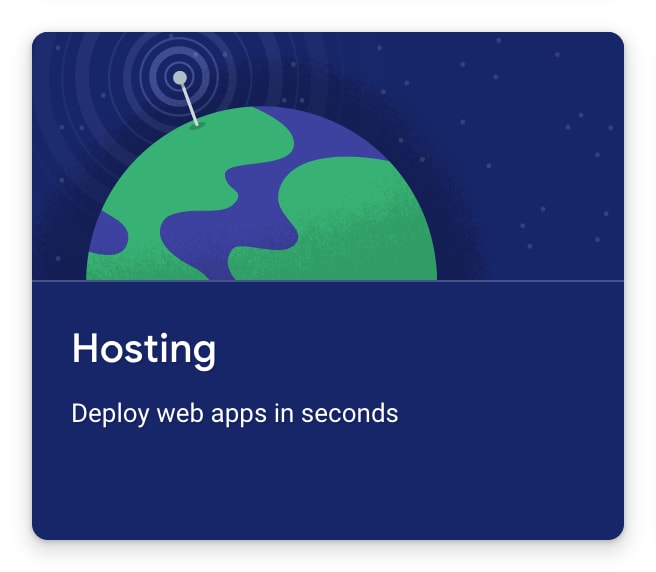 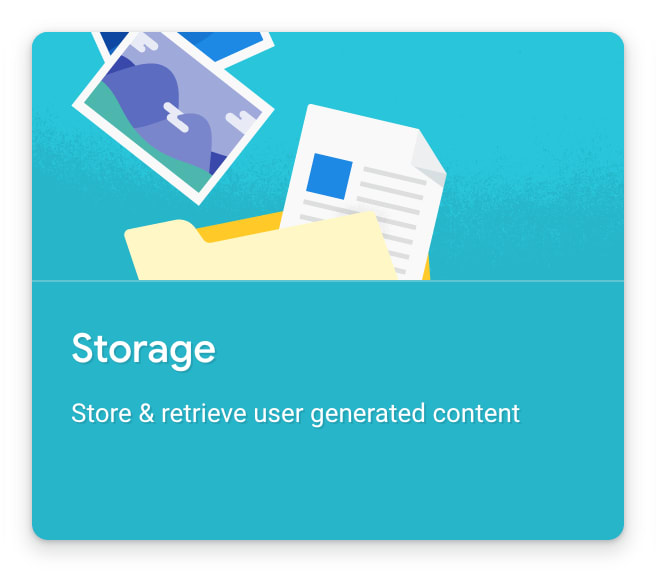 If you’re launching a product and are hungry to build your next company, Antler would love to hear from you. We’re accepting applications all across the world! Apply here.

5 Reasons to use Node-js along with React-js