Go language is a language developed by Ken Thompson, Robert Pike as well as Robert Griesemer. This language is uploaded and supported by Google. The language was first released in the year 2009 for the public masses. When Google decided to support go language it decided to create the best language which can be future-proof technology for developers and programmers. 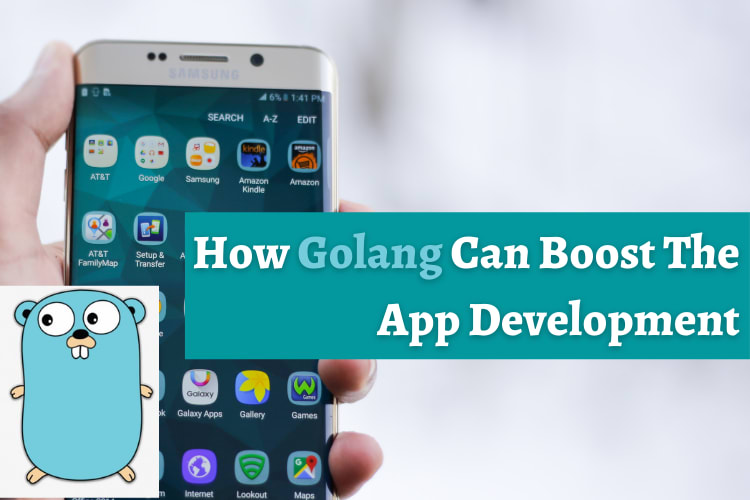 The intention behind Google to develop such a language was to combine the different aspects of Technical programming languages along with the features of modern languages. Because of this, Go language successfully combines the various features that many programmers and Developers desire to have in their technology domain. The go language is able to offer various features and functions such as pointer arithmetic, inheritance, method as well as operator overloading, and many other different features. The Go language is developed to be an open-source language thus making it an efficient, better, and clean language that accelerates the process of development with time remaining in an easy task.

Go was able to make international headlines about 4 years back in 2017. A recent survey conducted by the TIOBE index of various languages and platforms was able to emerge amongst the successor to be the best Epic and language that beat Java, C as well as python, to win the language of the Year award in 2017. This achievement has triggered more interest amongst developers and designers to use the language for various kinds of applications.

In recent times, golang has witnessed superb growth in popularity and efficiency since 2016 due to its ease of learning and pragmatic approach to development. There are several developers and programmers who have to strengthen their skill set in development using go language.

At present many developers have several Technologies and language platforms to Use in order to develop cross-platform applications in, however in spite of this go language remains the winner because of its cost simplicity and efficiency, as per is code safety and combined concurrency that it offers.

Go language is free from the complications of type inheritance as well as classes, which makes the structure as well as Syntax pretty easy and simple to understand. Language is easy to learn because it implements functions in a simple way. Many companies and corporations use the same language as the development efforts to be cheaper and much faster than traditional development efforts. Go language provides developers and designers with the flexibility and efficiency that enables them to create a minimum viable product in the least time possible, thereby releasing a product to market in record time.

Expert developers and professionals who have worked with several languages have their opinions based on the go language because its efficiency and performance are much better than many other languages. Comparatively, it offers 2x better performance than Python versions 2 and 3. The resources offered by go language are affordable as compared to programs executed by Python threads.

There are several features such as the concurrency model and CPU scalability that play a significant role in boosting the performance offered by go language. The concurrent feature offered by golang has saved productive and developer time as multiple different processes can be done simultaneously and efficiently during the same execution objective. The Go language provides concurrency health and precious developer time and is proved to be as efficient as that offered by Java, C++, and C.

There are several developers who prefer to use the go language shifting from old languages to the new ones. Go provides an easy-to-follow syntax and looks cleaner and more efficient without having any major change in syntax. Developers are able to master the new syntax in a short period of time. even the documentation provided by the whole language supported by Google is easy to read and understand

The various processes of development suggest heading code samples testing and profiling is made easy due to the simple syntax offered by this language. Language also provides API integration which makes it easy to implement third-party API in then applications been developed. Developers and programmers are able to run parallel tests and too much more programming tasks in and simple and more efficient way.

Professionals who have experience in using the standard library tools find writing command-line applications and instructions as something straightforward.

This flexible go language can be used in a wide variety of applications that encompasses hot Technologies such as machine learning, big data and AI. Several companies and firms choose to use go language because of an excellent microservice architecture as well as backend apps development that avoids the use of JavaScript.

Go language comes with various packages that enable developers and programmers to handle cryptography, input-output and even support the development of a web server. The go language provides built-in functions as well as access to a library that ensures developers do not need to integrate and use third-party widgets. There is community support in 20 full communities of about half a million programming experts.

The documentation provided by the go language features various illustrations and examples wherever necessary that can be used by developers and programmers to easily understand concepts and master the programming fundamentals. Developers find it easy to access the documentation and use it to master new concepts they can implement in their programming applications pretty easily and efficiently. The developer’s task becomes easier and more efficient due to the robust documentation being provided and supported by Google.

Conclusion:
Due to the various features that have been discussed, it can be concluded that the go language is apt for the development of applications and can easily boost app development. You can Hire Golang Developer from Nimap if you are looking for app development. Hope you like this article on How Golang Can Boost App Development.

How to Handle Errors in Go

Top 10 Python Use Cases and Applications