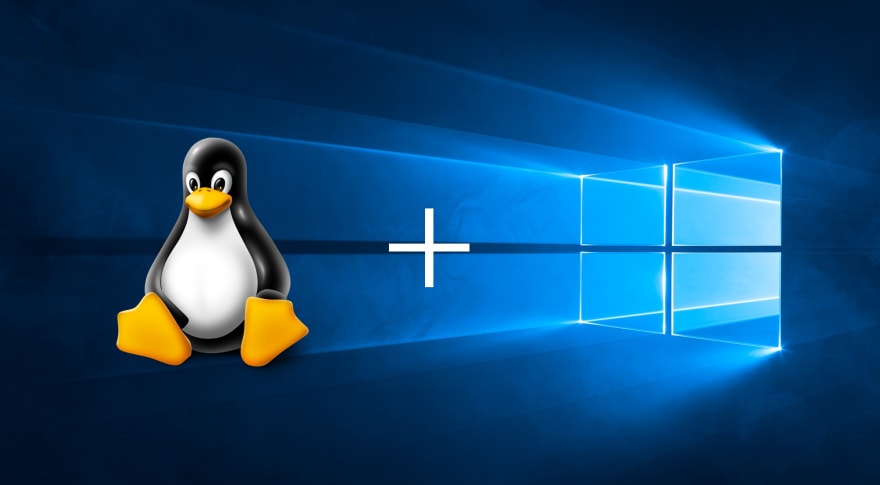 There is a very popular notion that Linux is the best OS for software development but Windows is more easy and comfortable to use. That must have made many of you to wonder if there were some way to run Linux Kernel below Windows GUI. If we could achieve this, we would get BEST of Windows and Linux in a single OS.

How is WSL different than Dual Booting OR running a virtualization software ?

If you are a guy who believes more in seeing stuff rather than reading about that stuff, you can have a look at the photo mentioned below. 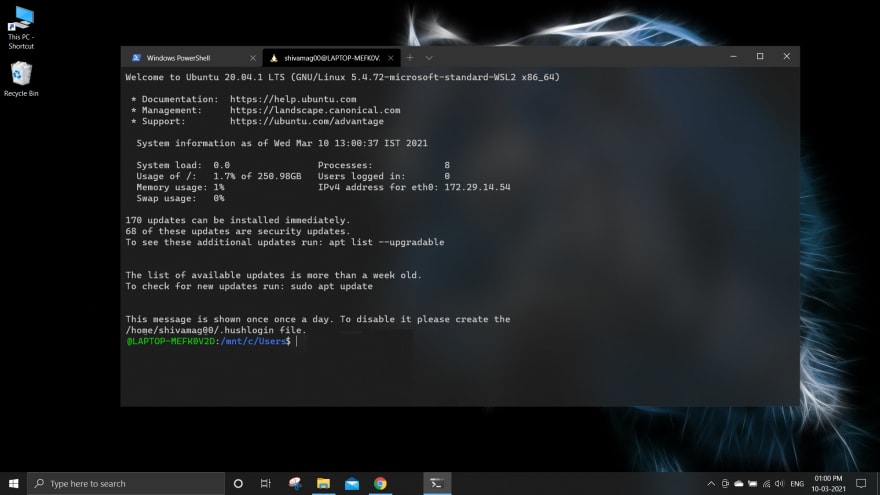 In the above image, you can see that a linux terminal is running on a windows PC just like Windows PowerShell.

How to Install WSL?

In this article, we will tell you how to enable WSL2 and install a Linux Distro of your choice. WSL 2 is the latest version of WSL and is even better. To know more, you can visit this Microsoft Docs link.

There are two options available for installing Windows Subsystem for Linux (WSL):

This command may take anywhere between 40–90 minutes to run. Moreover, not much will be output to the terminal when this command is getting executed. Hence, you must wear patience caps when you execute this command :)

To update to WSL 2, you must be running Windows 10.

Restart your machine to complete the WSL install and update to WSL 2.

Run PowerShell and execute this command to set WSL 2 as the default version when installing a new Linux distribution:

Once the distribution’s page is opened on the Windows Store, select Get to install that distribution.

The first time you launch a newly installed Linux distribution, a console window will open and you’ll be asked to wait for a minute or two for files to de-compress and be stored on your PC. All future launches should take less than a second. 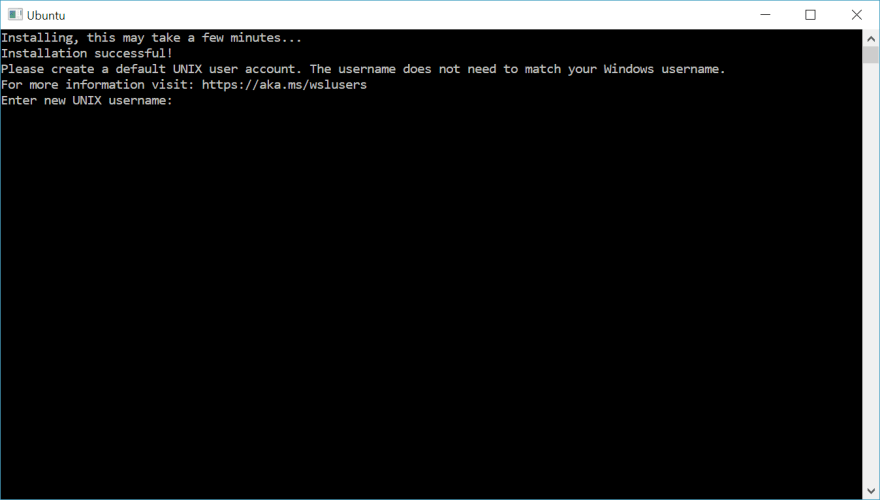 You’ve successfully installed and set up a Linux distribution that is completely integrated with your Windows operating system!

We would also recommend that you should install Windows Terminal. It is completely optional but would enhance your experience with WSL significantly.

To know how to install Windows Terminal, you can visit this link

How to Create Zip Your Code From Visual Studio Code

All About linux karnel and it's distros

Installing EndeavourOS on a USB flash drive that saves the changes

Once suspended, nilmadhabmondal will not be able to comment or publish posts until their suspension is removed.

Once unsuspended, nilmadhabmondal will be able to comment and publish posts again.

Once unpublished, all posts by nilmadhabmondal will become hidden and only accessible to themselves.

If nilmadhabmondal is not suspended, they can still re-publish their posts from their dashboard.

Once unpublished, this post will become invisible to the public and only accessible to Nil Madhab.

Thanks for keeping DEV Community 👩‍💻👨‍💻 safe. Here is what you can do to flag nilmadhabmondal:

Unflagging nilmadhabmondal will restore default visibility to their posts.