TL;DR: Dear Spotify or whoever wants to get rid of the platform’s aggressive censorship, go build yourself a PWA. 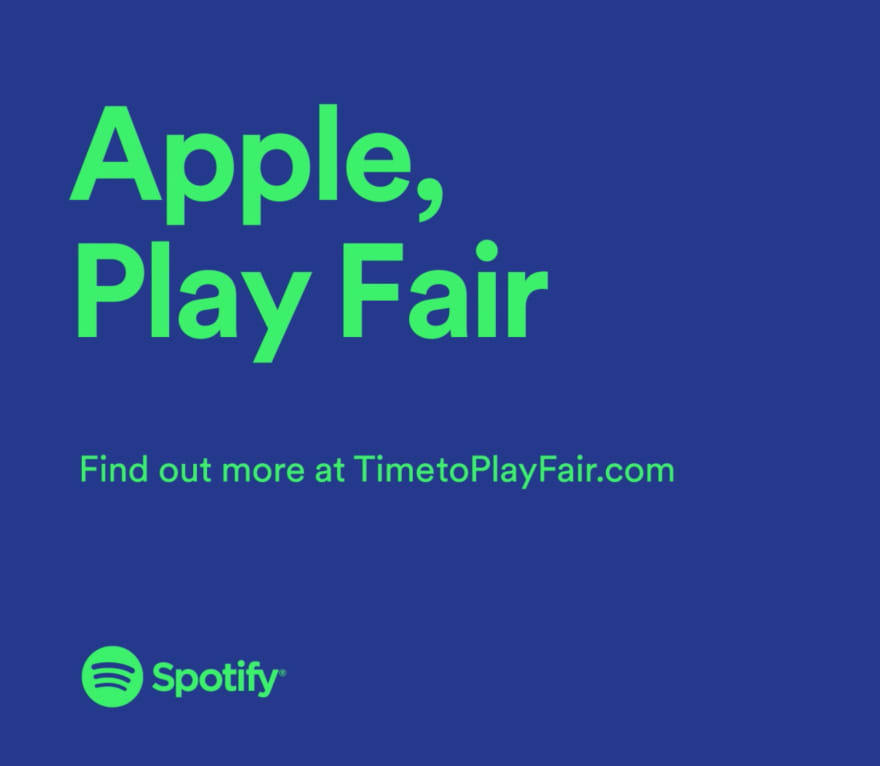 So I’ve recently seen a YouTube video published by Spotify that encourages Apple to “play fair” in tough Spotify vs Apple Music relationship.

It seems like complying to Apple’s subscription apps policy costs Spotify up to thirty percent of the money that they make by providing their subscription-based service.

This policy seems to apply to all the subscription-based music apps around there, obviously except for Apple Music. With that being said, it’s clear that Apple Music will always cost less or will make more money because they don’t need to pay a regular fee to themselves.

The problem here is obviously not only money.

Just remember Tumblr. Being an open, censorship-free platform back in the day, it attracted almost all the indie NSFW creators around and was a de-facto platform for bold and open-minded people.

But as soon as Apple updates their publishing rules to strictly anti-porn way, Tumblr app just couldn’t exist at App Store anymore. They had to obey, and they decided to play rough on their users deleting their content without any notice and banning them likewise.

As soon as the major part of their revenue was generated by NSFW creators, they obviously received a huge bashing online, petitions, revenue going down and all that stuff. Everyone just moved to Twitter, posting “Goodbye Tumblr” all around the web.

The marketplace policy may change anytime and your business can be considered “illegal” by the next change. You will have to obey.

So, if you don’t want to give Apple or Google the efficient and fail-proof way to destroy your business, it’s time to move away from the store.

If you decided to tear the strings apart but don’t know how, you’re lucky enough to make your business in just the right time – the time when PWA is hot and can’t be any hotter.

Do you know why I decided to invest all my free time in learning how to build PWA back then? The reason is simple:

PWA is the one and only way for your app to appear on the user’s home screen while not having to obey the strict and constantly changing marketplace censorship rules that can ruin your business tomorrow.

Here’s the broad list of PWA capabilities on any platform right now:

Here are the useful capabilities that will be around shortly:

Spotify, come on. Subscription-based websites were around before you’ve even existed. What you do is just streaming music over the internet, you don’t need a native app for that.

Just look at Twitter – their PWA is pretty much indistinguishable from their native app. 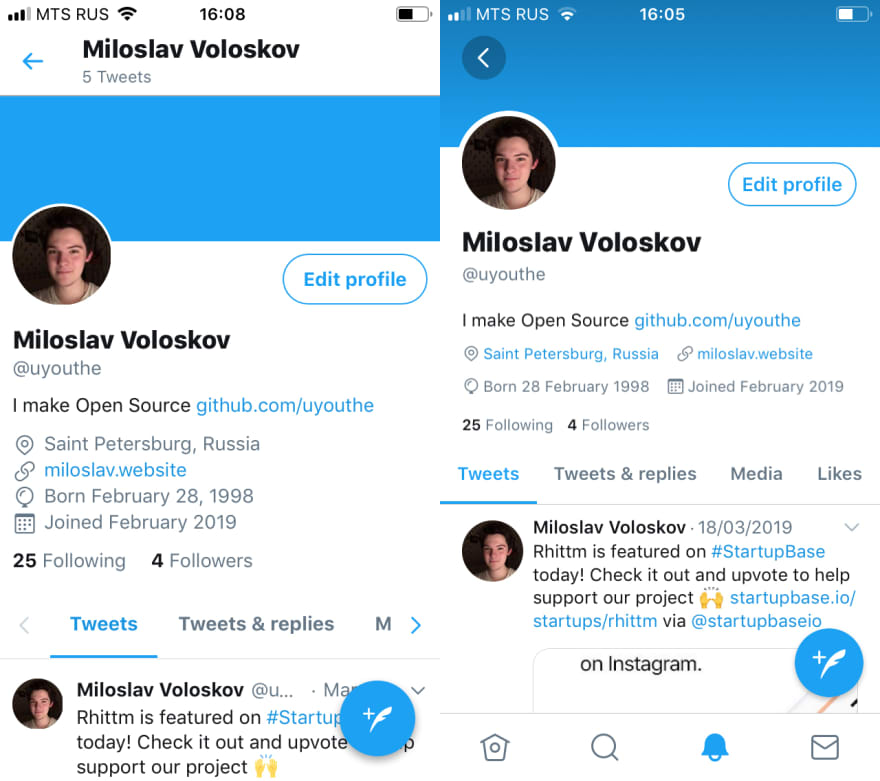 The right is native, the left is PWA. Oh, wait, the opposite way. Ah, forget it.

If you had one opportunity to seize everything you ever wanted, in one moment, would you capture it, or just let it slip?

Come on. Choose the red pill.

Why Vue is Better than React | Podcast