What is Google Code-In?

Google Code-In is a programming competition, by Google, for 13–17 years old students. During the competition, students work with open source organizations to find and fix bugs in software.

It was about one year ago, when I got to know about Google Code-In. I looked at the website but got very frustrated after looking at the challenges from different organizations. I just thought that I can not do it. I am not skilled to take part in such competitions. Back then, I only knew HTML, CSS and JavaScript. These were good enough to take part but I had a lack of confidence.
I continued my learning and learned a lot about React, React Native, Git and open source. After getting some grasp on JavaScript, I took a look at open source projects to contribute on and practice some stuff. At same time, I got to know about Hacktoberfest. I took part in this challenge and successfully completed it by contributing in some open source projects. Learned a lot about how open source works and what is it all about!
There was one month left for Google Code-In to start. Since I had learned about Git and open source, I decided to take part in Google Code-In. But I didn’t think to become a winner. It was okay for me just to take part in it. When a few weeks were left for competition to start, I got motivated and decided to fight for at least Finalist. And when competition started, I was determined enough to fight for winner title.

Competition started and I decided to work with AOSSIE as suggested by someone. After two or three days, I felt that AOSSIE was not good for me. I got stressed because I was not able to understand the tasks, they had. I changed my decision on suggestion of a friend and switched to FOSSASIA. And it was the one of the best decisions of my life.
I started my work with FOSSASIA. First, I had a detailed look at their projects and finalized some projects to work on. I got some projects that suited my skills like React, Electron and other web stuff.

Now, I was constantly working on different task to solve problems, find and fix bugs in applications and improve documentations. I asked for help from different mentors. Solved bugs in FOSSASIA's applications and even added new features in the apps. Those apps included React web apps, Node.js apps and desktop applications built with React and Electron.

When competition was in its last phase, I was loosing hope as I was not finding more problems to solve. I even decided to quit with no hope of winning. But my friends motivated me to not to give up and just keep working. Now, I decided not to quit and keep working until the competition ends without thinking that I will win or not. As someone said,

Life is not about destination. It's about journey!

So, the journey started once again with a new spirit and I decided to contribute again. Finally, the competition came to an end and I was done. I thanked my mentors and other fellows for a great experience. I was determined to continue my open source journey with FOSSASIA even after the competition ends as it feels amazing to take part in building a real world software used by millions of people around the globe. I hoped to become a winner, runner up or a finalist!
On 2nd February, I received an email stating, “You are a Google Code-In 2019 Runner Up!”. 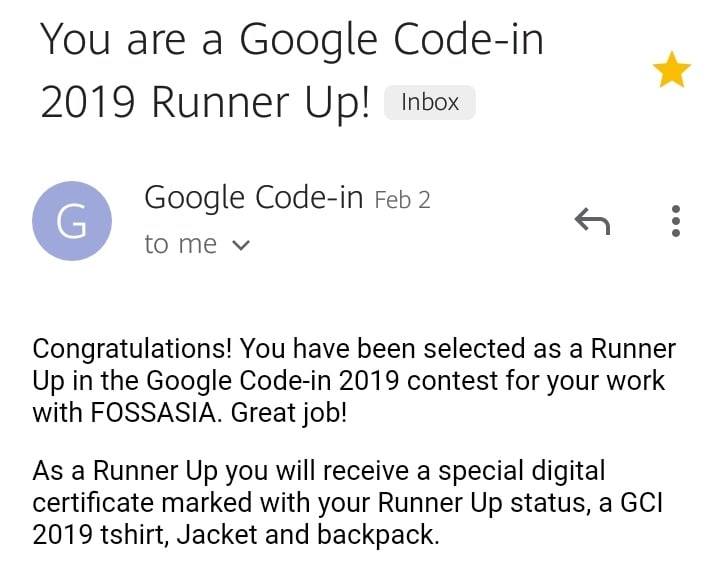 I was really happy at the moment and I could not believe it. I felt very proud as I was the first Pakistani student who achieved Google Code-In Runner Up title. Google announced the results on 10th February. 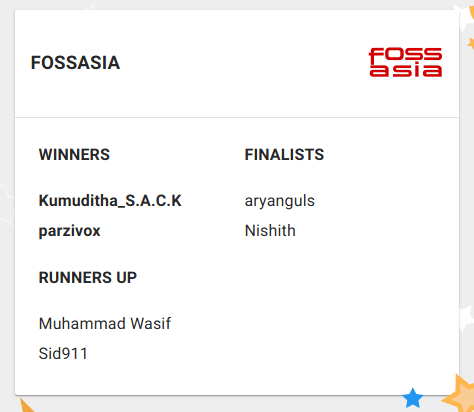 Now, I feel really proud to say that I am Google Code-In Runner Up! I wonder when I look back that how I decided not to take part in it because I was not skilled and now, I became a runner up!

I will get few gifts from Google. These gifts include

Have a look at the stuff! 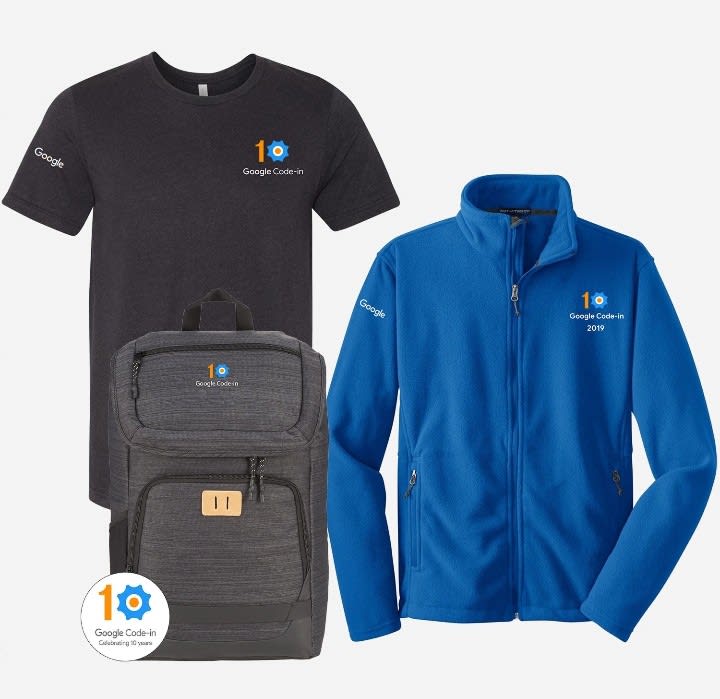 Journey was full of great experiences. I enjoyed very much contributing in open source software. Being a 17 years old student, I learned a lot while contributing to real world software. You can see my progress by looking at GitHub contributions graph and by comparing it to past days.

I am thankful to everyone who helped me during my whole journey. The most important thing I learned form contest is not about programming or other open source stuff. Instead it is,

All you need to do is to believe yourself. Don’t ever doubt your capabilities and enjoy the process. Because, it’s about journey not destination!

Here are a few links you may like to visit: