okay..till now we have pulled some official images.

You can see this from the official docker hub: https://hub.docker.com/_/nginx

If you go to docker hub, you can see this :

While we pulled the nginx:mainline, you can see that few layers were already existed and others were pulled. SO, that is the benefit of having an image .

We previously had nginx image and thus few layers where existed. Now, as we pulled mainline tag, we just had to pull few layers.

tag is used to use the newest tag of that image of copy.

Oh! Before that, log in into your system using docker hub. SO that you can create an image and push it to docker hub.

we have also checked our newly created image.
As our image will not be an official image, thus we have used "user_name/image name" format.

now, lets push it to our dockerhub profile

You can see that the docker hub has this one 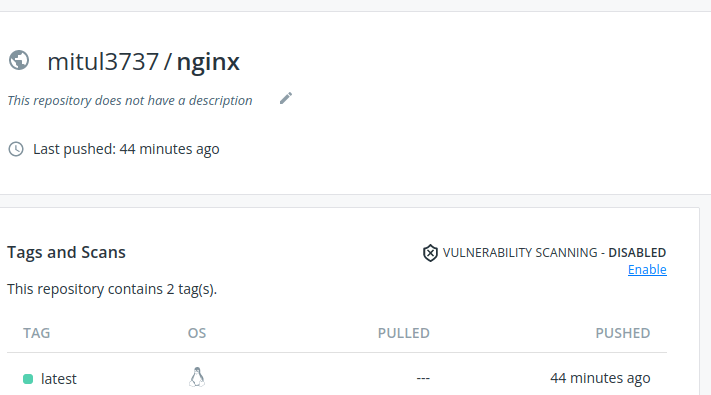 It has the latest tag with it.

Now, lets change the tag and of our image add another layer over it.

Now, lets push it to our docker hub

Look carefully, the layers exists . This means that they are not re uploaded. while copying from mitul3737/nginx to mitul3737/nginx:testing, we copied everything and just gave it a new tag . Thus no new layers were added and we had nothing to uploadd.

In the docker hub: 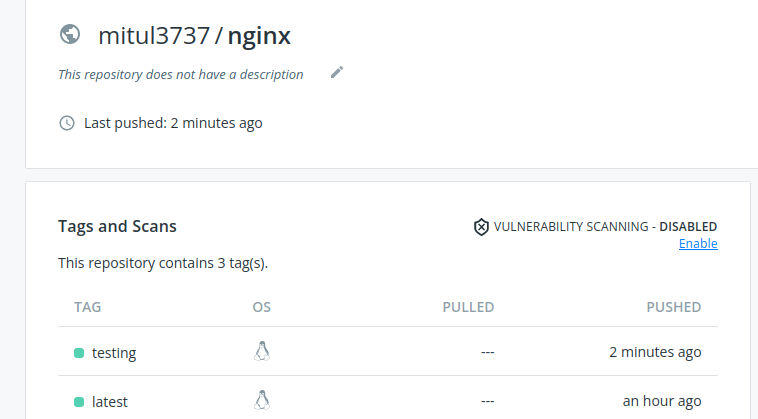 How To SSH Into An ECS Fargate Container