Would you like 1-on-1 help from industry experts to help you break into tech? In this weeks' article, I cover MentorCruise's new Podcast featuring tech celebrity Dylan Israel, the guest on episode one!

Through MentorCruise, you can hire a dedicated career coach to help and support you in reaching your goals for a flat monthly price.

"Want to ace your next job interview? Successfully build your startup? Itching to learn high-demand skills? Work smart with an online mentor or coach by your side to offer expert advice and guidance to match your zeal. Become unstoppable using MentorCruise."

Dylan Israel is currently a Front End Engineer II at Amazon, a Mentor, and an Educator.

Dylan has built courses on JavaScript, TypeScript, and Front End technologies. He speaks at conferences, has created over 1,000 videos on software engineering, and is Co-Host of the "Self-Taught or Not" Podcast.

The MentorCruise Podcast is a brand new Podcast consisting of in-depth conversations with their Mentors.

Dylan Israel is the first guest on the new MentorCruise Podcast, and the topic is "Breaking into big tech."

Dylan discusses his path to success as a self-taught developer during the Podcast, from his humble beginnings to landing his first job at a "FAANG" company.

"It took four years to be an overnight success!"

Like many people, Dylan chose to go to college because it was the typical path. Admittedly, Dylan only gave college a "half effort" because he wasn't happy there.

Dylan decided to drop out of college to pursue becoming a software engineer on his own. He describes his first job in tech as "a cross between a business analyst and a technical writer." He worked 50 hours a week.

While learning with these online schools, Dylan created his own YouTube channel, where he documents and teaches what he is learning.

"I just wanted an interesting side project that would catch people's eyes, and maybe I could make some money in the best-case scenario."

Many people found Dylan's resourceful and inspirational YouTube channel and coded along with him, including me!

However, not everyone shared my positive opinion of Dylan Israel's YouTube Chanel. Throughout his self-taught coding journey, Dylan has come across traditionally trained developers and "Trolls" who were vocal about their disbelief in his ability to become a professional engineer.

"The comment was like, Hey! Self-taught engineers will never be engineers or something like that. Part of it was maybe a chip on my shoulder and being like, listen, I can work anywhere, and I will prove it to you, and am going to Big 4, big tech companies."

Dylan pursued his journey and persevered in becoming a professional engineer despite their negativity.

How Dylan landed a job at Amazon

Dylan worked at Price Waterhouse Cooper, a big company, but not a big tech company. He credits all of his "passion projects" in drawing the attention of tech recruiters.

"For the recruiters to reach out, they have to say, 'Hey, maybe this person knows what they are doing and is a very passionate engineer, and let us give him a shot.' Right?"

Dylan secured an interview at Amazon through a recruiter that reached out to him. Two weeks after the interview, Amazon hired Dylan. 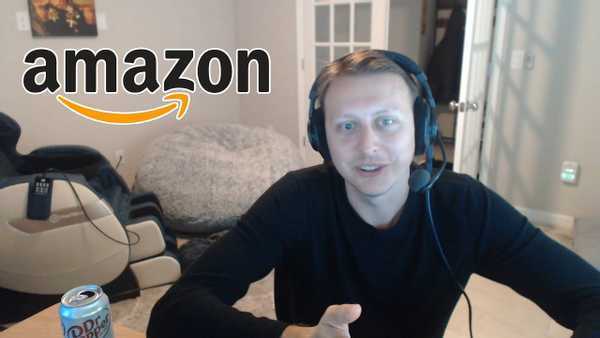 What to expect at a FAANG interview

Dylan informs us that each FAANG interview is a four to six-hour process.

"I had 5 FAANG interviews before I got my first FAANG job, right? And that is not a fun process to go through by any means, right? That is probably 30 hours of just interviews that did not amount to much of anything other than a learning experience. It absolutely is worth and it absolutely has made me a better engineer and has had a positive impact on my career trajectory."

Dylan tells us, although all of his "passion projects" got him the attention he needed to get his foot in the door of FAANG companies, during the interview, all of that "goes out the window," and it's straight onto "data structures and algorithms tests."

In addition to data structures and algorithms questions, FAANG companies also require you to take behavioral tests. Dylan tells us that we need to show that we have confidence, and we need to believe in our own skillset, or "people are going to pick up on that," and they are not going to hire us.

What FAANG companies look for in candidates

During the Podcast, Dylan provides us with valuable information on what big tech companies look for in candidates:

"It is like, hey, we want somebody who brings something different to the team, and it is going to make the team better."

Dylan tells us there are many applicants to the big "FAANG" tech companies and explains what the applicants have in common and what will help you to stand out.

Applicants have in common:

How Dylan stands out from other applicants:

"How am I different than other engineers? Well, I build courses, I do YouTube. I have podcasts. I spoke at conferences. And then they were, great! We found our diamond in the rough type of guy."

Dylan also tells us, to pass the interview, we have to be confident and be able to articulate our expertise clearly.

What Dylan does at Amazon

Dylan works at Amazon as a "Front End Engineer II" on a project called Explore.

Dylan describes the Amazon Explore project, "we are digitizing travel and experiences. It is a web RTC real-time streaming app, a pretty fun thing, different than building your traditional e-commerce platform or component library that I have done in the past."

You can use this link to check out Amazon's Explore, which is currently in its beta version.

Dylan as a Mentor

Dylan is a top mentor on MentorCruise with a five-star rating from over thirty mentees.

Also, Dylan provides his own created courses for FREE for all of his MentorCruise mentees! 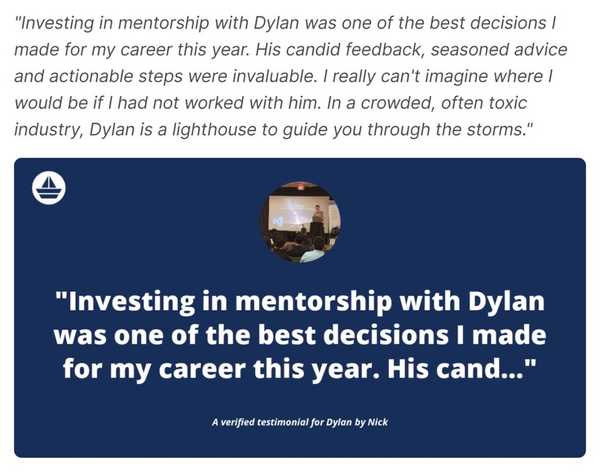 You can read the entire transcript and listen to the full episode on the MentorCruise website!

Erik Hanchett as a Mentor

Did you know that Dylan's Self-Taught or Not Podcast Co-Host Erik Hanchett is also a MentorCruise mentor?

Erik has a Bachelor's Degree in Computer Science and an M.B.A. in Entrepreneurship from the University of Nevada, Reno. Erik also works at Amazon as a Front End Engineer.

To learn more about Erik, you can read my article: Erik Hanchett: Advice on how to get your first developer job from an Amazon Front-End Engineer

The host for the MentorCruise Podcast is Dominic Monn. Be sure to give him a follow!

Dylan's YouTube channel CodingTutorials360 has over 79,000 subscribers, and the channel's total views are over 5.8 million.

"Coders and inspiring programmers have come to the correct channel. Daily uploads of multiple object-oriented programming languages. Specializing with JavaScript and its frameworks such as jQuery, Angular, React, and more. Most of the content is focused around online tutorial sites such as Codecademy, FreeCodeCamp, and CodeCombat."

The Self-Taught or Not Podcast covers the "do's and don'ts" of software development and is hosted by Dylan Israel & Erik Hanchett.

Dylan tells us he put his YouTube and Podcast on hold as he is currently building courses.

Many self-taught developers find their way to w3schools when learning how to code, including Dylan. Now Dylan is creating "TypeScript" content for w3schools!

My other Dylan Israel articles

In just under five years, as a self-taught developer, Dylan Israel went from being a college dropout to a six-figure employee of a highly sought-after "FAANG" company, Amazon.

In addition to building his online presence through his YouTube channel, Podcast, courses, and public speaking, Dylan credits having a mentor as a significant contributor to his "path to success."

Dylan has come full circle; He was instructed by a mentor and is now a five-star mentor at MentorCruise!

Are you now interested in 1-on-1 help from a MentorCruise industry expert? Have you already been mentored by an industry expert, or are you a mentor yourself? Please share the article and comment!

Share your experience with feelings of embarrassment during code reviews

What are some of the coolest things you've made using *just* HTML or CSS?

DevDiscuss Episode 8: Our Least Favorite Things About Our Favorite Languages

Michael J. Larocca
Hello, I'm Michael. Like many people, I am an aspiring self-taught web developer.
How to use LinkedIn as a developer to get a job in tech
#linkedin #career #recruitment #networking
LinkedIn Profile Optimization With Austin Henline
#linkedin #networking #recruitment #scrimba
Tech Rally - Career Tips From an Amazon Dev
#scrimba #recruitment #twitter #career