To get the count of a specific keyword or a term from the contents of a file, we can use the cat command followed by the path to the file, then the | operator (aka pipe operator), then the grep command, then the keyword you want to search for and finally the -c flag (count flag) in the Linux terminal.

Now, we want to find the number of times a specific word occurred or count of the word Wikipedia from the contents of the myFile.txt file. We can do that using the cat and grep commands like this,

The output of running the above command may look like this, 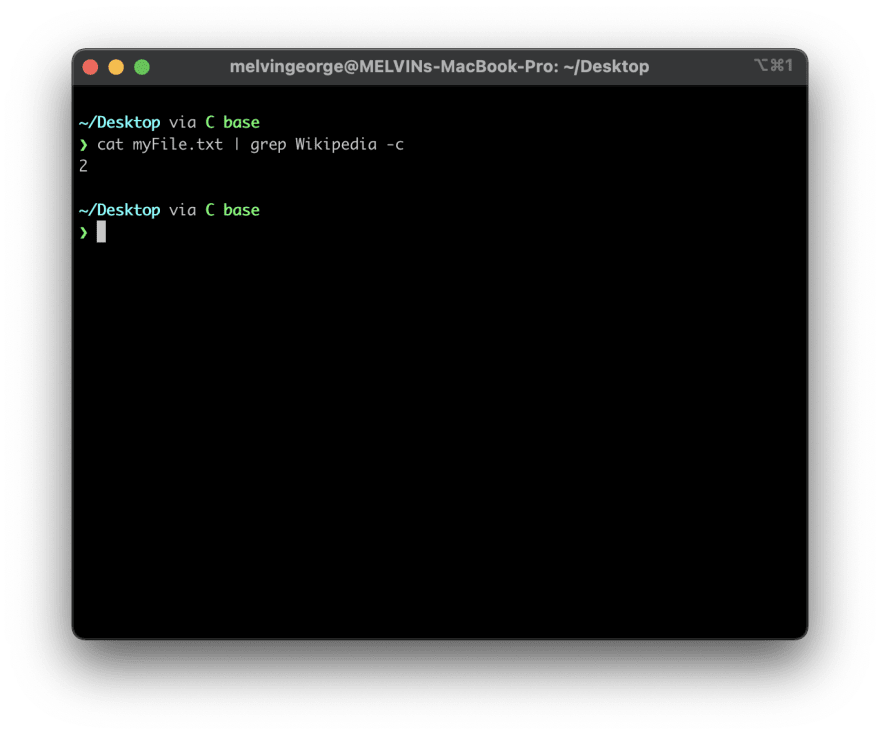 As you can see that the word Wikipedia has a count of 2 in the above output.

See the execution of the above command live in repl.it.

Feel free to share if you found this useful 😃.

How to Program iOS on iOS

Difference between UI and UX ?

How to Integrate macOS Notarization into CI/CD jobs