JSX stands for JavaScript XML. A JavaScript wrapper around HTML tags. The JSX is more powerful than the traditional HTML.

It is built to allow React show more useful error and warning messages as well as other cool features that does'nt come with the traditional HTML.
You can read more about the cool feature of JSX in the React JSX Introduction

JavaScript XML (JSX) which allows us to write HTML in react is not understood by the browser out of the box. Hence react developers rely on compilers like Babel or typescript to transform JSX code into regular JavaScript.
Even the preconfigured create react app toolkit include a JSX transform under the hood.

After the release of react 17, the Facebook team made an improvement to JSX transform. The team worked with babel to offer a new rewritten JSX transform for react users.

With the new transform, one can use JSX without importing react
Also the compiled output may also improve the bundle size which may depend on ones setup.

This update as promised by the team would not change the current JSX syntax and upgrading to the new JSX transform is not required. So users who are currently using the older transform do not have to upgrade if they choose not to as the old JSX transform will keep working as usual.

What’s Different in the New Transform?

Normally when we us JSX, the compiler transforms it into React function calls that the browser can understand. This means that The older JSX transform would turn JSX into

For example, lets say we have a simple function component that says Hello World

Under the hood, the old JSX transform would turn the JSX into regular JavaScript:

However, this is not perfect:

Hence when react 17 was released to make react upgrade easier and backward compatible, it also introduced two new entry points to the react package that are intended to only be used by compilers like Babel and typescript. So instead of transforming Jsx to React.createElement(), the new JSX transform automatically imports special functions from those new entry points in the React package and calls them.

So for our hello World functional component

The new Jsx transform would compile it to:

Now we can see that with the new JSX transform, we didn’t have to import react. This optimizes our code and gives us access to those performance improvement that JSX React.createElement() doesn’t allow.

Though this is true with JSX, we would still need to import React to use hooks or other exports that React provides

Want to Upgrade to the New JSX Transform?

If you wish to upgrade the new Jsx transform you would need these:

some times with gatsby, one gets a gatsby error such as: 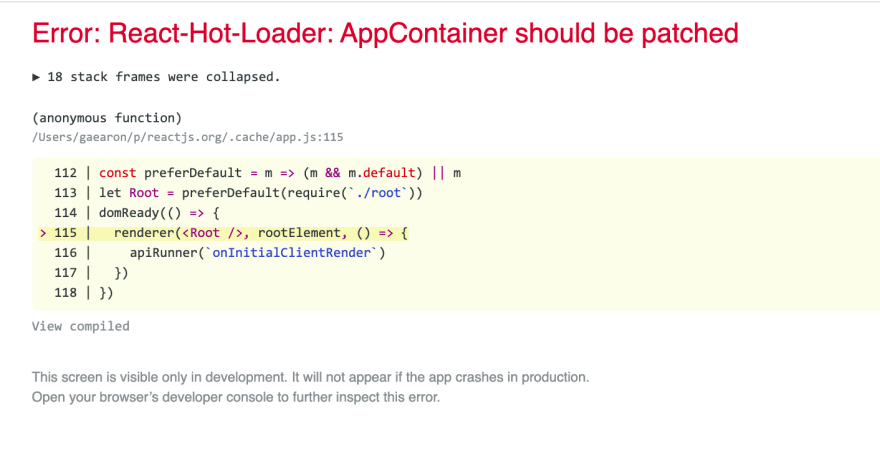 This can be fixed by running

If you are using @babel/preset-react:

Currently, the old transform {"runtime": "classic"} is the default option. To enable the new transform, you can pass {"runtime": "automatic"} as an option to @babel /plugin-transform-react-jsx or @babel /preset-react:

It is proposed that by Babel 8, "automatic" will be the default runtime for both plugins.

Documenting your ExpressWebJs API with Swagger